Corinna Bechko has been writing both comics and prose since her horror graphic novel Heathentown was published by Image/Shadowline in 2009. She has worked for numerous publishers including Marvel, DC, Dynamite, Dark Horse, and Sideshow on titles such as Star Wars: Legacy, Savage Hulk, Angel, Once Upon a Time, Court of the Dead: The Chronicle of the Underworld and the Hugo-nominated series Invisible Republic, which she co-writes with Gabriel Hardman.

Gabriel Hardman is the co-writer and artist of the Hugo-nominated sci-fi series Invisible Republic as well as writer/artist of Kinski and The Belfry, published by Image Comics. He also co-wrote Star Wars: Legacy, Planet of the Apes, Savage Hulk, and Sensation Comics Featuring Wonder Woman with Corinna Bechko. He has drawn Hulk, Secret Avengers and Agents of Atlas as well as the OGN Heathentown. Hardman is an accomplished storyboard artist, having worked on movies such as Logan, Interstallar, Inception and Tropic Thunder.

Find the details for Green Lantern Earth One Vol. Two in the official announcement below:

Hal Jordan and John Stewart team up to save the last Green Lantern Guardian from an evil force! 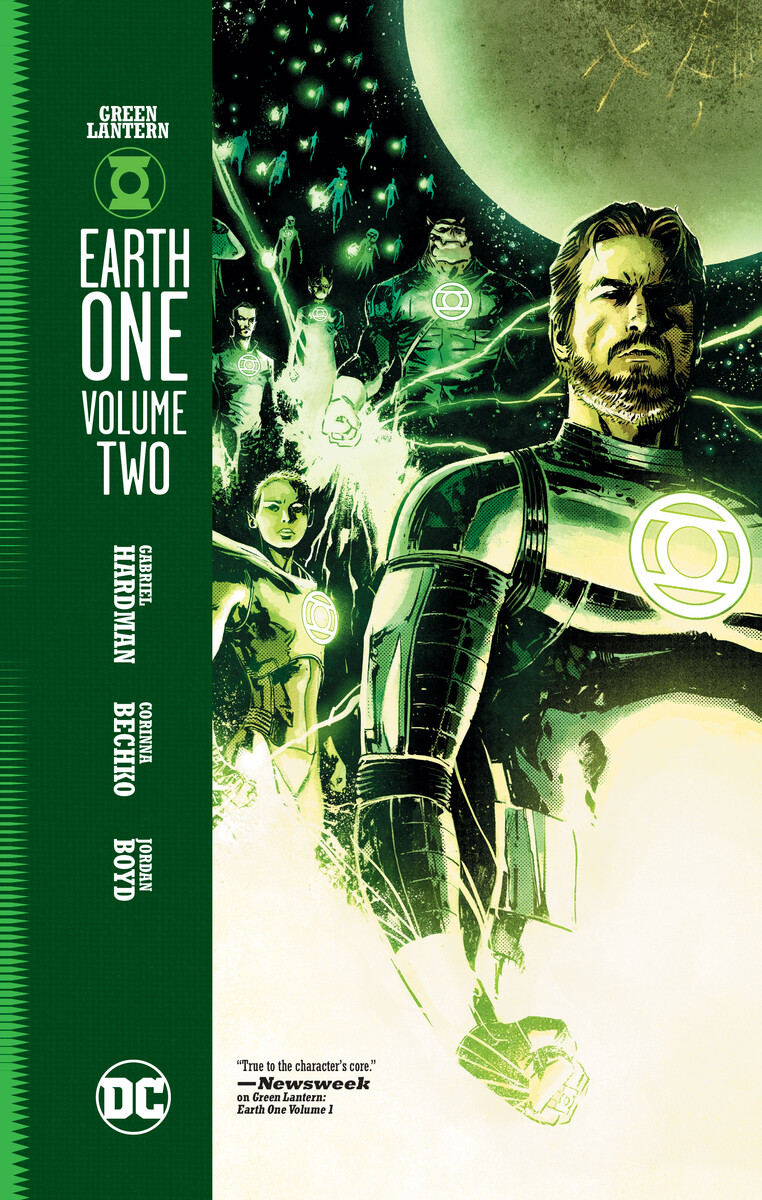 Manhunters, alien races, rings of power—it’s a lot for the people of Earth to absorb. Especially when an interplanetary incident forces their protector, Hal Jordan, to leave on a rescue mission that results in the discovery that there’s a new player in the galaxy: Yellow Lanterns! In this sequel to Corinna Bechko and Gabriel Hardman’s bestselling 2018 original graphic novel, Green Lantern Earth One, Hal Jordan and John Stewart must team up to save the galaxy from an invading force!

Conscripted into service, the Yellow Lanterns are uniformly made up of inhabitants of the planet Qward, located in the parallel dimension where the Guardian “fled” to escape the Manhunters long ago. While they seem a benign force for peace, Jordan can’t get comfortable with how much power they wield, or their bizarre, lockstep behavior. When fellow Earthling John Stewart ends up with a yellow ring, he and Hal must work together to confront the being who destroyed the original Green Lantern Corps—the last surviving Guardian. 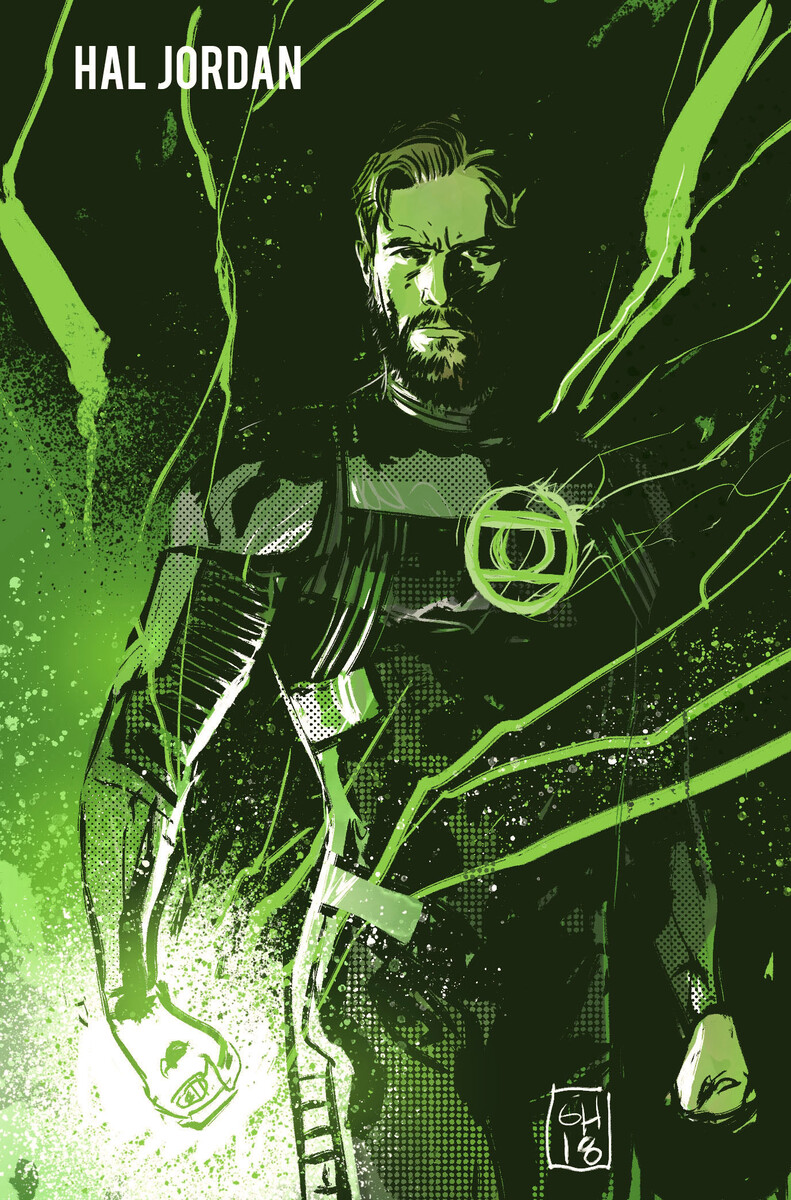 Jordan has re-assimilated into Earth culture on a lunar base, working as a consultant designing a privately funded spacecraft in hope of connecting Earth with the wider galaxy. In the last three years he has struggled with how he can help avert problems on Earth without falling prey to politics or creating unintended problems while still doing everything he can to protect his home planet and try to foster a brighter future. 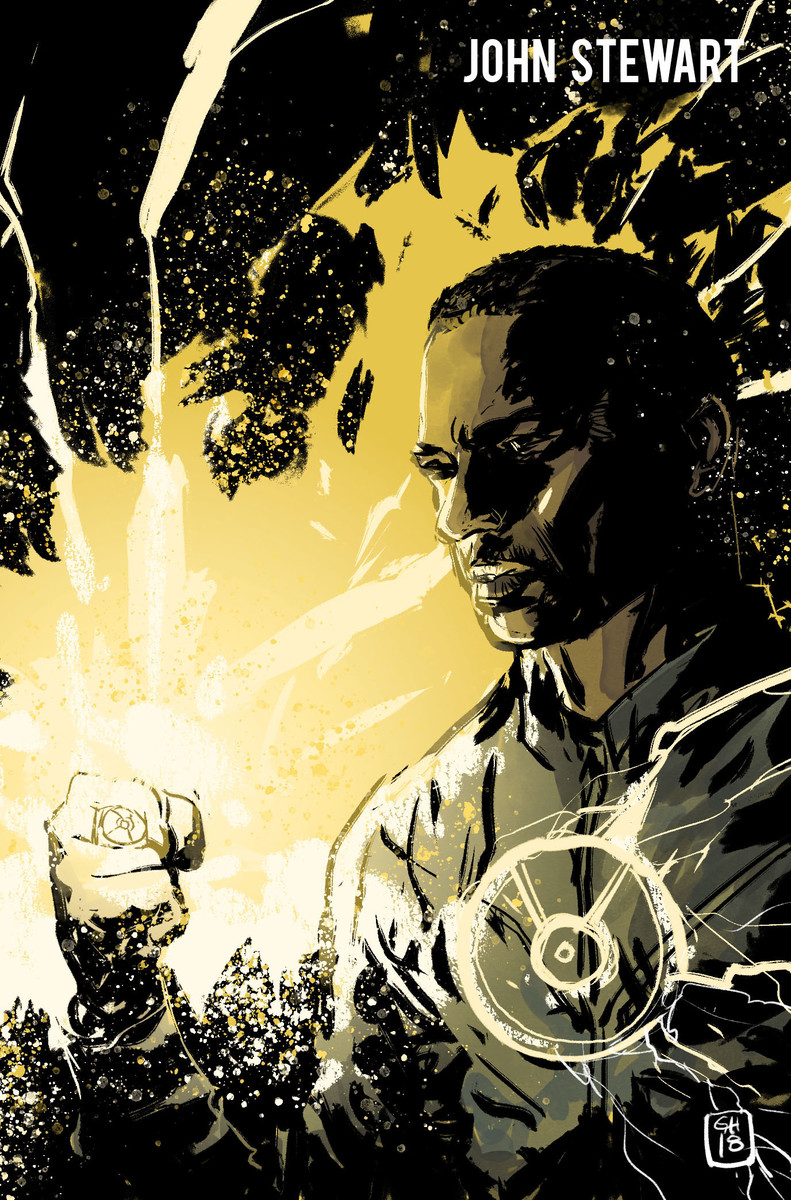 An Earth physicist working on propulsion systems for spacecraft, he jumped at the opportunity to study an alien craft first-hand when a Llaran vessel visited the Sol system. Too bad he was on board when an intergalactic incident broke out. He’s relentlessly curious about his chosen discipline, with a deep understanding of the physics behind energy as it applies to space travel. This gives him the ability to recognize that the Yellow energy is not from our dimension. And meeting Arisia gives him a reason to use it as a force for good. 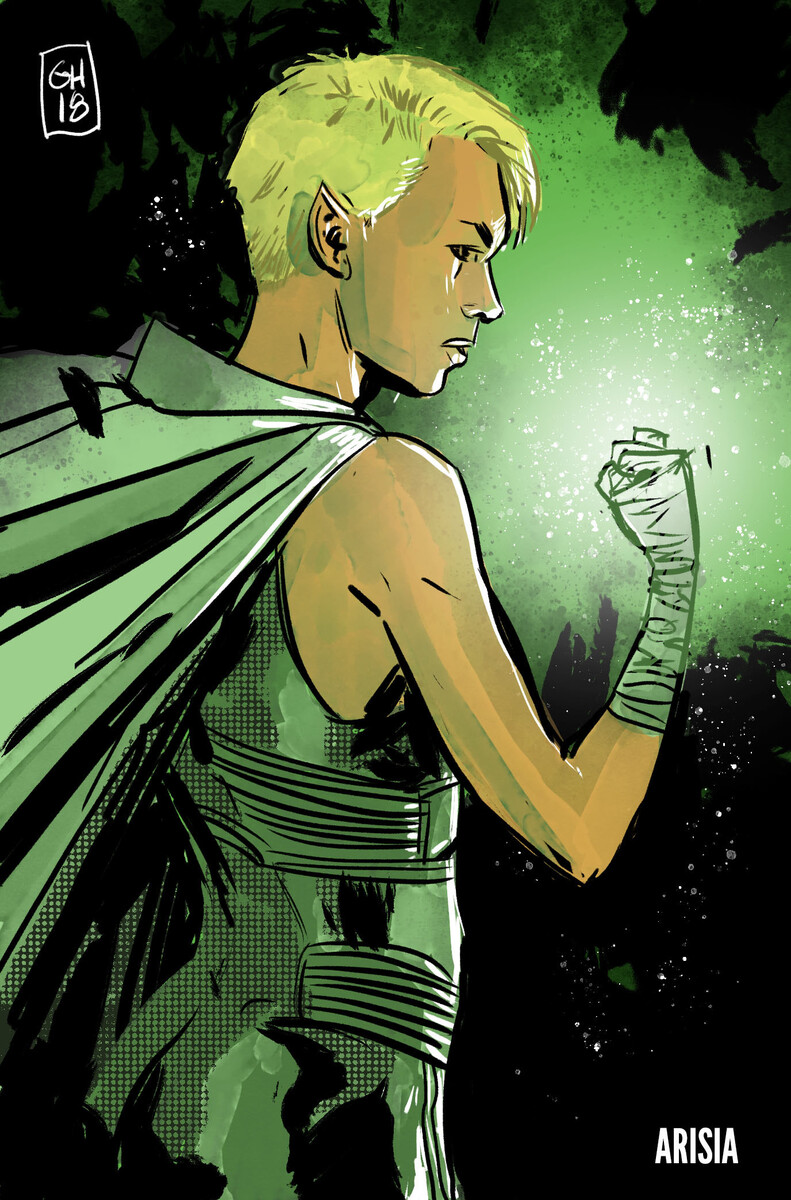 As the most accomplished of the Green Lanterns, her skills are unquestioned. It’s her management style that chaffs some of the Green Lanterns. Or is it just that a collection of individuals always has a hard time becoming a true community? Either way, it’s lonely trying to lead. Fortunately, she may have found a kindred spirit when she meets Stewart.