Home > Movie News > Darkseid Might Be Coming To 'Superman & Lois'

Spoilers follow for Superman & Lois as it's currently speculated Darkseid might be coming to the show which features Tyler Hoechlin as the Man of Steel and Bizarro.

The last few episodes of Season 2 of Superman & Lois have been really good as they explained the origins of Bizarro (watch below!) but they have also possibly teased Darkseid.

Fans think that Bizarro is actually not the main villain of Season 2, but that Ally Allston is the villain, who is the leader of some sort of "inverse" cult that Lucy Lane belongs to.

However, fans happen to think Ally Allston is not really Ally Allston at all but none other than Granny Goodness (notice both are alliterative names), the servant of Darkseid.

Clues Ally Allston could be Granny Goodness comes from the fact she was given a pendant at a young age and told, "It's up to you to finish his life's work."

"Life's work" could be a reference to the Anti-Life Equation and "his" could be Darkseid. 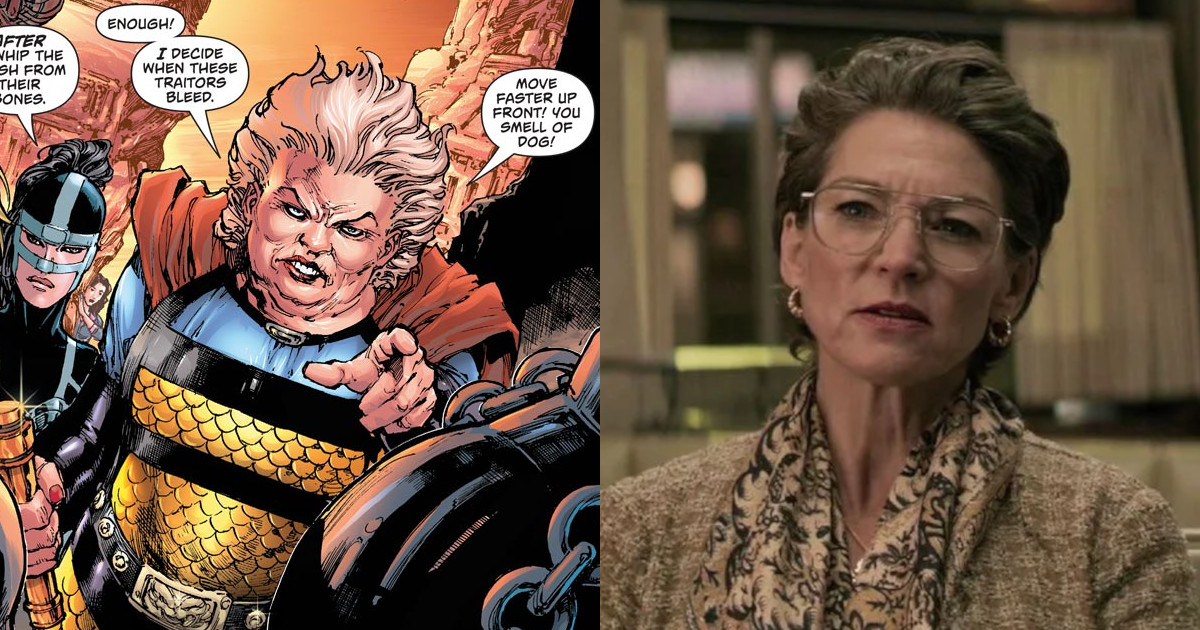 It's also speculated the pendant, which as of now in the series, appears to enable people in the Superman & Lois universe to see themselves or even merge with themselves from the Bizarro universe, as Bizarro told Superman he has to kill Ally Allston in Superman's universe or she will "destroy everything you love, your friends, your family, you'll lose it all. Unless you kill her first."

It could very well be possible that the pendant could actually be some sort of Mother Box and can create a version of a Boom Tube, which might enable travel between different universes and worlds, including Darkseid's Apokolips.

Some fans also think Ally Allston could be a version of Parasite from the comics known as Alexandra Allson who goes on to become a member of Lex Luthor's Secret Society of Supervillains (maybe the pendant enables the absorption of others), so maybe the show is heading in that direction, which instead of Lex might have Tal-Rho as the leader.

What is also rather interesting if Darkseid is used, is that Superman & Lois is produced by Geoff Johns who is said to have disagreed and feuded with Zack Snyder behind the scenes about Snyder's DCEU, so maybe Johns is getting his own chance to do Darkseid right.

Regarding the Bizarro origin scene, in addition to featuring the song "Tried and True" by Ween, the end of the episode featured the same scene but as a mirror/reverse scene, when Superman was arrested for treason. Pretty cool.

Superman & Lois airs Tuesdays at 8pm EST; catch up on the latest episodes on The CW app.