With the San Diego Comic-Con canceled due to coronavirus concerns, a virtual con will stream online at the end of July that includes Keanu Reeves and Bill & Ted 3, Star Trek, The Walking Dead, The Boys, and more.

DC and Marvel Studios are skipping out, though DC has its big DC FanDome virtual convention next month.

No word yet if Kevin Feige and Marvel Studios are going to do anything on their own.

Marvel Comics will be a part of the event.

Check out the TV and film listings below. 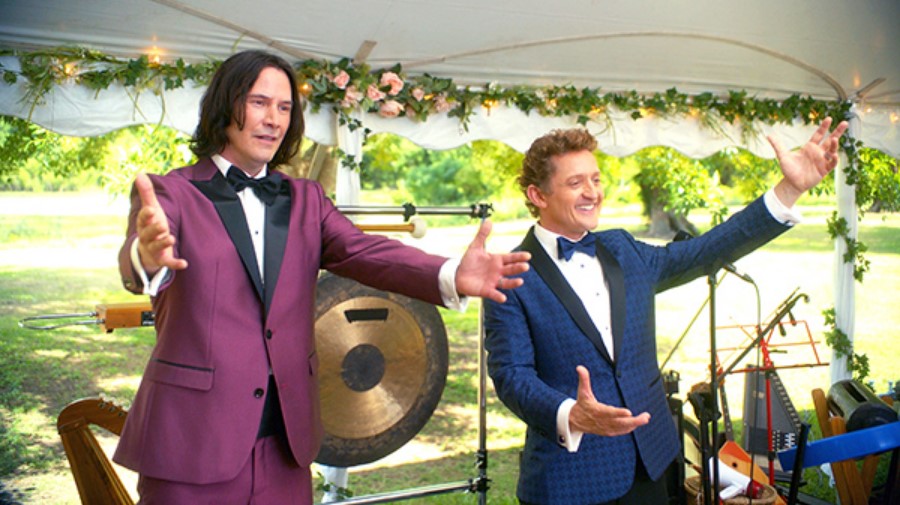 Crunchyroll Industry Panel, 10 a.m.: Hear about all the latest and greatest anime & manga coming out of Crunchyroll straight from the source.

Cartoon Network Studios First Look, 12 p.m.: Special announcements and exclusive clips will ensue for Apple & Onion, Ben 10 vs. The Universe: The Movie, Craig of the Creek, Mao Mao, Heroes of Pure Heart, Victor and Valentino, and We Bare Bears The Movie.

Syfy Presents: The Roast of Todd McFarlane, 2 p.m.: “A panel of industry greats” get ready to celebrate and roast the work of the Spawn creator.

Van Helsing, 5 p.m.: How is the show getting back on track for season 5 in the midst of the COVID-19 era? Find out what the cast and crew have to say.

Charlize Theron: Evolution of a Badass, 10 a.m.: The Oscar winner looks back on her history of playing action heroes, from Æon Flux to The Old Guard.

Vikings, 11 a.m.: Cast members Michael Hirst, Travis Fimmel, Katheryn Winnick, Alex Ludwig, Clive Standen, and Jordan Patrick Smith get back together to talk about their favorite moments from across the show’s six seasons.

The Walking Dead, 1 p.m.: Talking Dead host Chris Hardwick hosts a virtual Q&A with The Walking Dead cast and crew around the season 10 finale, which was postponed due to the COVID-19 pandemic and will now air later this year as a television special.

Continuing the Avatar Legacy, 1 p.m.: The creators and writers of Avatar: The Last Airbender and The Legend of Korra discuss how their beloved world has grown since the first animated series.

Helstrom, 3 p.m.: Showrunner Paul Zbyszewski brings his cast along to unveil the first look at the dark Hulu Marvel series, about the son and daughter of a mysterious and powerful serial killer tracking down the worst of humanity.

The Capture, 3 p.m.: Set in a troubling world of fake news and the extraordinary power of intelligence services, the new original series for NBCU’s Peacock streaming platform previews what’s in store.

Bob’s Burgers, 4 p.m.: Creator and executive producer Loren Bouchard will be joined by Bob’s Burgers cast members H. Jon Benjamin, John Roberts, Kristen Schaal, Eugene Mirman, Dan Mintz, and Larry Murphy for a Q&A that will be sure to break some news on the coming season.

A Zoom with Joss Whedon, 5 p.m.: A panel description is not available.

Deep Blue Sea 3, 5 p.m.: Take a deep dive into the third installment of the Warner Bros. Home Entertainment release with the cast and crew.

The Art of Adapting Comics to the Screen: 11 a.m.: David S. Goyer Q&A. The writer behind such iconic comic book film and TV adaptations including Blade, Batman Begins, Constantine (TV), and Man of Steel, David S. Goyer will reveal all his secrets to success and discuss his long history of work in comics.

The Simpsons, 11 a.m.: Writers Al Jean, Matt Selman, David Silverman, Carolyn Omine, and Mike B. Anderson will talk about how they’ve adapted to developing The Simpsons season 32 in the social-distancing era.

Phineas and Ferb The Movie: Candace Against the Universe, 12 p.m.: The creatives and stars are prepped to share a sneak peek at the Disney+ original movie.

Constantine, 12 p.m.: Keanu Reeves, director Francis Lawrence, and producer Akiva Goldsman reunite to reflect on the making of the 2005 DC Comics adaptation as part of the film’s 15th anniversary.

What We Do in the Shadows, 5 p.m.: Actor Haley Joel Osment, who guested on the show as a zombie, will host a discussion with cast members Matt Berry, Natasia Demetriou, Kayvan Novak, Mark Proksch, and Harvey Guillén.