Diamond released their sales info and charts for October 2018, which includes Marvel coming out on top in terms of units and dollars sold.

Check out the charts and info below:

Sean Murphy's Batman: White Knight, a collection of the best-selling DC Entertainment mini-series in which The Joker, reformed, is Gotham City's hero, was October's best-selling graphic novel and one of the publisher's four books in the top ten. Image Comics had five books in the top ten, led by Ed Brubaker and Sean Phillips' original graphic novel My Heroes Have Always Been Junkies at #3. Marvel Comics' Avengers By Jason AaronVolume 1: Final Host, a collection of the first story arc of Aaron's Marvel Legacy run on the title, ranked #9.

Paizo Publishing's Starfinder RPG: Alien Archive 2, a sourcebook for the space opera role-playing game, was October's best-selling game product and one of the eight Paizo products among the month's top ten. Also in the top ten was IDW Games' Batman: The Animated Series: Gotham Under Siege Game, which ranked #5 for the month. 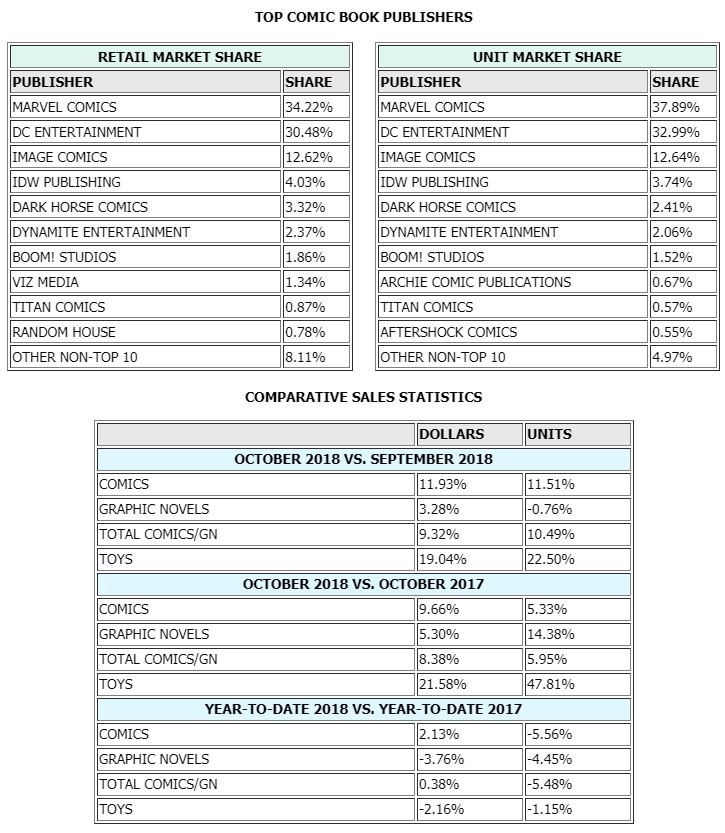 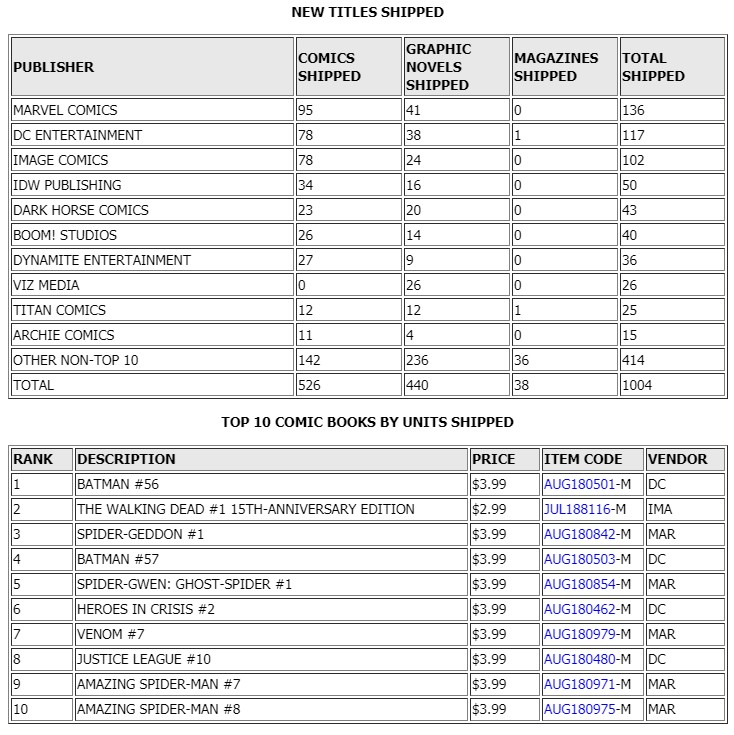 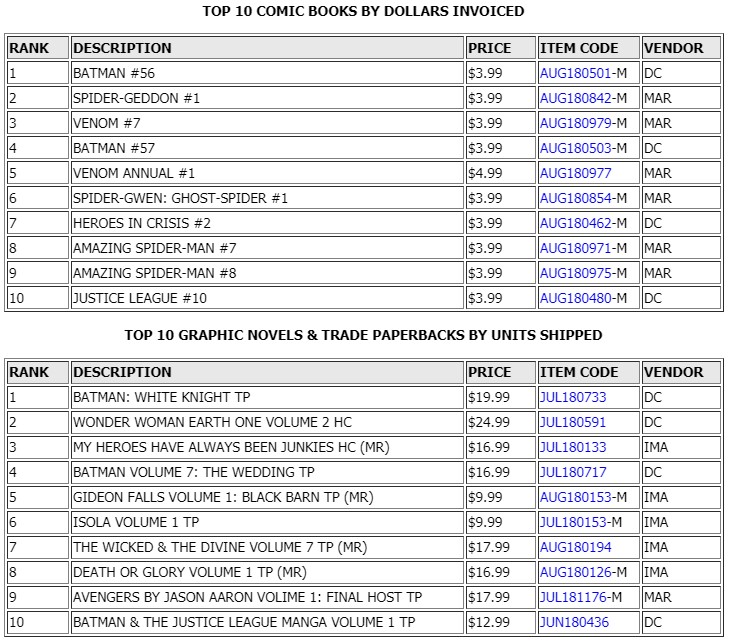 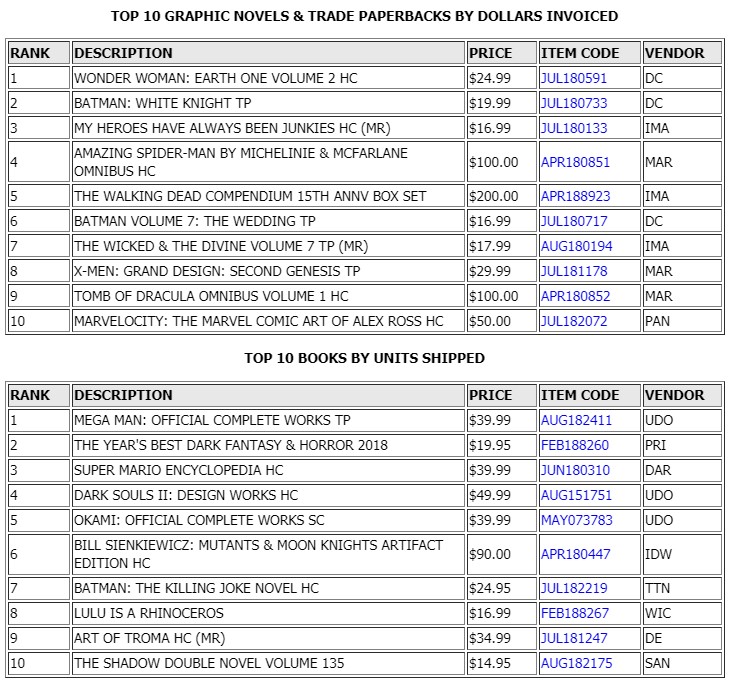 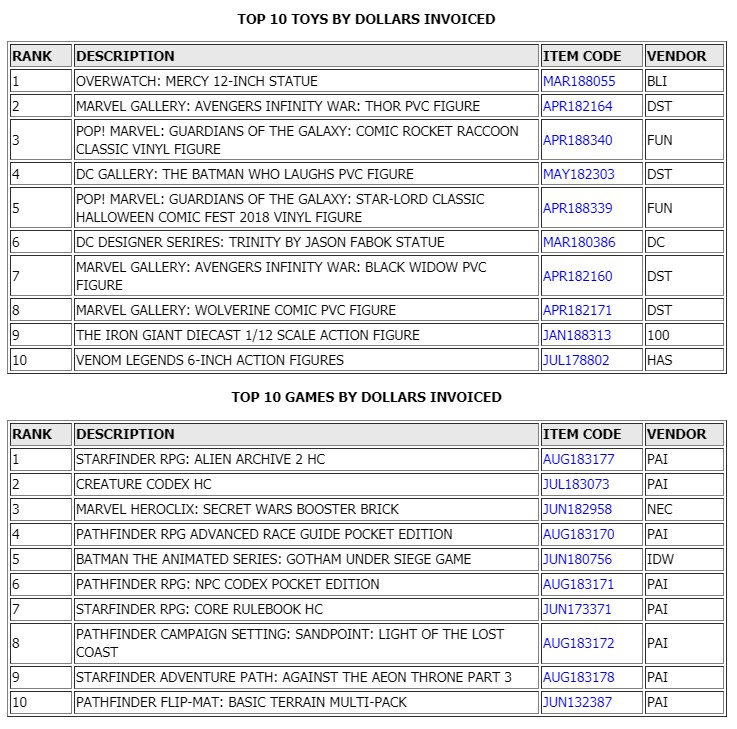 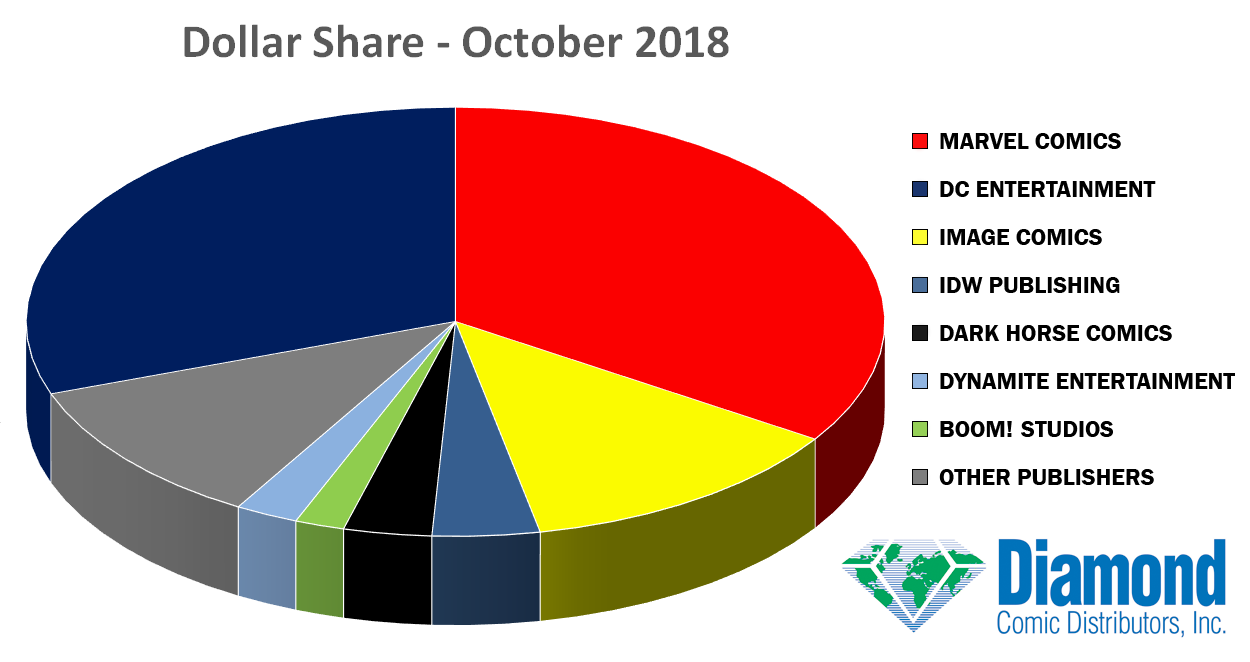 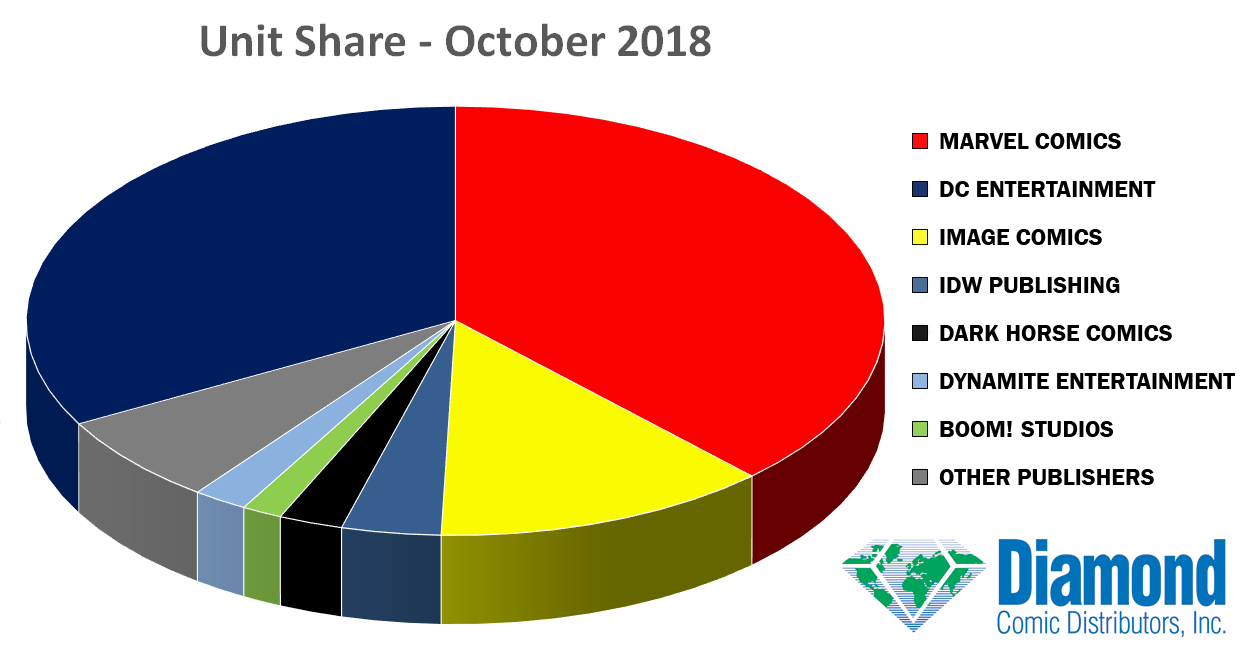