Marvel fans are excited for Thor: Love and Thunder as Monday’s trailer saw 209 million views which is the fifth-best for an MCU movie.

“You brought the love, we brought the thunder! Thank you to all the fans around the world for 209 million views of our first trailer!!” posted Chris Hemsworth on Instagram. 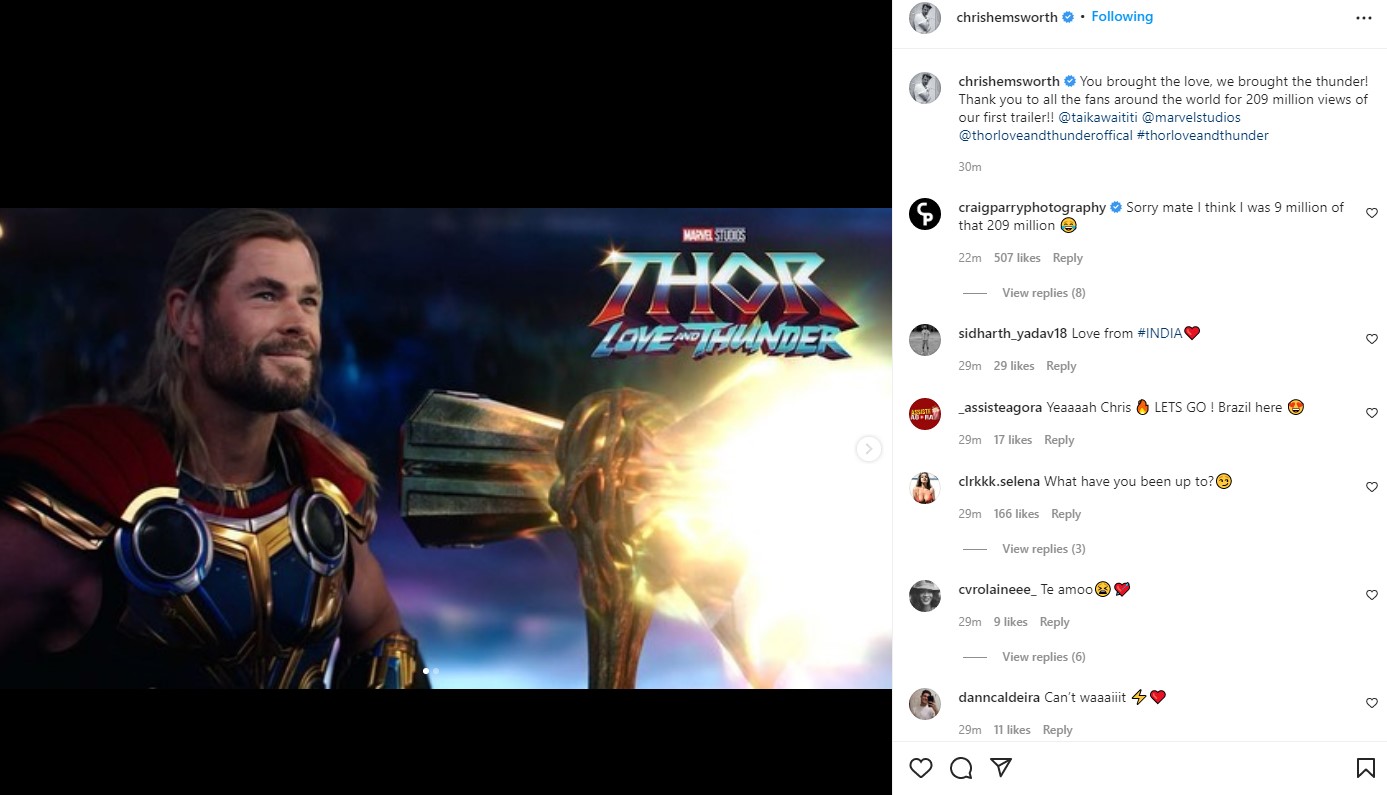 The Thor: Love and Thunder trailer offers a first look at footage from the movie which follows the events from the end of The Avengers: Endgame where Thor joins up with the Guardians of the Galaxy, but we see Thor eventually goes off on his own, where according to the official synopsis, Thor is on a quest to find inner peace but his retirement is cut short by Christian Bale’s Gorr the God Butcher who threatens the existence of the gods, so Thor enlists the help of King Valkyrie (Tessa Thompson), Korg (Taika Waititi) and ex-girlfriend Jane Foster (Natalie Portman).

Regarding the Female Thor, aka The Mighty Thor, the trailer shows Jane Foster wielding Mjolnir, where we see Thor’s hammer has somehow been mysteriously reformed, as the synopsis also teases that to Thor’s surprise, Jane Foster inexplicably wields his magical hammer, Mjolnir, as the Mighty Thor.

Thor: Love and Thunder gets released on July 8, 2022 directed by Taika Waititi and is produced by Kevin Feige and Brad Winderbaum (Ant-Man, Thor: Ragnarok, Black Widow, What If?, Hawkeye, Moon Knight, Ironheart). 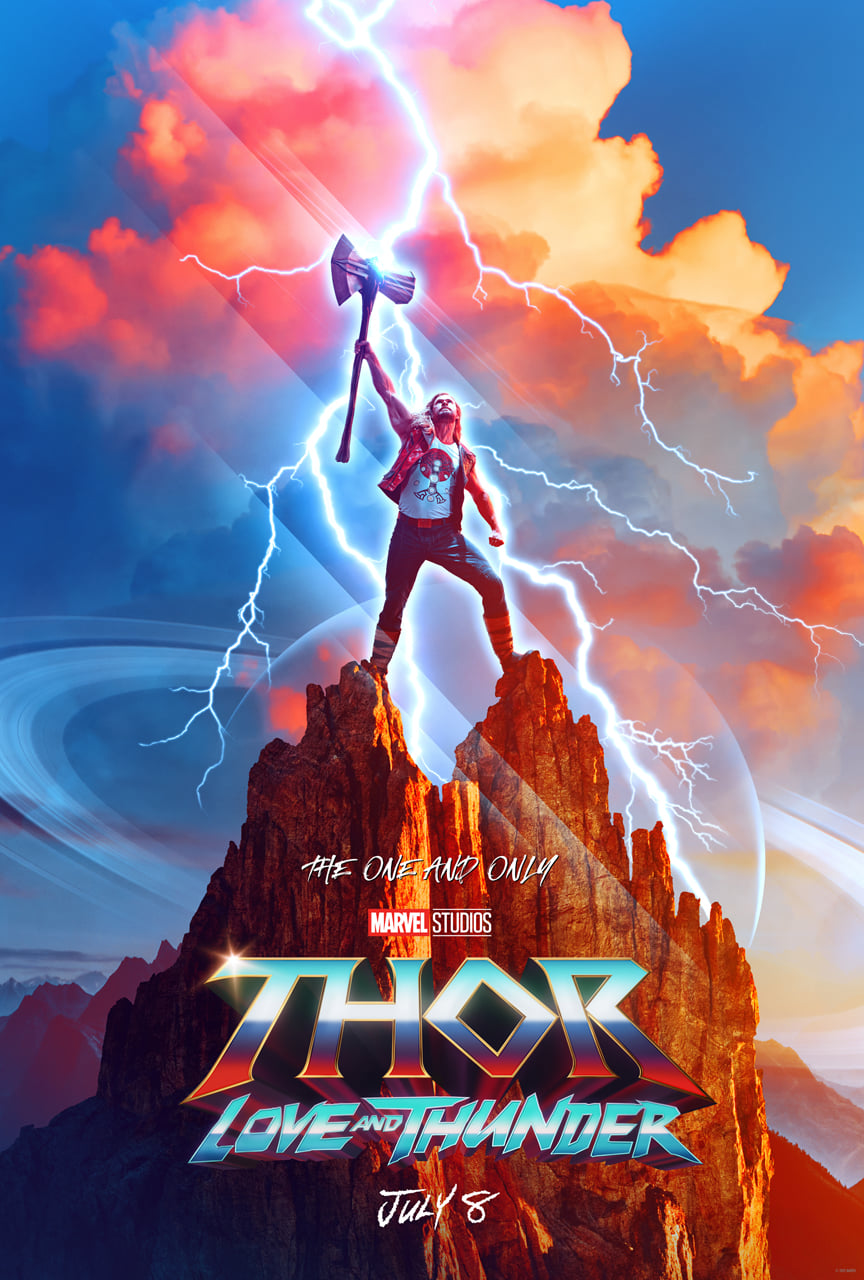