Another behind-the-scenes video from the set of The Avengers: Endgame gets released, this time by Chris Hemsworth while appearing on The Tonight Show Starring Jimmy Fallon.

While no cameras were supposed to be on set, the actors couldn’t help themselves, especially as Hemsworth says, when all the Avengers were together.

The video shows Chris Hemsworth in between takes in his trailer strumming a guitar and singing the “Hurt” version by Johnny Cash.

“I have a little something, right,” Hemsworth says. “This is a world’s first. No one has seen this before. I didn’t even know if I was ever going to show it. Right. Because it was in the trailer in between a few takes [laughs]. I’m a terrible singer and a terrible guitarist, but [laughs].” 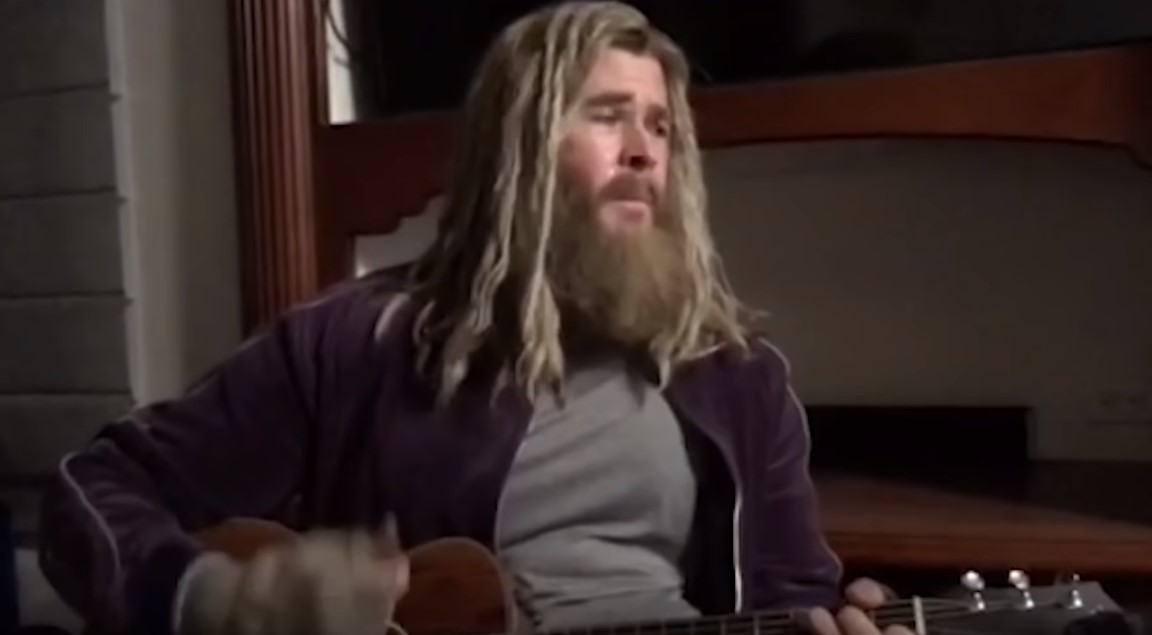