It is being reported that Captain Marvel star Lashana Lynch will be the new 007 in the upcoming James Bond 25 movie.

Details from the script have leaked online also offering that “Bond Girls” will now be replaced with “Bond Women.”

The Daily Mail reports the change, which features black British actress Lashana Lynch as the new 007 (but not the new Bond; she plays a new character), came about “thanks to the intervention of feminist TV writer Phoebe Waller-Bridge.”

“There is a pivotal scene at the start of the film where M says ‘Come in 007,’ and in walks Lashana who is black, beautiful and a woman,” a Bond insider claims, reports the site. “It’s a popcorn-dropping moment. Bond is still Bond but he’s been replaced as 007 by this stunning woman.” 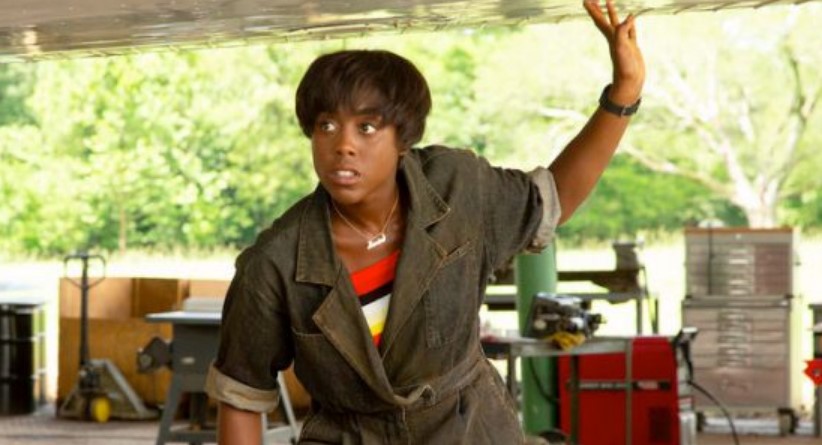 The plot is said to revolve around Daniel Craig’s James Bond having been retired in Jamaica when he gets the call to come back out of “desperation to tackle a new global crisis.”

“Bond, of course, is sexually attracted to the new female 007 and tries his usual seduction tricks, but is baffled when they don’t work on a brilliant, young black woman who basically rolls her eyes at him and has no interest in jumping into his bed. Well, certainly not at the beginning,” the insider continues.

The movie is further said to be appealing to the “#MeToo” crowd.

“This is a Bond for the modern era who will appeal to a younger generation while sticking true to what we all expect in a Bond film,” the insider adds.” There are spectacular chase sequences and fights, and Bond is still Bond but he’s having to learn to deal with the world of #MeToo.”

Bond 25 has an April 8, 2020 release date directed by Cary Joji Fukunaga and will be Daniel Craig’s last movie. Assuming the movie is a success, the franchise looks to continue with Lashana Lynch as the new secret agent spy.