Brie Larson finally addresses her YouTube haters in her latest video which sees the Captain Marvel actress telling them not to bother to comment.

"Please like the video, if you liked it. If you didn't like it, keep your comments to yourself," says Larson in her fourth YouTube video which shows the MCU star exercising.

The video shows Brie Larson doing various stretches with trainer Jason Walsh who at the end looks like he is about to burst out with laugher as Larson isn't confident that her fans that are watching the video will actually do the exercising.

"I want to say thank you to everybody that watched the video or who got to the workout to this point," says Larson. "It's unclear if anyone is actually going to do the workout along with us... Or just enjoy watching me struggle."

Regarding the Brie Larson "haters," the first video posted has over 131 dislikes, the second has 21k dislikes, the third video which saw a huge dip in views has 9.2k dislikes, and the current fourth video has 5.4k dislikes.

Some of the comments Brie Larson is referring to which come from YouTubers that don't like her videos and that she doesn't want to see on her channel include the following found below. 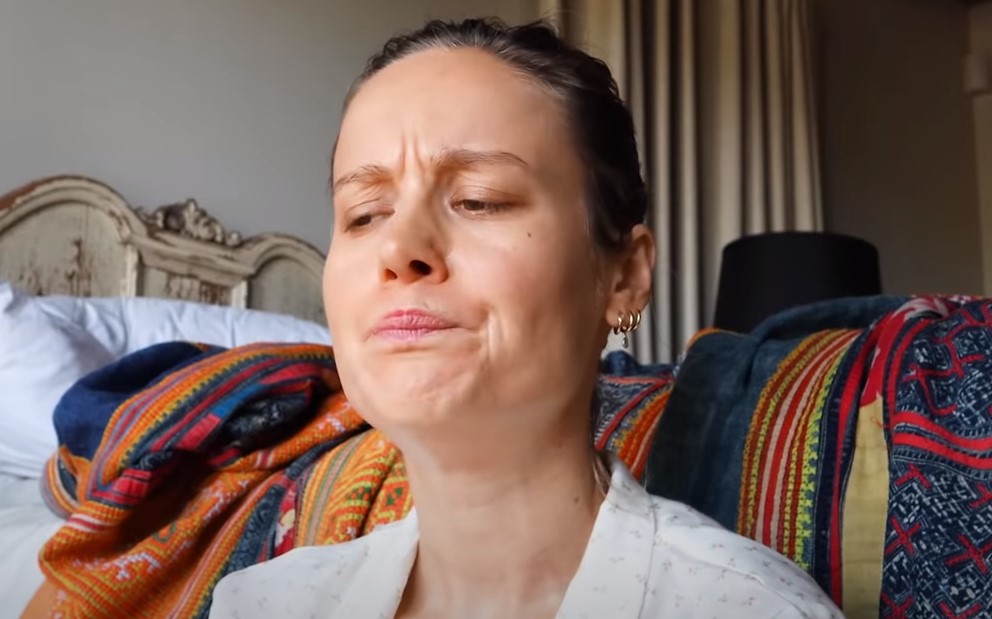 - You know you are on a winner when everyone is here for the downvote and comments and not your content.

- Who here instantly paused and went to comments?

- I'm really surprised she hasn't turned off the comments yet.

- I don't understand how people can hate on Brie. Just look at her, she's so wholesome & nice – she is one of the best actresses ever. <3 Edit: Literally didn't ask for anyone else's opinion. If you do not like her, get out of her comment section / YouTube channel.

- Anyone else pause and scroll straight to comments?

- Okay this was a snooze fest -- nothing it value was said no point were made there just talking in circles .

- Literally nothing of substance, this comes across like Tom Cruise rambling about Scientology.

- Her body is very good for taking 3 months off. I'm guessing she didn't eat to many of those cookies

- You inspired me. I had a cookie while I watched this video.