In an interview released by Marvel as part of the film’s promotion, Brie Larson acts rather strangely regarding Chris Hemsworth getting questioned about Thor in The Avengers: Endgame.

Chris Hemsworth is asked by a Marvel representative, “So you played Thor over the Marvel Cinematic Universe many, many times. What was exciting about playing this version of Thor in Endgame?”

Hemsworth then starts to respond but is interrupted by the uncontrollable laughter of Brie Larson who, as Hemsworth continues, can be seen turning her head to Don Cheadle and laughing some more.

Hemsworth continues with the mention that he can’t talk about the new version of Thor in Endgame, where Cheadle adds, “It’s some super cool stuff. I can’t wait for people to see it.” Brie Larson can be seen looking at her co-stars with a smirk on her face, and as Cheadle remarks, “good stuff,” Brie Larson again smirks in a rather questionable fashion. 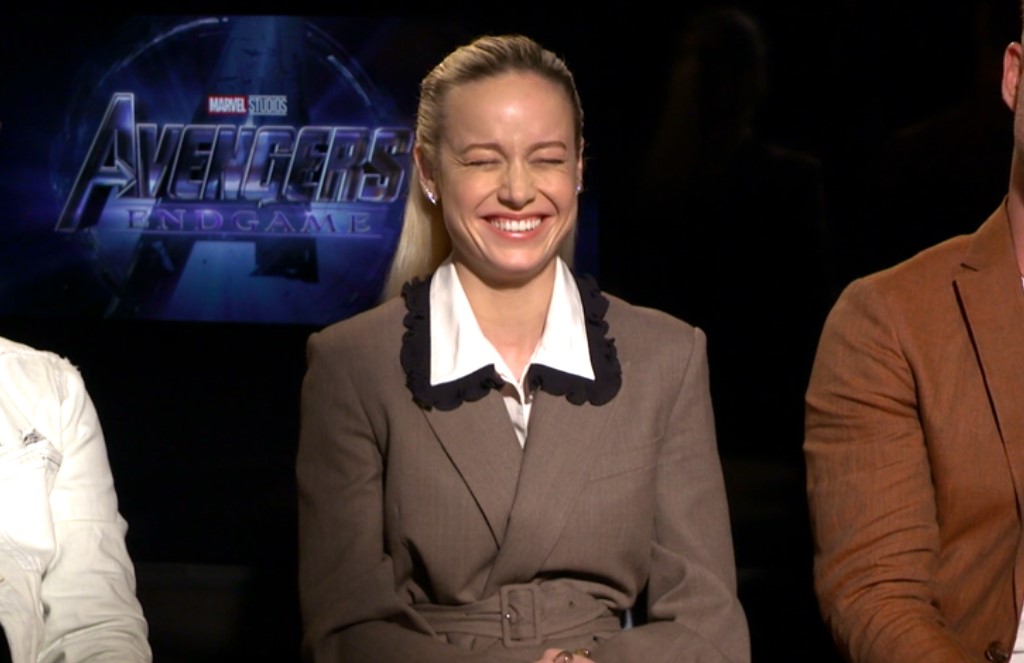 As the interview continues, the Marvel rep questions Brie Larson about how was it playing with The Avengers, where her co-stars tell her to stop underselling with it pointed that Captain Marvel footage is in the recent trailer.

Then, similar to Hemsworth joking in the earlier interview how she stole their hearts which saw her get a bit testy, Hemsworth and Cheadle crack a joke how the scene with Captain Marvel meeting Thor is the highlight of her career, which sees Brie Larson snap back, “It was tough to shoot. I felt like it was difficult. I remember you being really difficult that day.” 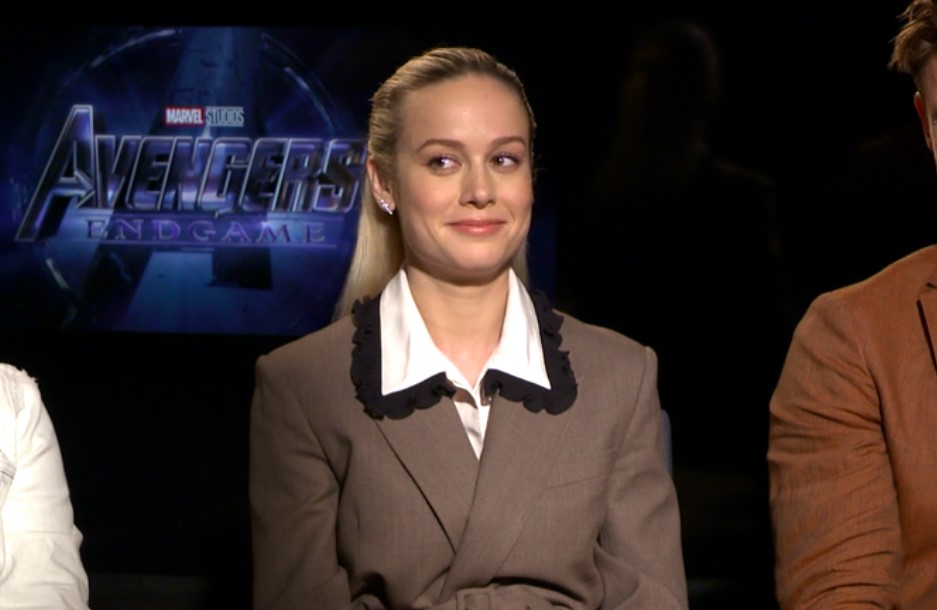 Brie Larson does manage to have a laugh with her co-stars when it’s mentioned that Chris Hemsworth is real, and she says, “I shot this before Captain Marvel so I think of it as the time I was all around getting sea legs.”

Larson also bursts out laughing again when Cheadle cracks another joke and he says, “Why did you have to say legs?”

Brie Larson does seem a bit awkward in interviews for The Avengers: Endgame, especially in this one with her reaction to what happens with Thor. It seems her uncontrollable laughter is representative of something that she knows about what happens to Thor in the movie — maybe in regards to her character Captain Marvel (so why is what happens to Thor in Endgame so funny?). Any guesses? Watch the interview below.