Say goodbye to Brandon Routh and Courtney Fort as both actors will no longer be series regulars on DC’s Legends of Tomorrow.

Brandon Routh is still set to play Superman in the upcoming Crisis On Infinite Earths crossover.

According to Deadline, the decision to wrap up their storyline was a creative one, as the series revolves around time travel and has, at times, a revolving cast.

“Brandon and Courtney have been invaluable members of the Legends family,” series executive producers Phil Klemmer, Grianne Godfree and Keto Shimizu said in a statement. “They have always brought a level of passion and collaboration to their characters and to the show — both on and off the screen – that we deeply admire and for which we are eternally grateful.”

“As one of the founding Legends of Tomorrow, Brandon is extremely beloved by the fans and everyone on the show.,” Klemmer, Godfree and Shimizu also added.

The producers did note there is always an option on the table to have Brandon Routh and Courtney Fort return as guest stars.

“Of course, when we have had main characters in the past whose journeys take them away from the Waverider, it’s never truly goodbye,” Klemmer, Godfree and Shimizu said. “We love these characters and hope to check in with them in future seasons, to see how life off the ship has transformed them for better or worse.” 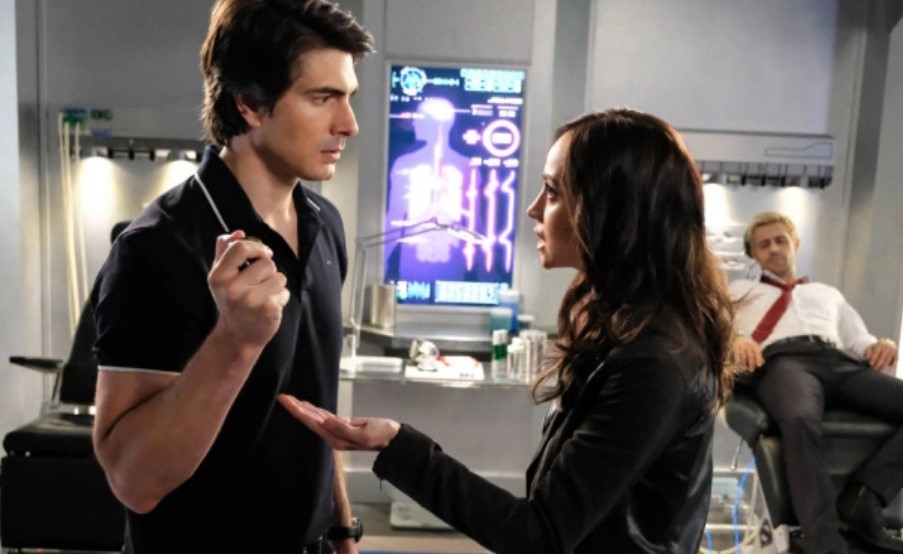 It’s also noted that both Brandon Routh and Courtney Fort will film their final episodes in October, which will air sometime during Legends of Tomorrow’s Season 5, which kicks off in January.

“I’m so grateful to have had the opportunity to bring the big-hearted and humorous Ray Palmer to life for our fans over the last 5 years, but unfortunately, his storyline is pointed in another direction,” Routh said. ” I’m saddened to see Ray’s journey end for now but wish my Legends family well.”

Added Ford, “Nora Darhk is very close to my heart. If it were my choice, I’d play her for years to come. But I understand that stories run their course, and I’m grateful for the time I did have bringing Nora to life on Legends of Tomorrow.”

Thank you all for watching Ray’s journey over the past 5 years. I love this character. I love bringing his wit and charm and silliness to life everyday on set. I will miss him immensely, and felt he had more adventures ahead, but unfortunately his storyline is pointed in another direction. I’m saddened to see Ray’s journey end for now. I love my fellow cast and crew, and want you to know how tirelessly they work to bring each episode of this critically acclaimed show to you every week! ——– And thank you to our outstanding team of writers who come up with bonkers ideas that always end up working! Thank you for leaning into my comedic nature—and that of our cast. Our show is better because of it. Thank you to @thecw, @warnerbrostv, & @dccomics for bringing me back into the superhero world once again. And @marcguggenheim & @gberlanti for bringing me onto #ArrowSeason3 (and #Crisis –) and starting this whole thing. ——– With Gratitude, Brandon ❤️ @deadline story in profile, and also I’m my Story.