Dwayne Johnson revealed a super cool intro, as well as two pieces of art for the movie on social media, with, similar to the Robert Pattinson leaked images, a Twitter user shares the logo.

Update: Additional concept art and a “back story” promo has been released.

You’ve waited long enough. As have I, thousands of years to be exact.
The hierarchy of power in the DC UNIVERSE is about to change.
The man in black comes to crush them all. Join us now for the worlds first #DCFanDome. #Rage#NoCape #BlackAdam pic.twitter.com/UGKhZVWB6v

Thank you, Boss.
Always a pleasure collaborating with you and Jim Lee on our Black Adam art.
The Man in Black did say it first.
And with rage.
Now they all pay.
And I don’t see anything ‘super’ about these heroes. #nocape#justjustice #blackadam#DCFanDome https://t.co/5lvTuQ4dJ4

The hierarchy of power in the DC UNIVERSE is about to change.
BLACK ADAM arrives TOMORROW at #DCFanDome.
He’s coming to crush them all. #ManInBlack #BLACKADAM pic.twitter.com/2jiHT62jED 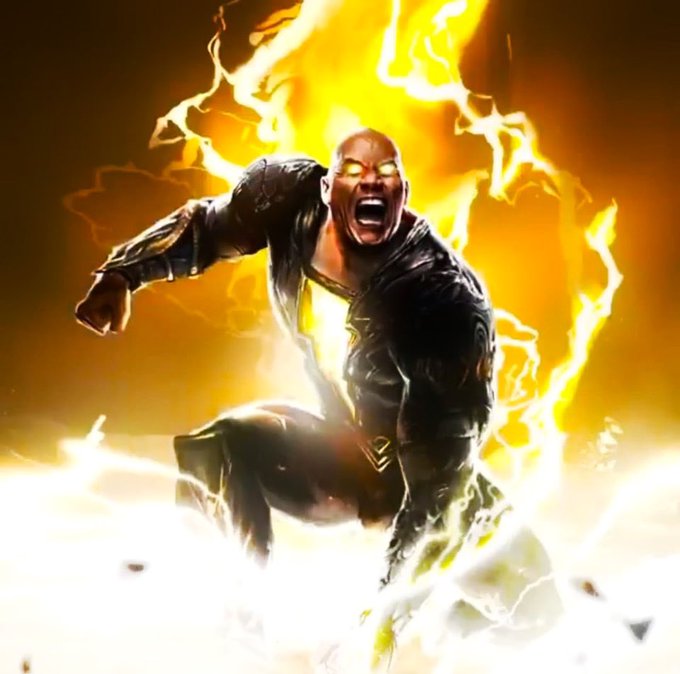 Star of the first-ever Black Adam feature film Dwayne Johnson sets the stage for the story and tone of the new movie with a fans-first Q&A…and a few surprises. 15 min