Beforeigners, a six-part genre-crossing drama from HBO Europe, will be available to U.S. subscribers starting on Tuesday, February 18 on HBO NOW, HBO GO, and partner streaming platforms. Produced by Norwegian production company Rubicon, the series is the latest programming made available to U.S. subscribers from HBO’s international partners, and joins The Teenage Psychic and Folklore from HBO Asia, The Pioneer from Spain, and Hackerville from Romania and Germany, which are available to stream now.

The six-part genre-crossing series will be available on HBO NOW®, HBO GO®, and partner streaming platforms.

A new phenomenon starts happening all over the world. Powerful flashes of light occur in the ocean, and people from the past appear from three time periods; the stone age, the Viking age, and the late 1800s. No one understands how this is possible, and the people from the past, called “beforeigners”, have no memory of what’s transpired.

A couple of years later, Alfhildr, who comes from the Viking Age, is teamed up with burned-out police officer Lars Haaland as part of the police department’s integration program. While investigating the murder of a woman with Stone Age tattoos, Lars and Alfhildr make unexpected discoveries. 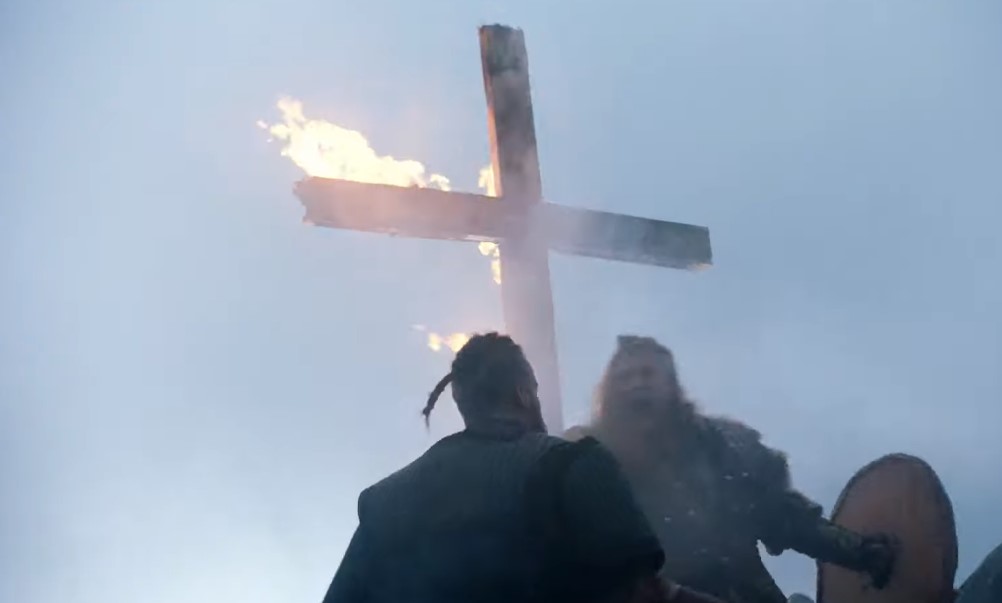 Episode 1
Police officer Lars Haaland is buying an apartment in the Barcode buildings when he is called to an emergency. The soaking wet people he meets turn out to be the start of a refugee stream that will turn Lars’s own life and the whole world upside down.

Episode 2
The investigation leads Lars and Alfhildr to a multitemporal sex club at Aker Brygge, and what they discover will make them rethink the whole Tjuvholmen case. Alfhildr has her hands full when a familiar face from the old days appears in present day Oslo.

Episode 3
Forensic evidence points to the transtemporal scene; present day people who believe they are born in the wrong millennium. An armed response action tests Lars and Alfhildr’s relationship, and Urd finally finds the man she has spent a millennium looking for .

Episode 4
Lars’s daughter Ingrid, along with the other russ girls, do a stunt to promote the Ben Dover Express. This has unforeseen consequences. When Alfhildr has to run the investigation on her own, her friends from Nivlhel help her chase down leads.

Episode 5
As an anti-technology attack shakes the world, Lars’s inner demons and Alfhildr’s temper cause problems in the hunt for the Tjuvholmen killer. Urd and Alfhildr have to help Tore Hund through another battle, this time in an illegal present-day fight club.

Episode 6
The hunt for the identity of the Tjuvholmen woman pays off. Lars is forced to face his inner demons. He and Alfhildr are closing in on the killer. At a party at Tore Hund’s place, Urd finally understands what the shaman tried to tell her.

Beforeigners is created by Eilif Skodvin and Anne Bjørnstad (Lilyhammer) consisting of 45-minute episodes. All episodes are created and written by Bjørnstad and Skodvin. The series is directed by acclaimed filmmaker Jens Lien (The Bothersome Man, Sons of Norway, Occupied). Beforeigners is produced by Rubicon TV, part of Endemol Shine Group. Executive producers for HBO Europe are Hanne Palmquist, Steve Matthews and Antony Root.