Check out the awesome cover art for the Marvel's Avengers: Infinity War - The Art of the Movie book by artist Ryan Meinerding.

The book is currently available for pre-order on Amazon, and becomes available November 6.

Continuing their popular Art Of series, Marvel Studios presents its biggest achievement yet: Marvel Studios' Avengers: Infi nity War! A threat has emerged from the cosmos: Thanos. A ruthless warlord who plans to collect all six Infi nity Stones. Joined by his formidable allies, he will be near-unstoppable at achieving his goal. The Avengers, the Guardians of the Galaxy, Doctor Strange and Spider-Man must join forces and fi ght side by side to stop Thanos, while the fate of the Earth and the universe lies in the balance. Go behind the scenes with this keepsake volume!

Filled with exclusive concept art for character, costume and set designs, as well as production stills and in-depth interviews with the filmmakers, Marvel's Avengers: Infi nity War - The Art of the Movie provides exciting insider details about the making of this highly anticipated film. 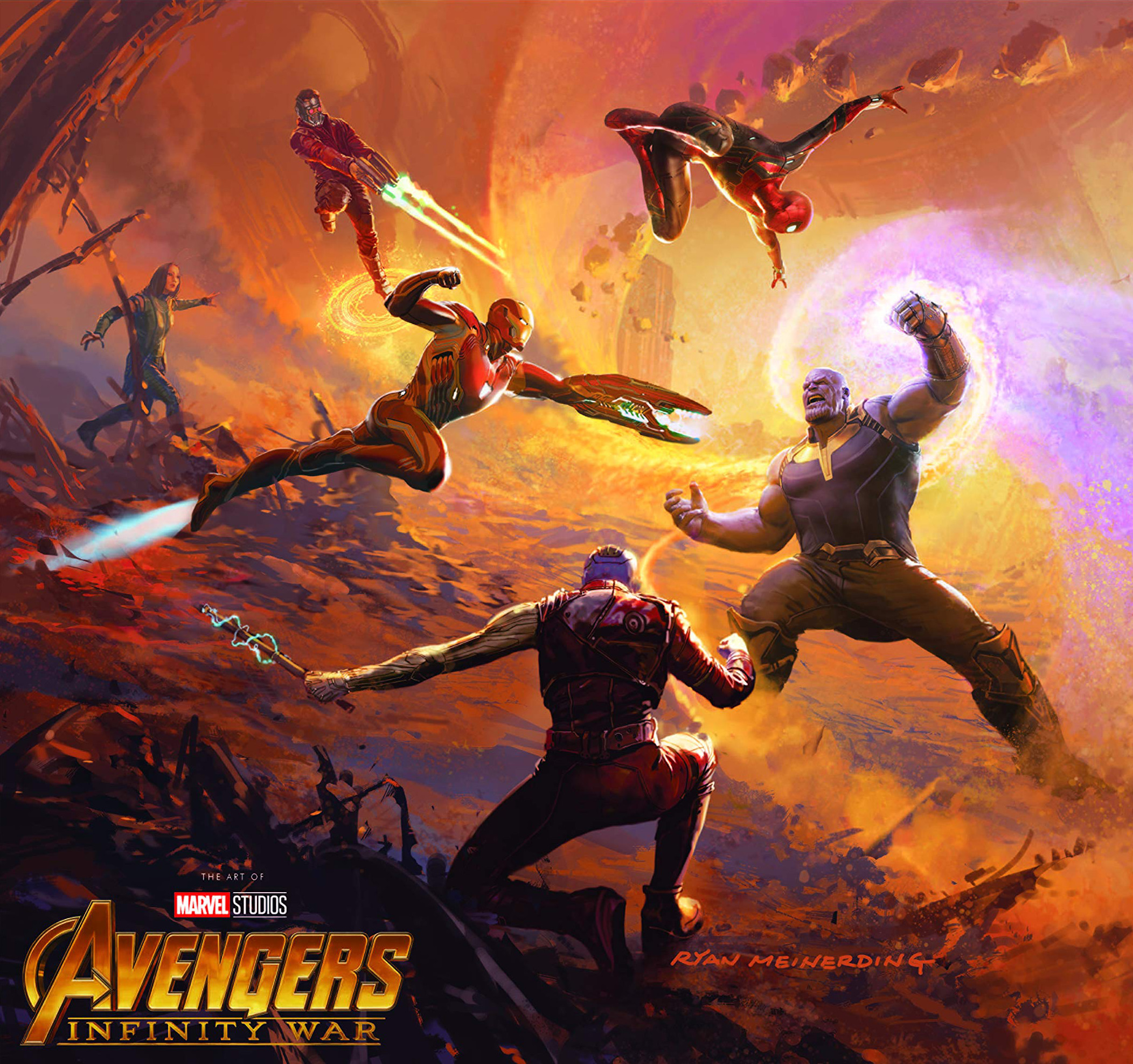