Joe and Anthony Russo, the directors behind Captain America: Civil War, Infinity War and The Avengers: Endgame are currently holding a watch party for their last Marvel movie.

The pair are currently live on Instagram for the first hour, and they are also on Twitter with live tweets.

"Today’s the day for the #Endgame watch party... All you have to do is press play on the movie wherever you are exactly at 4pmPT/7pmET. Remember to use #AvengersAssemble to follow along with us. We’ll be LIVE tweeting and going LIVE here for the first hour. Do you remember who you were with and where you saw #Endgame for the first time? Tell us about it below," posted the Russos on Instagram.

The Avengers: Endgame watch party with the Russo brothers:

This is the great @SilvestriMusic’s first piece of music in the film. If you haven’t before, pay special attention to his magnificent score throughout...#AvengersAssemble 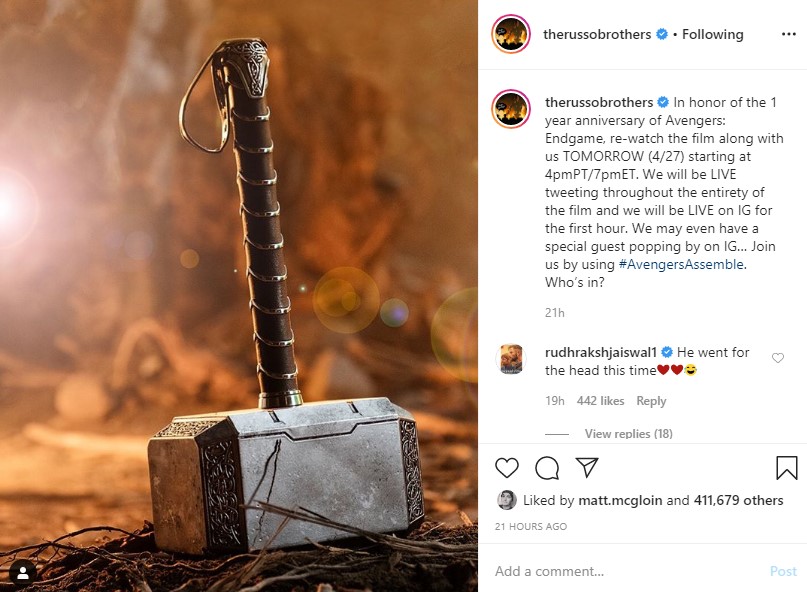