Today at CinemaCon, Disney brought with them a clip from The Avengers: Endgame, which has to do with Captain Marvel and hunting down Thanos.

The clip, which is similar to the footage revealed at the Disney investors meeting features the Avengers questioning Captain Marvel as well as coming up with a plan to defeat Thanos.

Don Cheadle’s War Machine wonders where the hell she has been all this time, with Brie Larson’s Carol Danvers informing him that there are lots of planets out there in need of defending. She notes Earth is just one planet and already has a formidable team of protectors already. She also says that now that Thanos has wiped out half the universe, this fight is hers.

Rocket Raccoon reveals that he can track Thanos through a powerful energy signature that will enable them to pinpoint his location, as the same energy signature he used on Earth with the Infinity Gauntlet is found at another location. 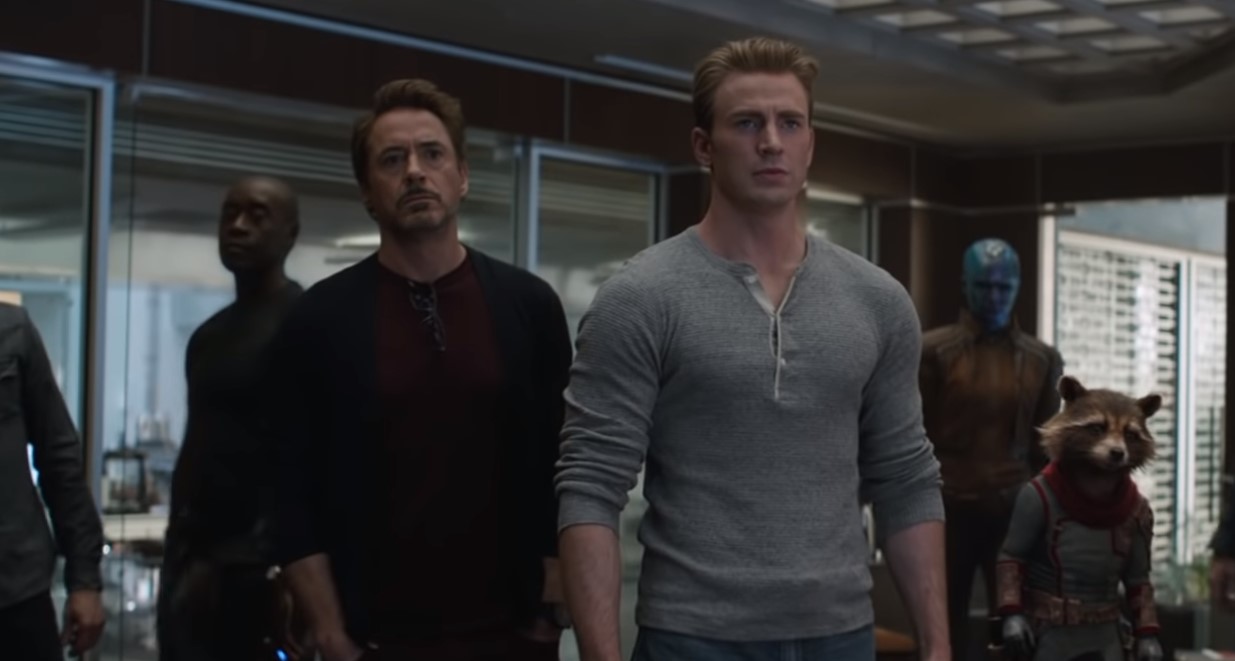 Nebula notes that Thanos has a garden he likes to attend, which she thinks Thanos would go to after wiping out half the life in the universe.

Captain Marvel is ready to suit up, fly off, and take him down, but the Avengers also want a piece of the Mad Titan. They note killing Thanos isn’t the only option, but what if they can reassemble the Infinity Stones. Could that allow them to reverse The Snap?

“We owe it to everyone not in this room to try,” Black Widow says.

Thor then arrives, summons Stormbreaker, smiles and says to Captain Marvel, “I like this one.”

Chris Evans then says, “Let’s go get the son of a b-tch.”

They all strap into the starship, the Benatar, and go off to find Thanos, with Rocket Raccoon asking, “Who hasn’t been to space before?”