At one time a King Conan movie was being developed, but in a new interview, Arnold Schwarzenegger says it's currently up in the air due to the rights surrounding the character.

While speaking with ArnoldFans at the recent Arnold Sports Festival in Columbus Ohio, Schwarzenegger says he wants to make the flick, but that the problem has to do with the person who currently owns the rights.

"The sad stuff about all of this is when there’s an estate like this, The Robert E. Howard estate…when someone buys these rights, those people now own the rights and they have their own vision of what they want to do and the guy that has the rights is some young guy and he’s trying to figure out how to get his way through Hollywood and this is not easy to do," Arnold Schwarzenegger said.

Arnold also confirmed that a once-planned Conan TV series for Amazon Prime isn't happening and says he is just waiting on the call.

"We have been trying to convince him for years now that the way to go is to come back and hire a really great director and to do another Conan movie and have me play King Conan, when Conan is like 70 years old and he's disgusted by sitting on the throne and being the king and then something happens after that. It’s really not that far from creating a finished script. The only one who really has to pull the trigger there is the people who own the Conan rights to do a movie," Arnold said.

Hopefully, a King Conan movie gets underway soon as fans have been wanting the movie released ever since the end of Conan: The Destroyer which teased the character. Interestingly enough, the interview with Arnold saw him mention Netflix a couple of times, so maybe it will make its way over to the streaming network. 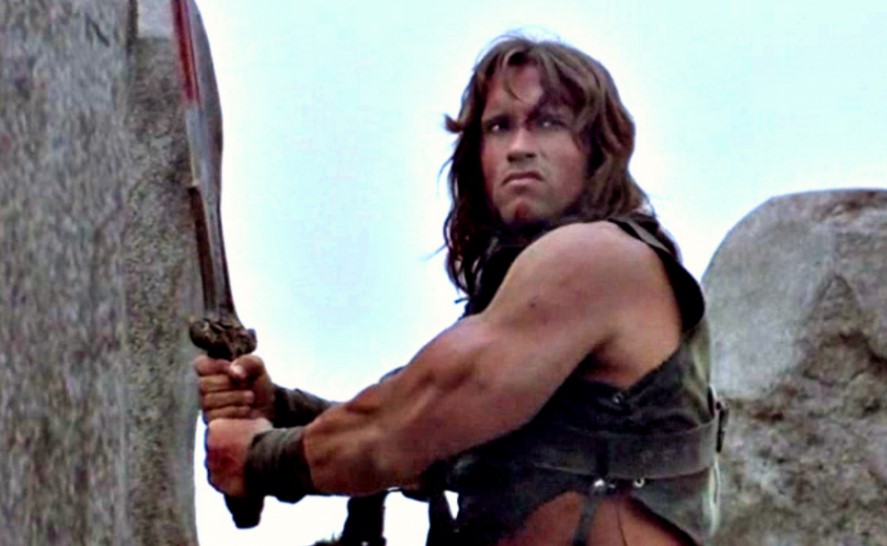 Regarding King Conan once being in development, at one time it was going by the title of Legendary Conan with Andrea Berloff (Straight Outta Compton) writing the script and Fredrick Malmberg producing, who produced the 2011 movie starring Jason Momoa. Details include that it would have been the first of a trilogy set after Conan becomes King.

"But this is the legend of Conan where he has been gone and people say, 'do you remember the good ol' days when Conan was around?' And now it's time for him to come back. In the stories and you can also see it when he's sitting on the thrown and the narration on that last scene of the movie...'with a troubled brow' ...you can tell he's not really happy being king. So, it's time for him to go out and do battle," Malmberg revealed in an interview from 2013.

Also at the Cannes Festival in 2014 saw the following King Conan poster released: 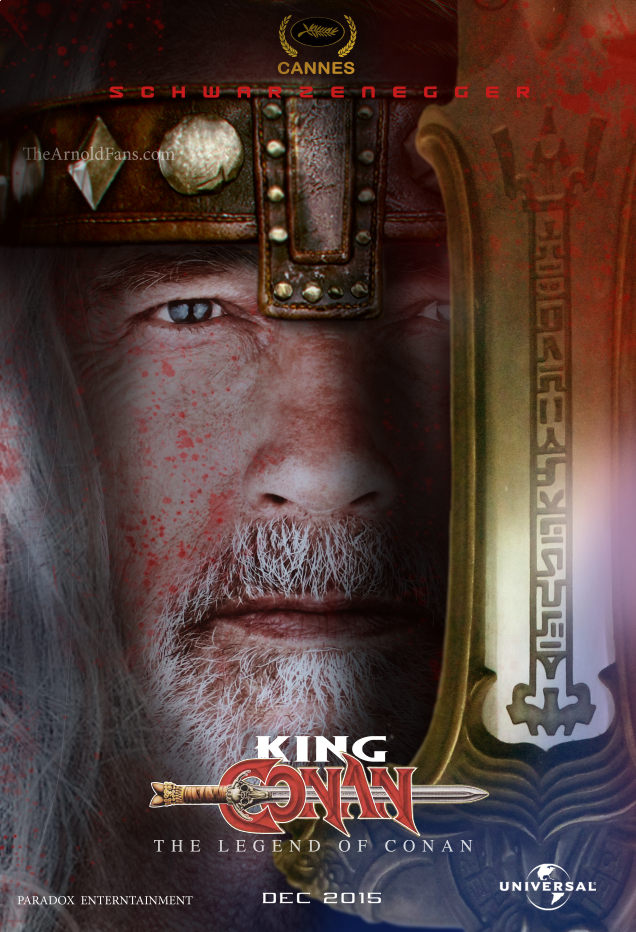