Aquaman Thoughts: The Good and Bad

Following having been first teased back in Batman vs. Superman in 2016 and then getting a full-blown appearance in Justice League last year, Jason Momoa returns in his solo film this week for James Wan's Aquaman movie, which also stars Amber Heard as Mera, Willem Dafoe as Vulko, Patrick Wilson as Orm, Dolph Lundgren as King Nereus, Nicole Kidman as Queen Atlanna, Temuera Morrison as Tom Curry, and Yahya Abdul-Mateen II as Black Manta.

Below are some of my thoughts on the movie, but I'll start off by saying that I liked the movie and that it's worth it to go see in theaters this weekend.

Aquaman isn't a perfect movie by any means, but it is pretty crazy and wild and definitely entertaining. 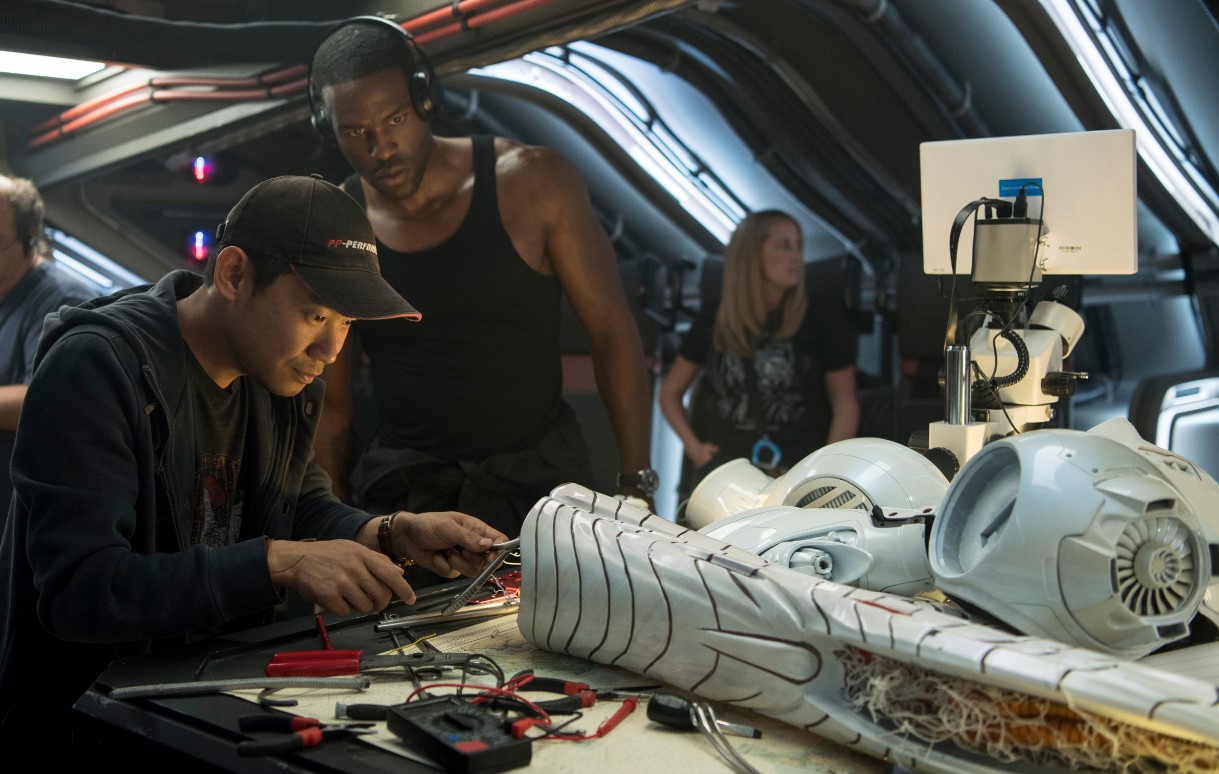 I didn't like the start of the movie and felt the CGI for Nicole Kidman and Temuera Morrison looked really bad. I also didn't like the Altanna fight scene in the beginning. I can understand now why the Academy dropped it from the VFX Oscars list.

I didn't like the Atlantean soldiers. They looked pretty cheesy and reminded me of those soldiers from 80s flick, Krull. Their weapons also looked really cheap, especially when Black Manta used the white ray gun. I felt like they got it at a discount when Toys R Us closed.

The bar-almost-fight-scene was pretty cringy (lol), and the selfies? Bruh!

The young Arthur at the aquarium scene was also cringy, however, I will say my ten-year-old son really liked that part, which is probably the target audience they were going for.

What was up with using guns and a grenade launcher inside a sub in the torpedo room?

How about that one scene in Sicily when Aquaman lifts that stone column off the guy's legs? The guy then gets up as if nothing happened. Under all that weight, his legs would have been crushed. My 14-year-old son looked and me and laughed. I suppose WB wanted to steer clear of any comparisons to all the damage and violence from Man of Steel.

The Octopus playing the drums was weird. What was up with that? Since it's a sea creature, it must mean one of the Atlanteans was controlling it, right? Honestly, I hope it's some sort of Easter Egg or reference to the comics. I have no idea what it means, though. Update: It is a reference to the DC Comics character, Topo, who was an octopus with humanlike intelligence and Aquaman's sidekick in the '50s. Topo was taught to shoot a bow and arrow by Green Arrow and could play musical instruments.

Black Manta's helmet was too big. I found it funny when he was battling Aquaman that his head "gonged." Good thing they destroy it, so in a potential sequel they can get it right. Bigger wasn't the way to go. I do have to give them credit for sticking to the comic book look, though.

Some of the dialogue is cringy and corny, particularly with Mera and Aquaman.

My 14-year-old son didn't like how Atlanna simply appeared out of nowhere when she reunites with Orm on top the ship. I told him she came from the ocean, but I get where he is coming from, as it more or less didn't seem that way (Atlanna also didn't appear wet). He didn't like the movie as much as I did or my ten-year-old son.

Update: My 14-year-old wanted me to add the Pitbull song used during the Sahara desert scene, "Ocean to Ocean" (which has 80K dislikes on YouTube to only 13k likes). 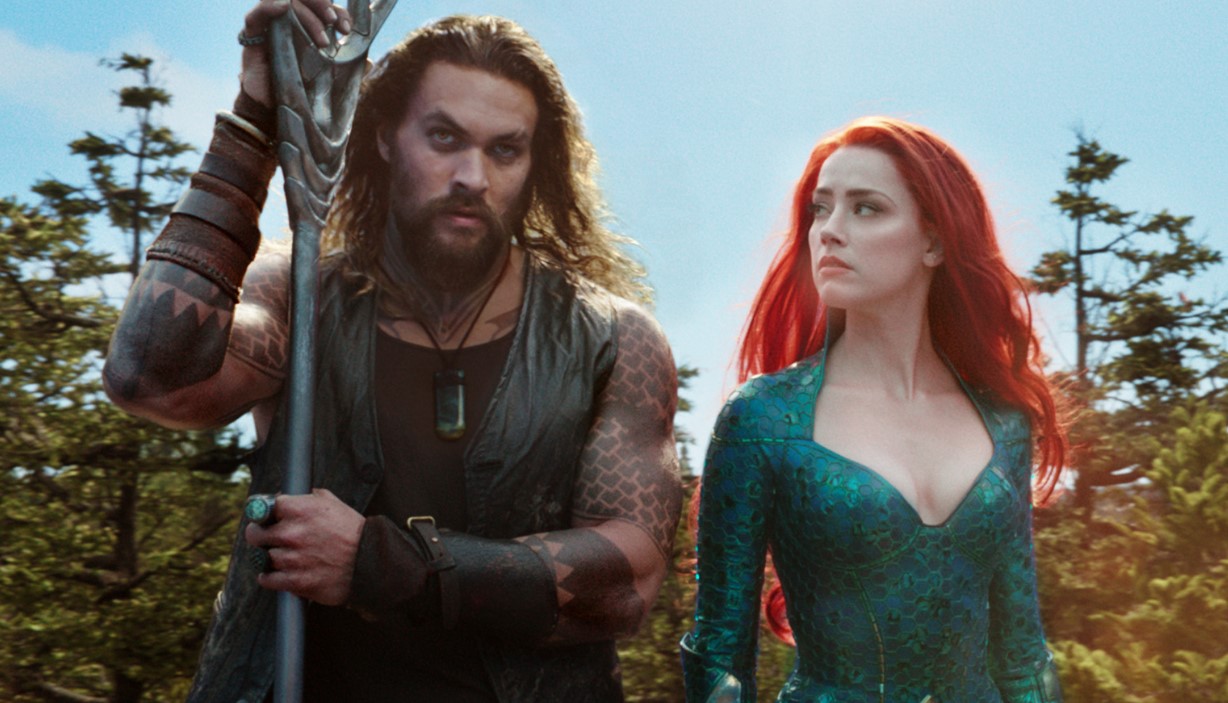 The movie got better the further it progressed.

The music! Woah! Roy Orbison! The score was also pretty wild, which at times felt like a cheesy sci-fi 80s movie and at times epic and at times downright weird! I liked it!

Patrick Wilson and Yahya Abdul-Mateen II are the best things about the movie, which is definitely a good sign as right there DC has two great villains (now if they only didn't kill off Zod and could get Lex right!).

I was happy with Willem Dafoe's Vulko and Dolph Lundgren's King Nereus as supporting actors. They're veteran actors, so this was a given.

The Aquaman powers were cool, especially how they were shown on screen like the old 80s Super Friends cartoon! Cool!

I liked the story, which is obviously a play on King Arthur and the sword in the stone. I'm a sucker for that any day.

Fight scene choreography was done well. I liked how Aquaman said he is a blunt instrument, which is exactly how I felt was his fighting style. How about when he saved the kid and did a flying headbutt to the bell?!

I found myself questioning how the Atlanteans could swim with armor on, but then I thought to myself, 'turtles, crabs and lobsters basically do,' so the Atlantean armor must (obviously) not be "metal."

I liked how James Wan handled the talking underwater issue - he just let them. It would have been really odd if they all talked telepathically or if they constantly had to form an air bubble. Wan explained it away quickly, and that was that. Nice.

The underwater footage looked good. I didn't see it in IMAX, but wish I had. That end fight scene probably would have looked pretty epic. I thought that was well done. That kaiju was really cool!

The Trench and the creatures looked awesome! The boat scene was cool as was the underwater scene. I knew Aquaman was going to control them and use them in his army! I was waiting for that, and Wan came through! It was like all the Atlanteans sh-t themselves when they realized Arthur could control the Trench creatures! Yep! Hail to the king, baby!

I was really happy with Jason Momoa's performance. While I thought some of the dialogue could have been better (at times I found myself missing Zack Snyder), Momoa's Aquaman comes off as a really fun and cool character and bad ass at the same time. Definitely want to see more of him in further solo Aquaman films and even team-up movies such as another Justice League.

Regarding missing Zack Snyder, I imagine his Aquaman would have been a lot darker, but at the same time, I felt James Wan got things right as obviously WB is moving away from the Snyder tone, and Wan's Aquaman was this big, colorful, epic superhero tale.

The post-credit scene was a given, but again, more of Black Manta is always a good thing. I also felt Patrick Wilson reminded me of Loki a bit, which isn't bad, but Orm was on the more serious side. I could see Orm teaming with Aquaman and maybe even the Justice League one day in a future movie.

Final thought is that Aquaman is the perfect movie to see this Christmas and holiday season. It's a great family-friendly flick with tons of action, and the best part is -- it's a superhero movie!

Let me know your thoughts about Aquaman in the comments below.