WarnerMedia Kids & Family has released a new clip for the Aquaman: King of Atlantis animated series on HBO Max featuring the King of the Seven Seas versus the Ocean Master.

In “Chapter Two: Primordeus,” Aquaman just can’t seem to shake his brother’s endless attempts to overthrow him. Once again, he must prove why he’s the right man for the throne, even if means heading to the far side of the earth to uncover a horror-tinged mystery. This hilarious next chapter follows events of the first episode and will dive onto HBO Max on Thursday, Oct. 21.

“Chapter Two: Primodeus” Synopsis:
After Ocean Master takes his throne, Aquaman grows increasingly frustrated with the city’s blind acceptance. To recover his rightful spot, and win the approval of his subjects, Aquaman goes after Ocean Master and ends up on a journey to the far side of the earth. There, Aquaman and Mera find themselves in the middle of a horror-tinged mystery involving a strange Fisherman, mutated fish, and a creepy island! 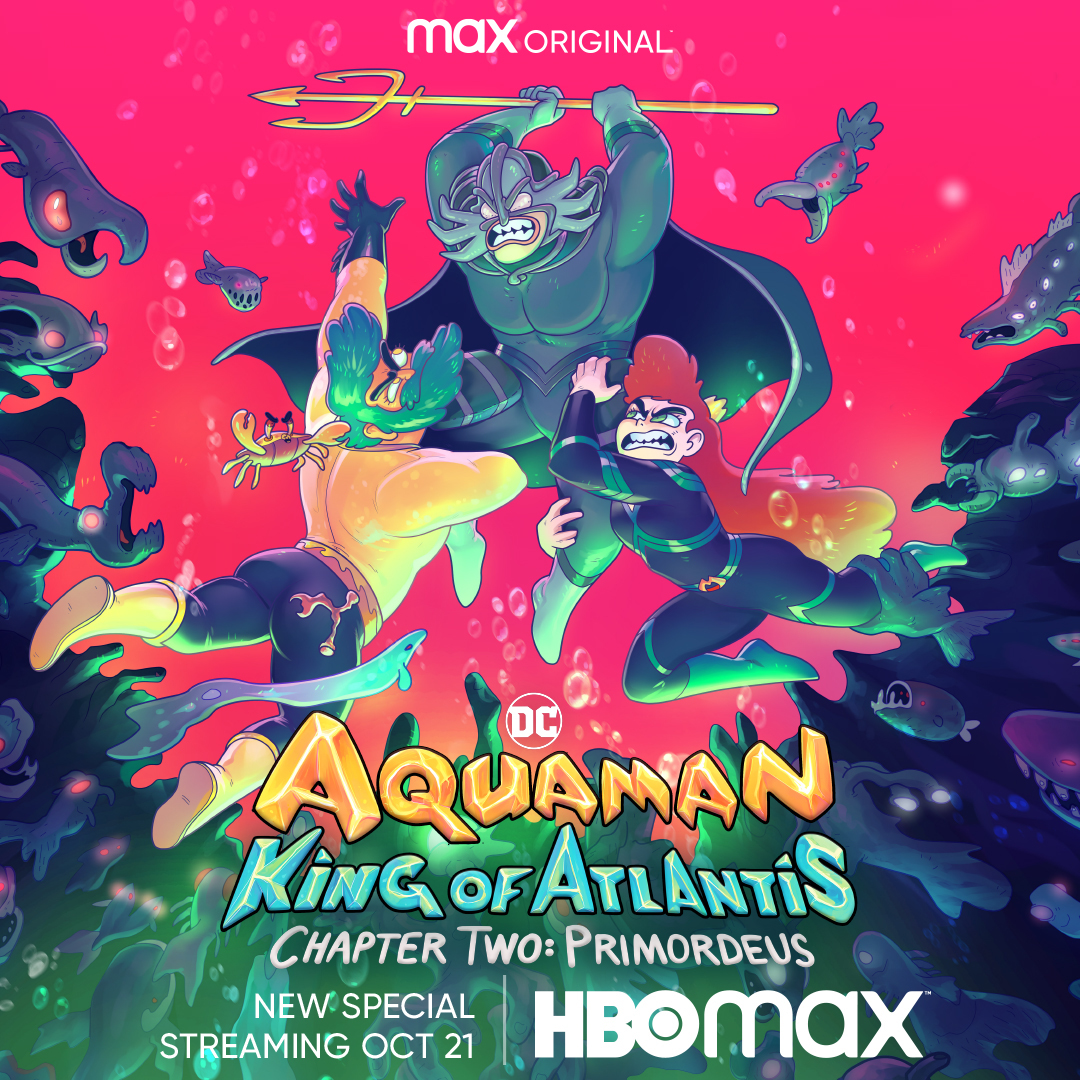