While Marvel TV and Agents of SHIELD get closed down for good by Kevin Feige, the latest teaser for the final season offers an explanation of its own for the Multiverse.

Recall that when the Avengers went back in time and changed things in The Avengers: Endgame, the Ancient One explained that different timelines and alternate universes branched off and would be created as part of the Multiverse if the Infinity Stones were not put back.

In the following preview, Agents of SHIELD offers its own explanation, as the final season sees SHIELD travel back in time to 1931 New York.

Daisy comments that she is afraid that just being there will change things because of the butterfly effect, but Deke, the grandson of Fitz and Simmons, offers his own opinion in that the changes to the timeline need to be pretty big to take effect.

"Yeah, the butterfly aspect is just one aspect of the multiverse branch theory. Personally, I subscribe to the timestream idea," explains Deke. "Okay. Imagine time as a stream. Right. And we were sticks that were thrown into it. The water, it moves us, it moves around us..."

"But it ends up in the same place," adds Coulson.

"Right. Now too many sticks thrown in and that will create what's called a dam and that'll change the direction of the water forever and that's bad, so as long as we can avoid that, we should be able to splash around a little bit and we're all good," says Deke. 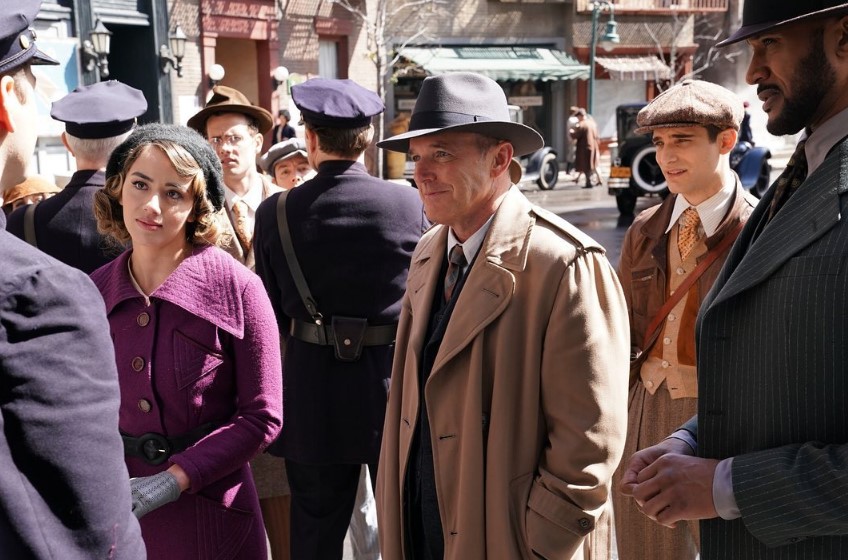 So Deke is stating that as long as they don't change something major, time will flow normal, as it previously has, but if they change things drastically, an alternate universe could be created as part of the Multiverse.

Maybe Deke's timestream multiverse theory is a hint as to the final fate of the Agents of SHIELD as it's speculated with Feige taking over all of Marvel, SHIELD will be no more and will be replaced by Marvel's Agents of SWORD in the MCU?

Coulson and the Agents of S.H.I.E.L.D. are thrust backward in time and stranded in 1931 New York City. With the all-new Zephyr set to time-jump at any moment, the team must hurry to find out exactly what happened. If they fail, it would mean disaster for the past, present and future of the world. Join us on May 27 Wednesday 10p/9pC as we travel through time on Marvel's #AgentsofSHIELD.