Netflix has announced that Zack Snyder has cast Sofia Boutella as the lead in his upcoming sci-fi movie, Rebel Moon.

Boutella came to be known for her break-out role in the hit franchise film The Kingsman, and she went on to star in Universal's The Mummy with Tom Cruise, Atomic Blonde alongside Charlize Theron, Ramin Bahrini's Fahrenheit 451 for HBO, and A24's Climax for Gaspar Noé; she can currently be seen in Wyatt Rockefeller’s feature debut Settlers for IFC.

Rebel Moon is described as: When a peaceful colony on the edge of the galaxy finds itself threatened by the armies of the tyrannical Regent Balisarius, they dispatch a young woman with a mysterious past to seek out warriors from neighboring planets to help them take a stand.

Zack Snyder is directing, with Snyder writing along with Shay Hatten and Kurt Johnstad, with the story by Snyder and Johnstad. 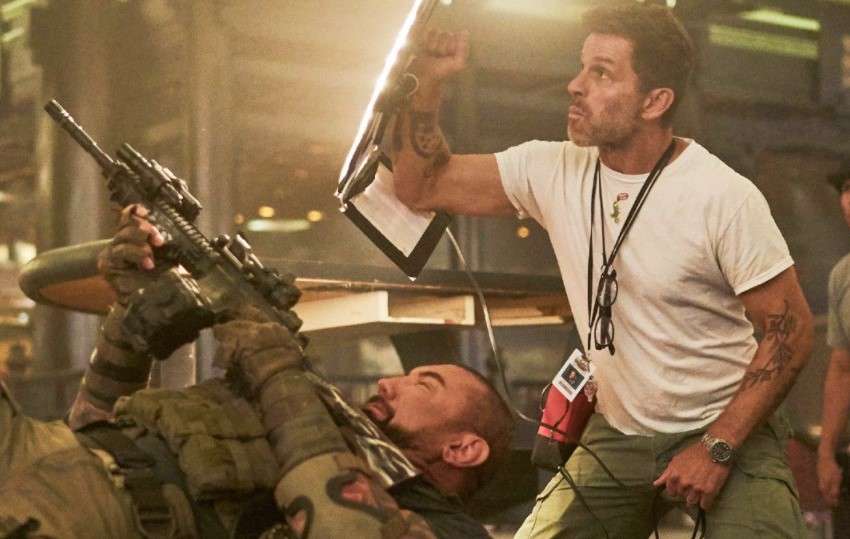 This marks the fifth collaboration with Netflix and Shay Hatten, having previously written Netflix’s hit film Army of the Dead with Zack Snyder, and three upcoming films: The German language prequel Army of Thieves starring and directed by Matthias Schweighöfer, an anime spin-off Army of the Dead: Lost Vegas, and the vampire hunting film Day Shift starring Jamie Foxx.

This also marks a reunion for Newman and Snyder and Stuber, as one of Netflix’s most prolific producers, Newman drafted Snyder to direct his first film, Dawn of The Dead, in 2004, and Netflix’s Scott Stuber oversaw that film in his then role of vice-chairman of Universal.

Rebel Moon is the first feature to fall under the first-look partnership between The Stone Quarry Productions, a production company founded by Zack and Deborah Snyder, and their producing partner Wesley Coller, and Netflix.

It continues Netflix’s relationship with the Snyders and Stone Quarry who produced zombie thriller Army of the Dead, helmed by Snyder, and prequel Army of Thieves - which was released globally on Netflix this past weekend and is currently the #1 film in 90+ countries. They are also producing anime spinoff Army of the Dead: Lost Vegas and Norse mythology series Twilight of the Gods.