Zack Snyder releases a new teaser poster for his Netflix zombie movie, Army of the Dead, with the news a trailer will be released on Thursday.

The poster features a bank vault, which looks to be from a casino, as the flick is set in Las Vegas, along with money, zombie hands, playing cards, and poker chips.

“Survivors take all. Army Of The Dead on Netflix May 21. Teaser this Thursday,” tweeted Zack on Sunday.

Survivors take all. #ArmyOfTheDead on @Netflix May 21.
Teaser this Thursday. pic.twitter.com/sIgDoz6rmz 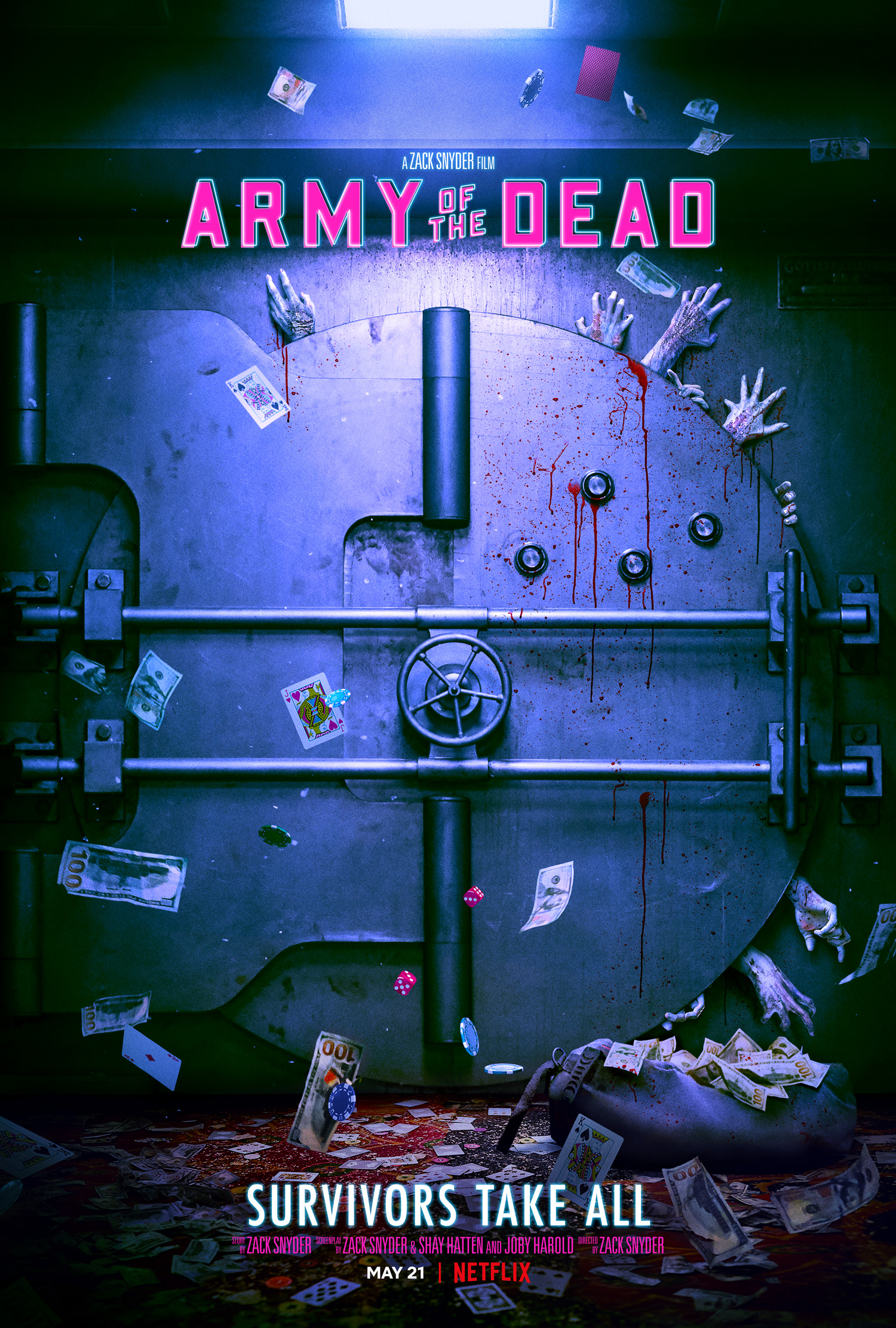 Army of the Dead is a zombie heist movie

The movie is described as a “zombie heist movie” that follows a zombie outbreak in Las Vegas, where a group of mercenaries takes the ultimate gamble by venturing into the quarantine zone to pull off the greatest heist ever attempted.

Snyder is also developing for Netflix an Army of the Dead anime series, Army of the Dead: Lost Vegas, which chronicles the origin story of Scott (Dave Bautista) and his rescue crew during the initial fall of Vegas as they confront the mysterious source of the zombie outbreak.