Gal Gadot roughs up a pair of bad guys in a new image released for Wonder Woman 1984.

The pic shows Gal Gadot as Wonder Woman at the mall where she is holding up two presumably bad guys.

Director Patty Jenkins also filled in Total Film Magazine that Wonder Woman 1984 was “a much harder movie to shoot… I was more ambitious with it. So doing all the stunts for real on wires and things, it’s extremely complicated and time-consuming. And everybody involved knows that you could say, ‘Oh, forget it, we’ll just do it in CG.’ So it was difficult in a new way [compared to the first film]. 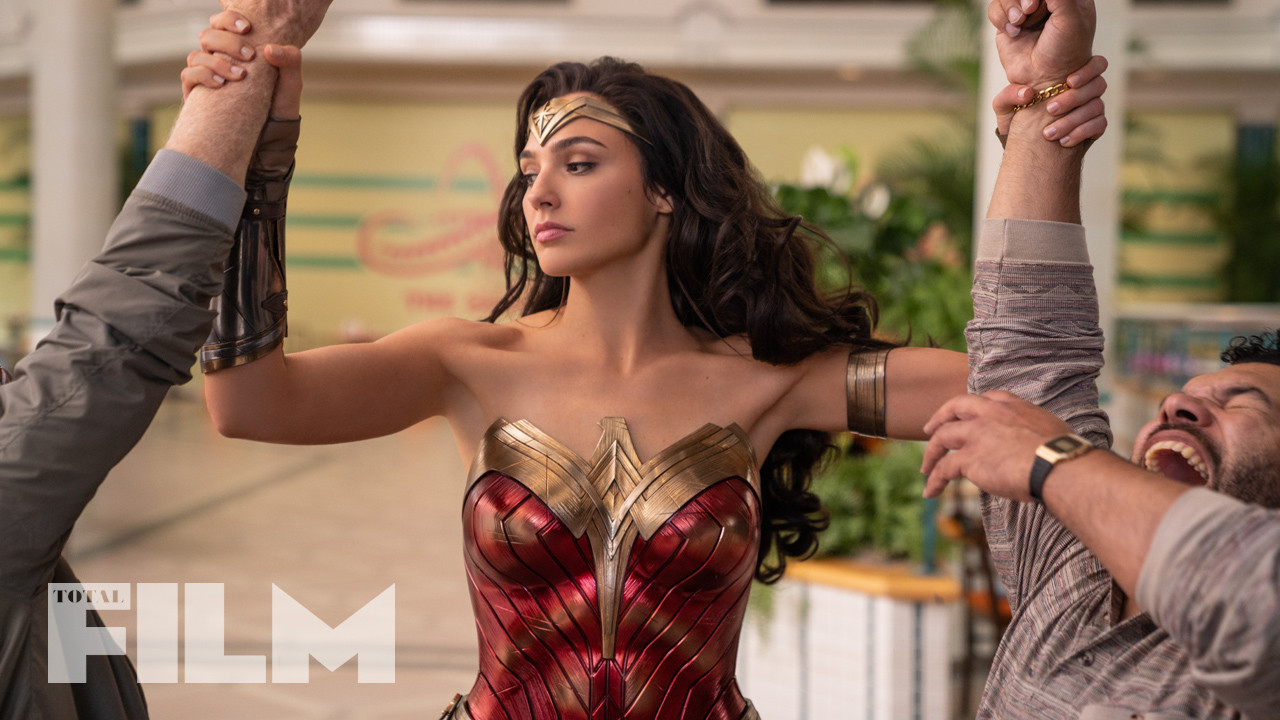