Netflix has revealed that The Witcher Season 2, Cobra Kai Season 4, and You will be airing on the streaming service at the end of the year, all of which were delayed due to COVID.

While the premiere dates are yet to be announced, Netflix Co-CEO and Chief Content Officer Ted Sarandos revealed at the company’s recent investor meeting that the shows will air during Quarter 4, which is September through December, along with the films, Red Notice (stars Dwayne Johnson, Ryan Reynolds, and Gal Gadot), and Escape From Spiderhead.

“What happened in the first part of this year was that a lot of the projects that we’d hoped to come out earlier did get pushed because of the post-production delays and Covid delays and we think we’ll get back to a much steadier state in the back half of the year, certainly in Q4 where we have the returning seasons of some of our most popular shows like The Witcher and You and Cobra Kai as well as some big tentpole movies that came to market a little slower than we’d hoped like Red Notice and Escape From Spiderhead,” said Sarandos.

Earlier this month saw The Witcher Season 2 finish filming which stars Henry Cavill where a new pic of the actor as Geralt of Rivia was released. Showrunner Lauren S. Hissrich also celebrated the wrap for Season 2. Check out the tweets below.

You stars Penn Badgley, Elizabeth Lail, Victoria Pedretti and is described as: "A dangerously charming, intensely obsessive young man goes to extreme measures to insert himself into the lives of those he is transfixed by."

All the previous seasons of the aforementioned shows are available on Netflix. 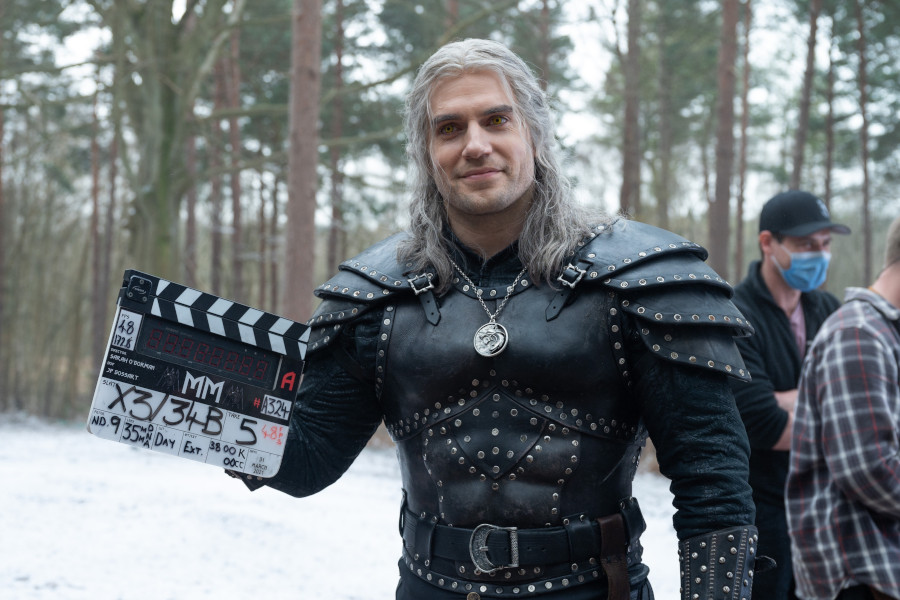 That's a wrap on Season 2! The White Wolf awaits you back on The Continent. pic.twitter.com/SqrAbeelob

How’d I get this lucky at work? ♥️ pic.twitter.com/bO5KOmGobk

That's a wrap for me on S2 of @witchernetflix I love this crazy, talented, geeky, clever bunch of misfits and I'm so glad @LHissrich brought me into the family. It's been a life altering journey. In the very BEST of ways.#Wolfpack --⚔️--‍♀️ pic.twitter.com/u3IeqNQ4hD