"You can't outrun destiny just because you're terrified of it," the video descriptions tease.

Henry Cavill also shared images from the press tour for The Witcher on social media. See below.

The series premiers Dec. 20 on Netflix. 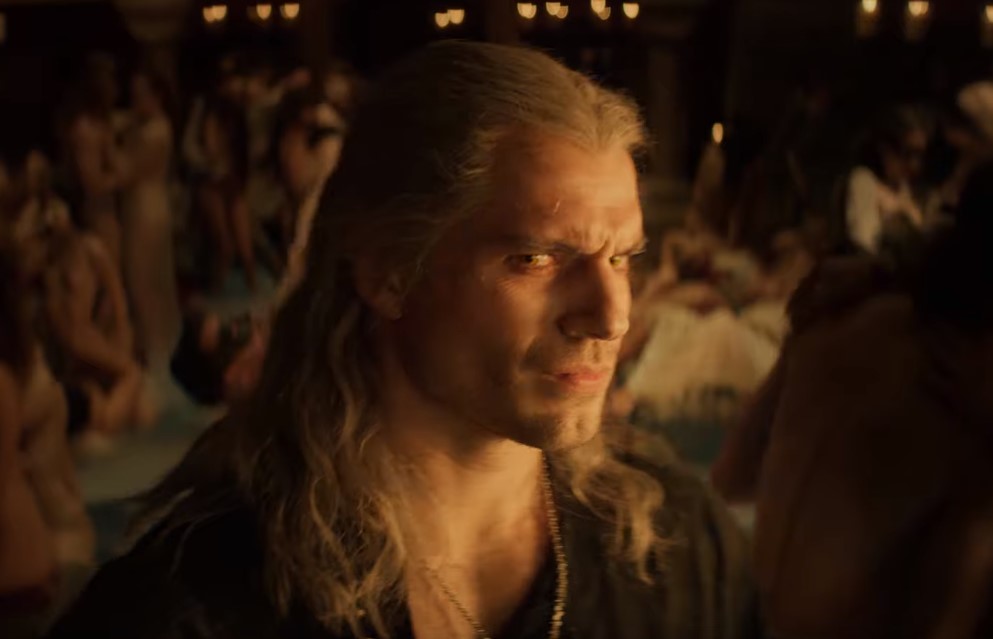 Henry Cavill as Geralt of Rivia:

Anya Chalotra as Yennefer of Vengerberg:

I clearly knew where I was going while at the Rich Eisen show! ----‍♂️ Just wanted to say a big thank you to everyone there for being such wonderful hosts once again. I'm looking very forward to coming back! PS Rich, It was lovely to meet your fantastic mum too! @RichEisen @RichEisenShow #TheWitcher

Woke up this morning with some thoughts. As you know, I love me some country and Chris Janson says it best in this song. LA left me with some Good Vibes! Thank you to Mr Janson for putting it so perfectly and thank you to all of you for making this trip an unforgettable experience! So, Goodbye LA and Hello Buenos Aires!! Oh and for anyone wondering where those fancy trousers and that snazzy plum jacket come from? They were both put together by the master artisans at Huntsman of Savile Row. Best I've ever worn! @TheChrisJanson #TheWitcher @HuntsmanSavileRow #LA #BuenosAires #Argentina

About last night...... 'Twas my first night ever in Argentina so thought I might check out some of what makes you guys so special, and I found at least part of it! Argentine Tango is b.e.autiful! And the dancers, musicians and singers at Café de Los Angelitos had me enthralled. Couldn't help but wonder that if Geralt never ended up being a monster hunter, would he have been an Argentine Tango dancer??? #Argentina #BuenosAires #CafeDeLosAngelitos #TheWitcher #TangoGeralt

If you don't like the meats....look away now. I went out for a little more culture last night and found the best steak I've ever had!! Genuinely.... I don't need to post this, I just feel like I should. The steak in Argentina is absolutely incredible...... I had a 600 gram filet mignon and didn't slow down once throughout. That coupled with some mega good malbec, made it a dinner I will not forget! Then I got to meet the people responsible for the legendary hunk of meat in the kitchen of El Mirasol (that's the restaurant). This fella here clearly thinks I'm great. Couldn't cross my wrists for Heliotrope but maybe some Quen would give me the edge! #BuenosAires #Argentina #ElMirasol #Steak #TheWitcher

As I'm sure you may know by now, I am in Sao Paulo, buuuuuut I just wanted to give a big shout out and a thank you to the fans in Buenos Aires! It was so wonderful to meet, see and hear you all! A thank you to Shawn Mendes as well, pretty sure I borrowed some of your fans outside the hotel! Argentina, I will be back! Most definitely, I will be back. #TheWitcher #BuenosAires #Argentina

Moon Knight Gets The Witcher Writer
'The Witcher: Nightmare Of The Wolf' Anime Moving Coming To Netflix
Henry Cavill and The Witcher: Over 100 Million Tune In On Netflix