What if I told you Will Smith was almost in The Matrix as Neo along with Val Kilmer as Morpheus?!

Well, it nearly happened as Will Smith releases a video explaining why he turned down The Matrix. Smith explains that the pitch meeting didn’t exactly go well or convince him that the movie was going to be any good, so he turned down The Matrix and instead chose to do Wild Wild West.  Obviously, it doesn’t take the Oracle to know that Smith made the wrong choice. Or did he? In the video, Will Smith also explains that if he did make the movie, it would have been a lot different and that he might have ruined it. Smith also says that Keanu Reeves and Laurence Fishburne were perfect.

Check out the video below. Here is the text:

Alright. This one of them stories I’m not proud of, but it’s the truth. I did turn down Neo in The Matrix. Hold up, y’all jumping to conclusions. That [1996] was like a crazy time in my life. It was like however I threw the ball, it was going in. I had done Independence Day the year before, so I was like, ‘Nah, I’m not doing another alien movie. I don’t want to be the alien-movie-guy.’ So I turned down Men In Black. And Steven Spielberg called me, the producer. He was like, ‘Why did you turn down the movie?’ I was like, ‘You know. I just don’t want to be the alien guy.’ He said, ‘Do me a favor. Don’t use your brain for this one. Use my brain.’  He was so serious, that I was like, ‘Alright. He did do Jaws [laughs].’  You just get in that universal energy and nothing can’t go wrong. Then the other side comes and you can’t do nothing right.

So after we made Men In Black [1998], The Wachowski’s, they came in, and they only did like one movie, I think it was called Bound. And they came in and made a pitch for The Matrix. And as it turns out, they’re geniuses, but there is a fine line in a pitch meeting between genius and what I experienced in the meeting. So this is the actual pitch that they made for The Matrix:​

In the Wachowski’s voice: Dude, we’re thinking like, imagine you are in a fight, and then you like jump. Imagine if you could stop jumping in the middle of the jump. ​

As Will Smith: Say that again.​

As Will Smith: [Silence]

So I made Wild Wild West. I’m not proud of it. Like you know you see people, that Monday, I was like, ‘Hey guys, sorry. Hey, listen. I’m working on Bad Boys 2. Don’t worry about it. Sorry.’ But it ain’t like it would’ve been that… Keanu was perfect. Laurence Fishburne was perfect. If I had done it, because I am black, Morpheus wouldn’t have been black because they were looking at Val Kilmer. I was going to be Neo. Val Kilmer was going to be Morpheus. So I probably would have messed The Matrix up. I would have ruined it, so I did ja’ll a favor.

Check out more from Will Smith in the video, which comes off rather funny, but I have to say the idea of seeming Smith as Neo and especially Val Kilmer as Morpheus is rather intriguing: 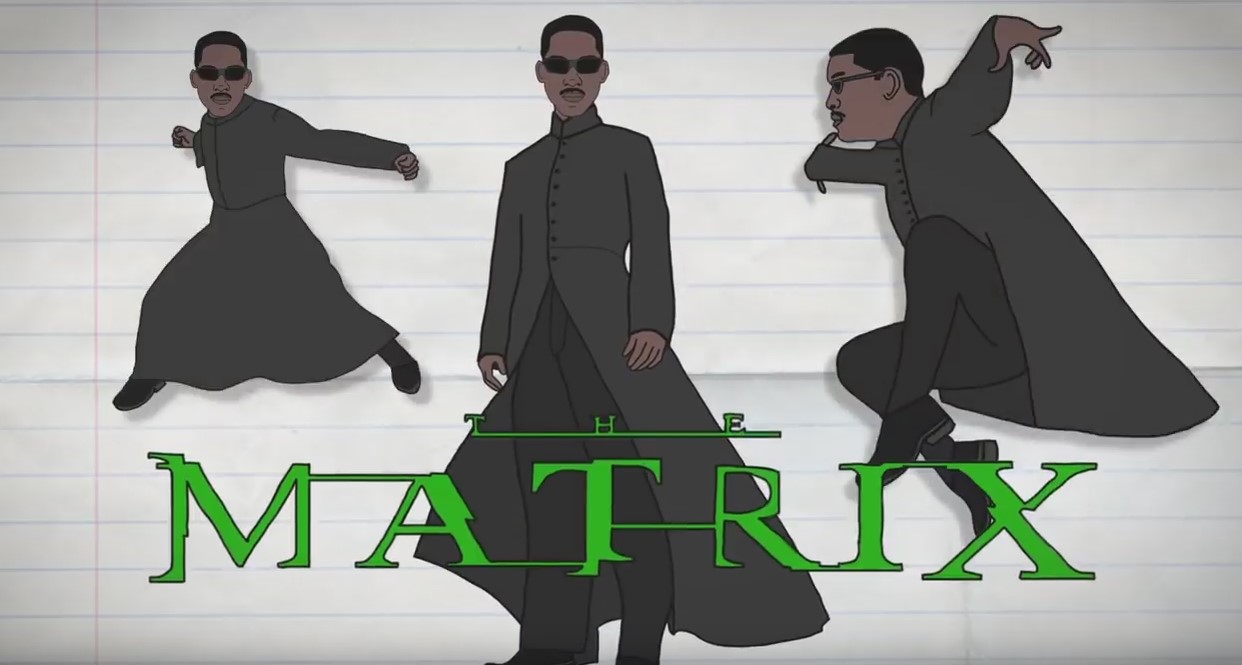