WandaVision may be delayed until 2021 if the customer support for Disney Plus in Latin America is anything to go by.

A fan apparently called up their local Disney Plus customer support and basically questioned "Hey! What's going on" where a rep is said to have responded with information WandaVision will get released in January.

As the tweet notes (translated) don't consider this anything official as of yet as Disney Plus and Marvel have yet to announce anything.

The thought WandaVision could be delayed to January 2021 wouldn't be unheard of as basically everything coming out of Hollywood is delayed, which is due to the fears surrounding the coronavirus shutting everything down.

Marvel has already confirmed that The Falcon and the Winter Soldier is delayed until 2021, which was supposed to debut in August on Disney Plus and mark the launch of the new MCU shows on the streaming service.

All along, WandaVision was supposed to be released in December, and it was thought to be sticking to the schedule, but again, things could be delayed. Another possibility is that the show could get released at a later date internationally compared to here in the United States.

The cover of the latest issue of Entertainment Weekly has been released which sports Elizabeth Olsen as Scarlet Witch and Paul Bettany's Vision where the President of Marketing for Walt Disney Studios tweeted the series will be released soon, but no release date has been announced and January could be looked at as "soon" as it is less than two months away.

I'm guessing another reason for the delay for WandaVision is so that Disney Plus subscribers get new content as Disney only has new episodes of The Mandalorian Season 2 presently, which will stretch to December, so if WandaVision debuts in January, that basically gives Disney a guarantee their subscribers won't cancel and will stick with the streaming service for months to come. 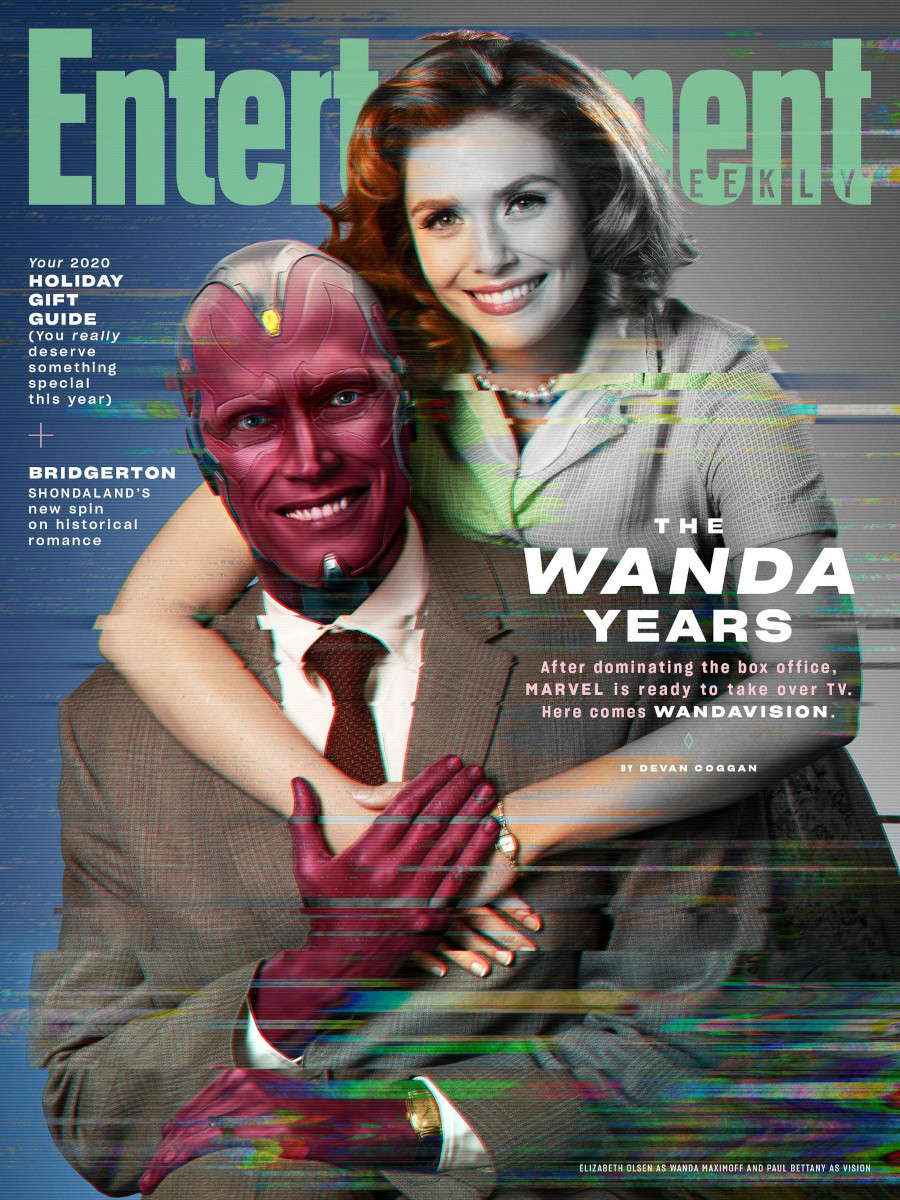