Writer Tom King takes to social media to show off a piece of concept art for the upcoming WandaVision Disney Plus series starring Elizabeth Olsen and Paul Bettany.

“Well, there you go,” King posted on Instagram on Sunday.

The pic that was released at this weekend’s D23 Expo shows Scarlet Witch and Vision in what looks to be the ’50s for some reason, though we see their shadows on the wall show their true Marvel characters.

It’s known the series directly ties into Doctor Strange in the Multiverse of Madness so perhaps this show is set in one of those alternate universes as last we saw of Vision, he was killed by Thanos at the end of Infinity War.

Tom King actually wrote a Vision comic book series for Marvel which looks similar to the below concept art and is described as:

One of the most celebrated comic books of the century, collected in full at last! Vision wants to be human, and what’s more human than family? So he heads back to the beginning – to the laboratory where Ultron created him as a weapon. The place where he first rebelled against his given destiny and imagined that he could be more – that he could be a man. There, he builds them. A wife, Virginia. Teenage twins, Viv and Vin. They look like him. They have his powers. They share his grandest ambition – or is that obsession? – the unrelenting need to be ordinary. Behold the Visions! Theirs is a story of togetherness and tragedy – one that will send the Android Avenger into a devastating confrontation with Earth’s Mightiest Heroes. 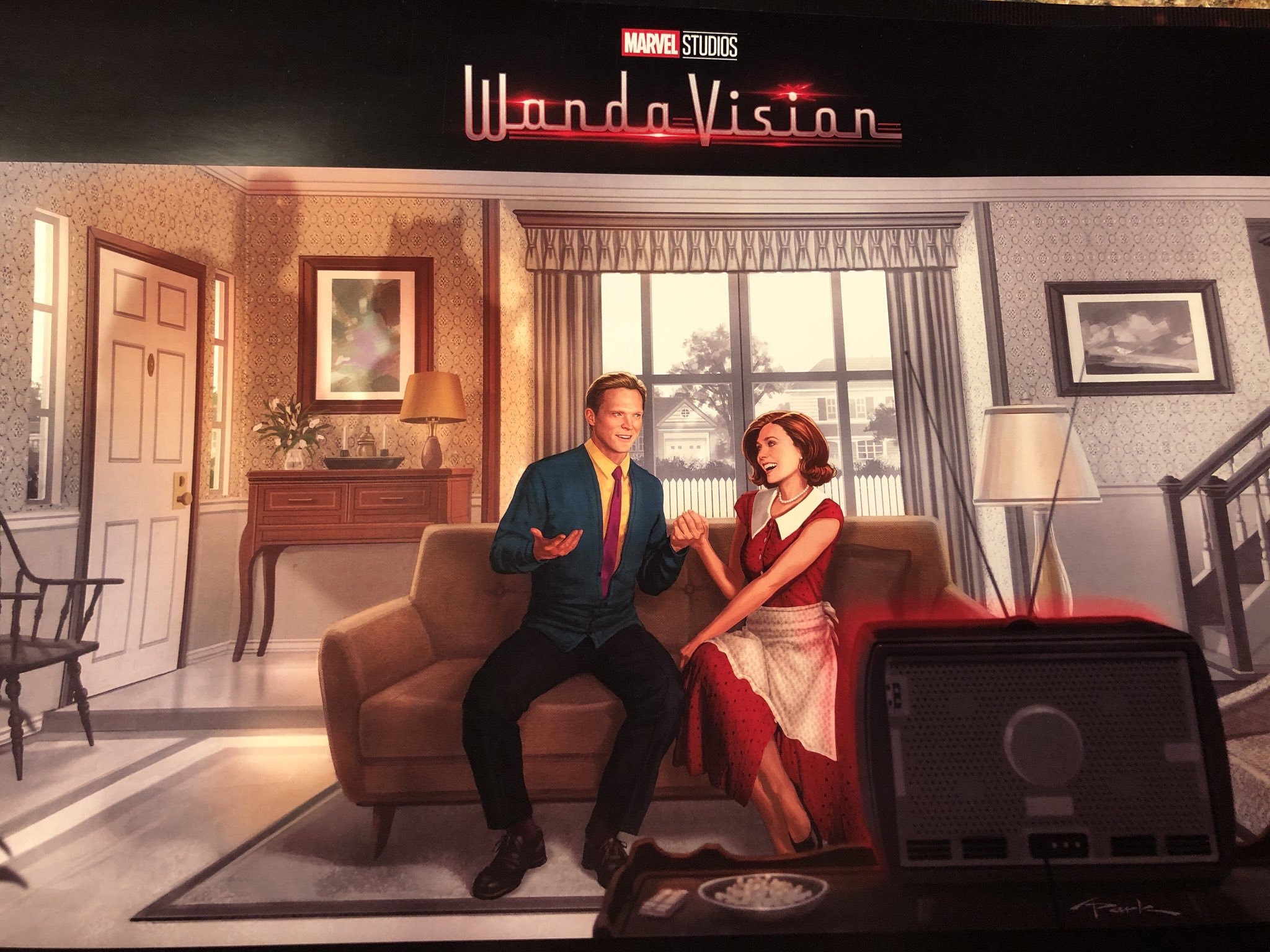