The big trailer release happens tonight on ABC during the NBA Playoffs during Game 4 between the Miami Heat and the Boston Celtics which tips off at 8:30pm EST.

Tonight sees the release of the new Thor: Love and Thunder trailer which, according to star Chris Hemsworth, is going to blow your mind, and he adds the movie is incredible.

Following the release of the promo with Taika Waititi and Tessa Thompson, Chris Hemsworth took to his Instagram on Sunday to release the following video to promote the trailer release, which happens tonight on ABC.

"Hey, what's up, guys, hope you're well. Huge, huge announcement. The official trailer for Thor: Love and Thunder is out tomorrow," Hemsworth says. "Do not miss it, spread the word, spread the love. This trailer is going to blow your mind. It is something that I am so, so proud of., This film is incredible. I cannot wait for the fans to see it. It is the greatest thing I have ever had the pleasure and honor of working on, and I can't wait for you to see it. I love you all. Check it out. Thor: Love and Thunder trailer, tomorrow. See you then."

The Thor: Love and Thunder trailer gets released on ABC during the NBA Playoffs tonight (Monday) during Game 4 between the Miami Heat and the Boston Celtics which tips off at 8:30pm EST, and we'll have it online once it becomes available.

The flick gets released on July 8, 2022 also starring Natalie Portman as The Mighty Thor and Christian Bale plays the villain of the film with Gorr the God-Butcher, with Waititi also again providing the voice of Korg.

You’re going to Love this.

Tune in Monday to watch the all-new trailer for Marvel Studios’ Thor: Love and Thunder during Game 4 of the NBA Eastern Conference Finals. pic.twitter.com/mdqfdk2szl 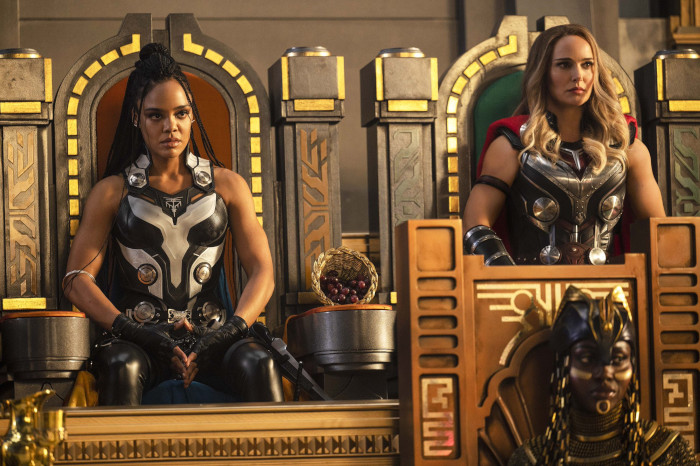