Confirming what has been reported for months, The CW has been sold off to Nexstar Media Group which will own a 75% stake in the network, with Warner Bros. Discovery and Paramount retaining 12.5% each.

The press release found below also confirms Mark Pedowitz will continue as chairman and CEO of The CW and that Warner Bros Discovery and Paramount will continue to make content for the network.

Recently saw a slew of canceled shows at The CW, including Batwoman, Legends of Tomorrow, and Naomi, and it has been announced next year’s The Flash Season 9 will be its last.

In a surprise move, it also became known at the end of Superman & Lois Season 2 that the show is not a part of the Arrowverse and exists in its own universe and is its own thing, so that means once The Flash ends with Season 9, the Arrowverse will be officially over.

Basically, how the DC shows made money is that they were given low budgets but made a lot in selling off streaming rights, but now that Warner Bros Discovery has pulled the plug on all that, the shows won’t be profitable and have been canceled.

Warner Bros. Discovery CEO David Zaslav recently let it be known they have a ten-year Marvel-style plan for the DC films universe, so it appears as if WBD is going to be more focusing on the theatrical side of things. 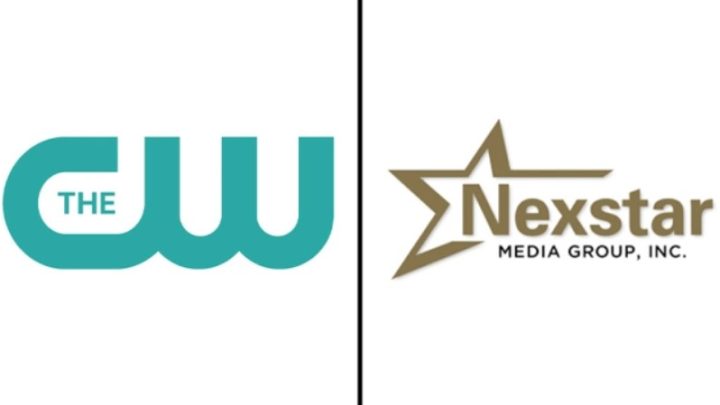 Transaction Expected to Improve Ratings, Revenue and Profit Opportunities for The CW and its Affiliates

IRVING, TX – Nexstar Media Group, Inc. (Nasdaq: NXST) (“Nexstar”) (the “Company”) announced today that it entered into a definitive agreement to acquire a 75 percent ownership interest in The CW Network, LLC (“The CW” or the “Network”).  Warner Bros. Discovery (Nasdaq: WBD) and Paramount Global (Nasdaq: PARA, PARAA), the current co-owners of The CW, will each retain a 12.5 percent ownership interest in The CW and will continue to produce original, scripted content for the Network.

Nexstar, together with its partner stations, is the nation’s largest local television broadcasting company and the largest CW affiliate group with 37 CW and CW Plus affiliates, including affiliates in five of the top ten DMAs, accounting for 32 percent of the Network’s national reach.  The proposed transaction is expected to create value for Nexstar shareholders by solidifying the Company’s revenue opportunities as the largest CW affiliate, diversifying its content outside of news, increasing its exposure to the national advertising market, establishing it as a participant in advertising video-on-demand services and improving The CW ratings, revenue, and profitability, by prioritizing programing for the Network’s broadcast audience.

Mark Pedowitz will continue to serve as The CW’s Chairman and Chief Executive Officer, with responsibility for day-to-day operations.  The transaction is expected to close in the third quarter.

Perry Sook, Nexstar’s Chairman and Chief Executive Officer, commented, “Our acquisition of The CW is strategically and operationally compelling, as it will enable us to leverage our operational experience to improve the Network’s performance through our management of this powerful national platform.  We plan to apply the same strict financial standards to operating The CW as we apply to our other businesses.”

“The CW has delivered signature programming to its broadcast and digital audiences for 16 years,” said George Cheeks, President & Chief Executive Officer of CBS. “Together, with our partners at Warner Bros. and The CW, we have created a welcome home for content that has resonated with viewers on the network and on platforms around the world. This new ownership structure enables us to partner with Nexstar and Warner Bros. Discovery on the next chapter of The CW while re-deploying capital to other content platforms at Paramount.”

Channing Dungey, Chairman, Warner Bros. Television Group, commented: “For 16 seasons, The CW has been home to some of the most groundbreaking and generation-defining programming in television, from the iconic DC Super Heroes of Greg Berlanti’s Arrowverse series to The Vampire Diaries, and everything in between, including the All American franchise, the original Gossip Girl, Kung Fu, Nikita, Riverdale, Smallville, and many many more. The network was also the home of Supernatural, the longest-running live-action fantasy series in U.S. TV history, for 14 of its 15 seasons. We’re excited that the Supernatural story will continue with The Winchesters premiering this fall. We look forward to continuing to collaborate on our shared series and future projects to come under Nexstar’s leadership. We are forever grateful to our partners at The CW, especially Mark Pedowitz, who has been a great friend to the studio for so many years, and to me personally. We know that the network will continue to thrive under his leadership.”