Following a successful three seasons, SYFY, back in 2017, decided not to renew the series and canceled Dark Matter, but now the real reason is learned as the show’s creator sheds some light on the cancellation.

Dark Matter creator Joseph Mallozzi took to Reddit to respond to a fan questioning why the show was canceled:

It irritates me too. Especially because I had a five season plan going in complete with character and story arcs (which is why we were always able to set-up and pay off so much as the show went along). But, since you asked, this is what went down…

When we were first pitching the show, the pilot script went to Syfy’s Acquisition division in New York. They picked up the show. But as it turns out, the script had also been sent to Syfy’s Originals division in L.A. – who hated it and passed. And when they found out that the Acquisitions department in NY had picked up a project they had passed on, I heard they were decidedly Unhappy.

Then the show premiered and outperformed most of their originals. Which, from what I heard, really didn’t sit well with Syfy L.A.

Fast-forward three years later and our point person in New York left to go to Netflix. As a result, we didn’t have a champion in our corner anymore. Even though we were the network’s third-most watched show, I heard that not one executive stepped up for us. And, well, Syfy L.A. were never really fans – so we were cancelled. Without so much as a press release or a thank you. We went back at them and asked for the opportunity to offer fans a conclusion, even simply in the form of a two hour movie. They never even answered the email. 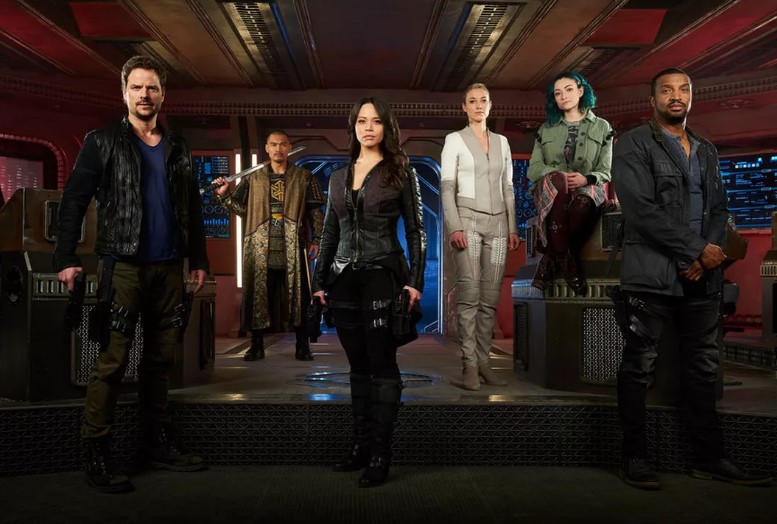 What a bummer for fans and creators alike, as we see Mallozzi says the show was a definite success, but we see that doesn’t matter when it comes down to it. Mallozzi offers an interesting insight into the TV business in that a show’s success isn’t a factor at all when it comes to what a network wants to have featured as part of its lineup, but only certain execs’ opinions.

Now with it learned how Dark Matter was canceled, what about the other SYFY fan-favorite shows? Did the same happen with The Expanse?