A Superman: Man of Tomorrow clip shows the Man of Steel saving the day as a rocket goes off course and threatens the city.

The clip features Clark Kent without his Superman suit, so we can guess he either wasn’t wearing it for some reason or maybe he doesn’t have it yet in this scene.

Superman: Man of Tomorrow is an animated film about Superman’s introduction to Metropolis and the world from director Chris Palmer and writer Tim Sheridan. With a new visual style and star-studded cast (Darren Criss as Superman, Zachary Quinto as Lex Luthor, Alexandra Daddario as Lois Lane), Man of Tomorrow sees Superman go from Daily Planet intern to savior of the planet as he battles Lobo and Parasite.

It’s the dawn of a new age of heroes, and Metropolis has just met its first. But as Daily Planet intern Clark Kent – working alongside reporter Lois Lane – secretly wields his alien powers of flight, super-strength and x-ray vision in the battle for good, there’s even greater trouble on the horizon. Follow the budding hero as he engages in bloody battles with intergalactic bounty hunter Lobo and fights for his life to halt the attack of power-hungry alien Parasite. The world will learn about Superman … but first, Superman must save the world! 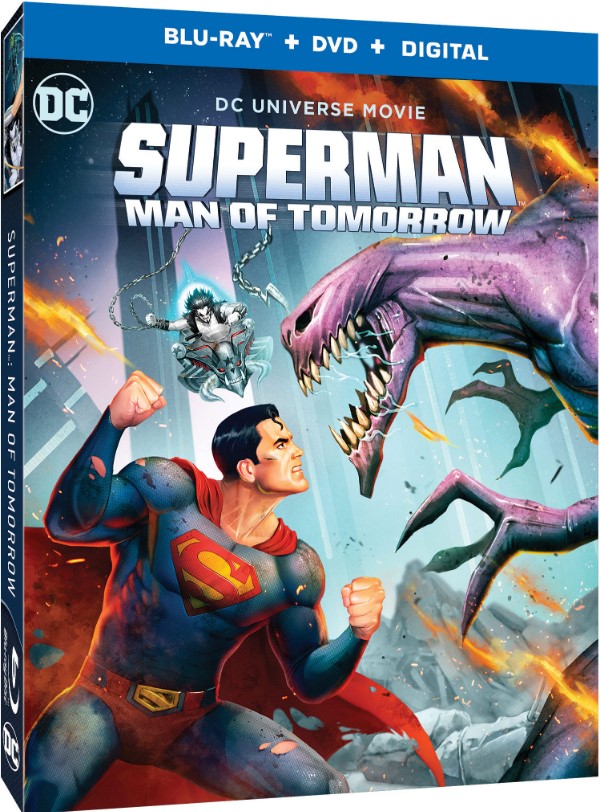