Move over Superman, Batman, Aquaman, Cyborg, The Flash, Wonder Woman, and Shazam, as Dwayne Johnson teases that his Black Adam will be taking over the DCEU.

Johnson has taken to his Instagram account numerous times mentioning, “The hierarchy of power in the DC Universe is about to change.”

With each mention, the 6′ 5″ 260 lb actor shows off images of his jacked-self in training for the role, which dwarfs both Henry Cavill and Ben Affleck, not to mention Zachary Levi and even Jason Momoa. 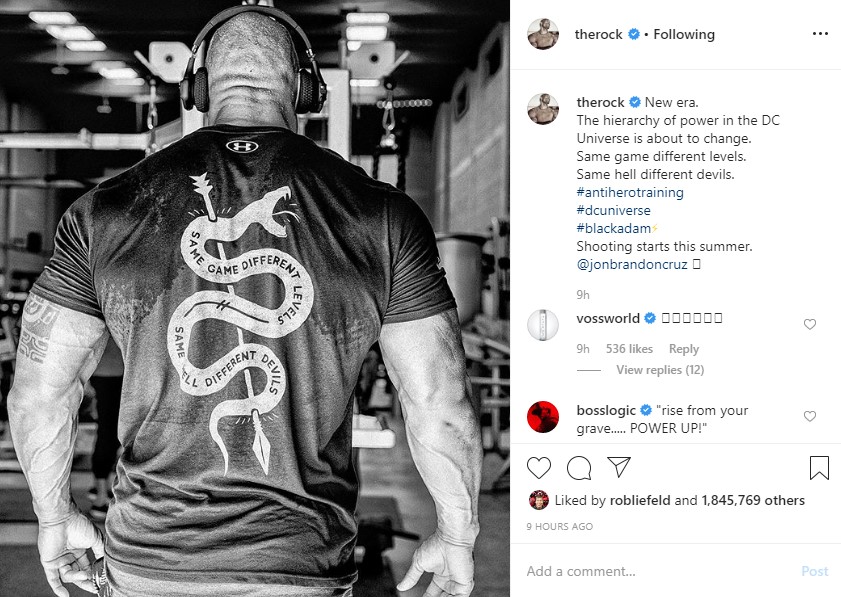 Black Adam will be a new era teases The Rock: 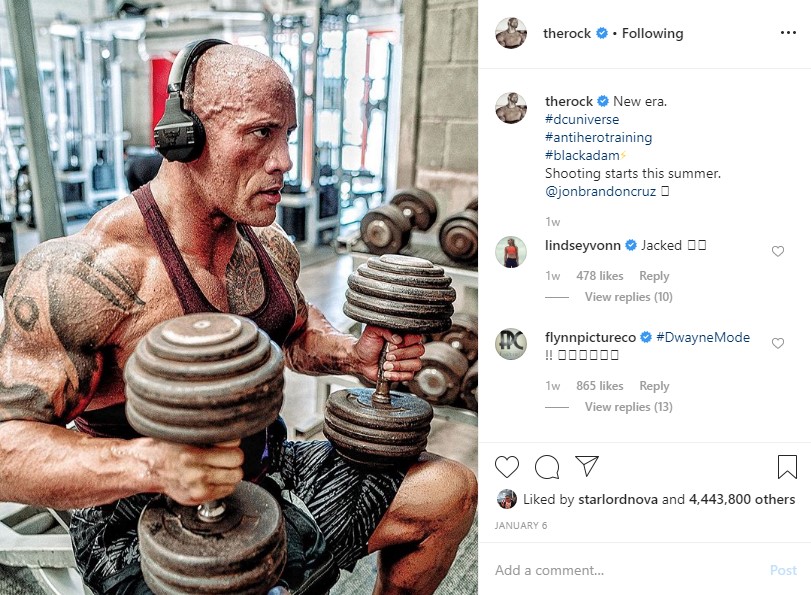 DC Universe is about to change teases Dwayne Johnson:

“The hierarchy of power in the #DCUniverse is about to change,” he said. “Shooting starts this summer.” 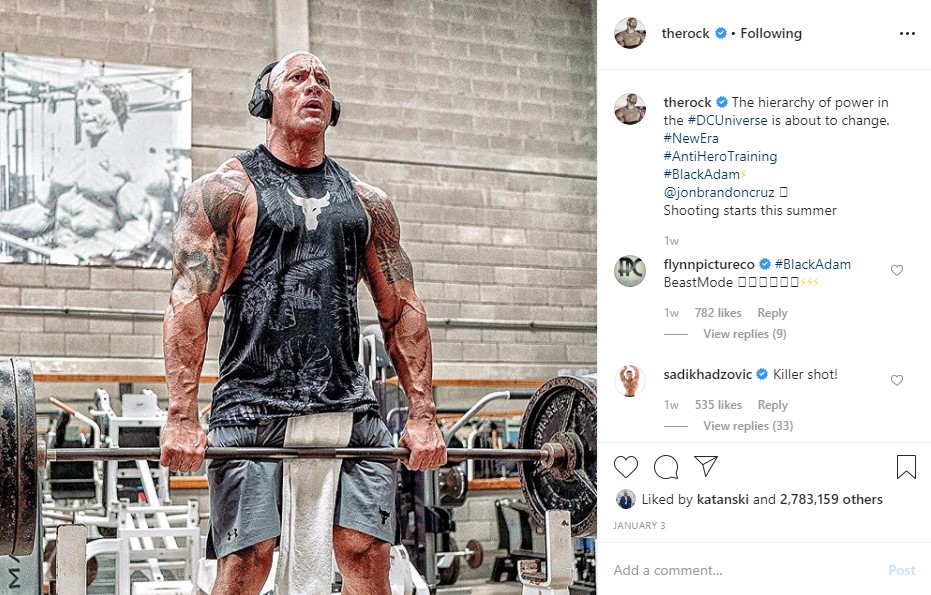 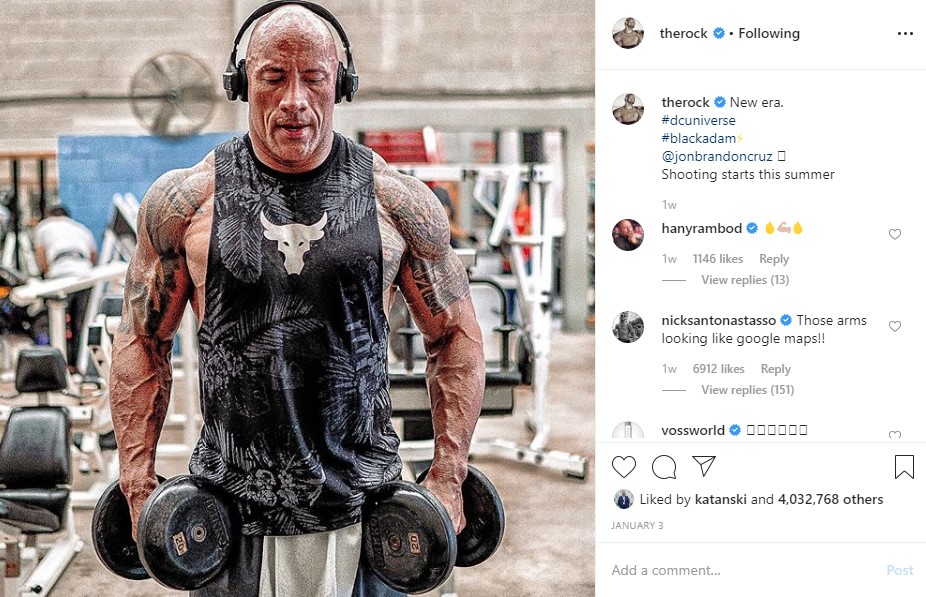 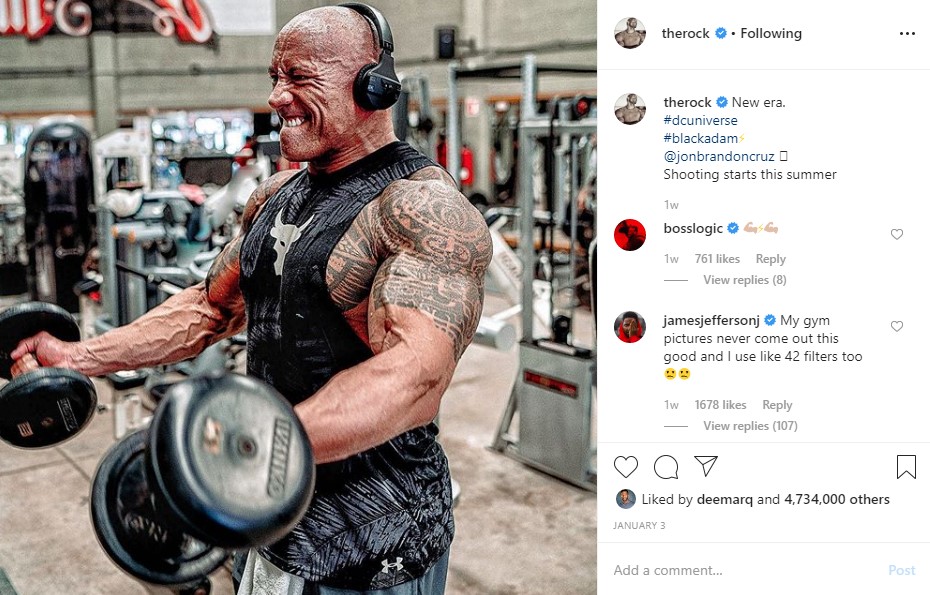 Rumors offer that Johnson may battle Hawkman with it even said Henry Cavill may return as Superman in a potential sequel.

“It all changed for me when I was 10yrs old and was first introduced to the greatest superhero of all time – SUPERMAN,” Johnson said in part. “As a kid, Superman was the hero I always wanted to be. But, a few years into my fantasy, I realized that Superman was the hero, I could never be…”