Superman, Batman, Wonder Woman, and Aquaman are used by Warner Bros. to promote the upcoming release of its new streaming service, HBO Max.

On Tuesday, WarnerMedia officially announced that HBO Max will be ready to launch on May 27 as their new streaming service “will bring you closer to the entertainment you love — anytime, anywhere.”

Since the announcement, the official HBO Max social media accounts have been actively promoting the release of the streaming service featuring the Justice League characters, with promo images and billboards also sporting Superman, Batman, Wonder Woman, and Aquaman.

The promo image happens to feature the women of HBO up front, with Emila Clarke from Game of Thrones, Gal Gadot as Wonder Woman, Anna Kendrick from HBO’s new rom-com series Love Life, and Thandie Newton from Westworld (Superman might be hard to spot; he’s on the bottom left).

The billboard prominently sports the Ben Affleck Batman and Jim Parsons from The Big Bang Theory (Superman is in the back).

Ok, now if they put #Superman in front, how it has to be.#HBOMax pic.twitter.com/oggMipQNta

Honestly.. this billboard is legit. The content they will have is insane and this shoes that WB isnt messing around with HBOmax. Inject this into my veins immediately pic.twitter.com/DFy93Ofcv6 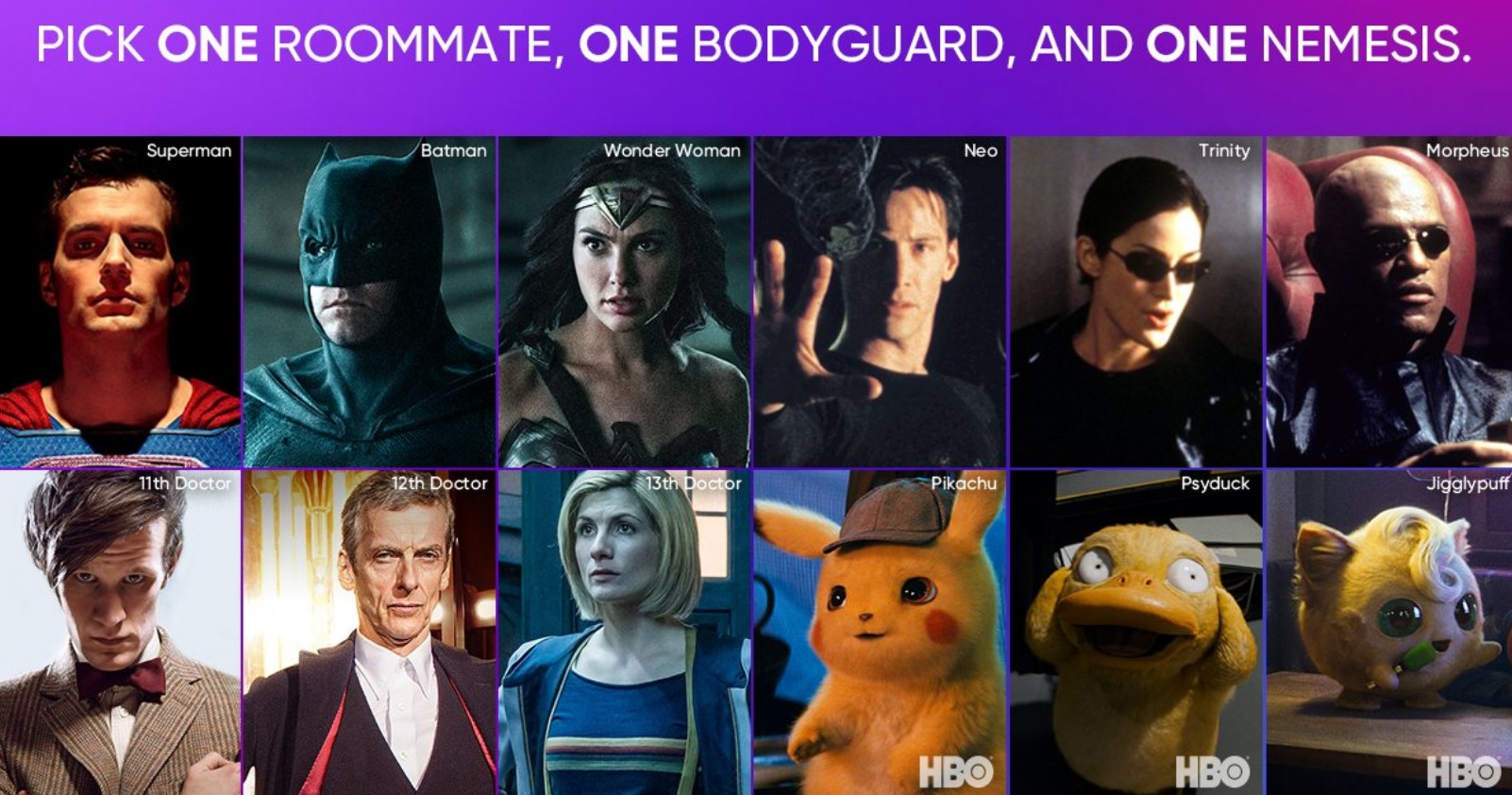 On the HBO Max official Twitter, the account has also used the Henry Cavill Superman, the Ben Affleck Batman, the Gal Gadot Wonder Woman, the Jason Momoa Aquaman, Margot Robbie as Harley Quinn from David Ayer’s Suicide Squad and since today is the 80th anniversary of the Joker, HBO Max tweeted a cool motion poster of the Heath Ledger Joker from Christopher Nolan’s Batman The Dark Knight Trilogy.

And as a fan pointed out, it doesn’t seem as if HBO Max is shying away from the DC characters, so maybe a Snyder Cut Justice League release could happen.

Where Lions and Tigers and Bears meet Friends and Heroes and Princes. HBO Max. Where HBO meets so much more. Start Streaming May 27. https://t.co/e3U0f0NRst pic.twitter.com/t3wMIVWVQO

Pick one roommate, one bodyguard, and one nemesis.
Stream these and more favorites on HBO Max this year. pic.twitter.com/r79a9NWHAR

Go ahead, steal a moment for yourself.

Stream Suicide Squad on HBO Max this May. pic.twitter.com/TmsvNTprs5

Here’s to the women who don’t stop fighting, no matter what. pic.twitter.com/pdd0k8x7VF