Similar to a lot of fans, Supergirl also looks a bit flustered in pics of her new Season 5 costume that has landed online on social media.

The set pics show off the new Supergirl costume where Melissa Benoist’s character looks a bit agitated for some reason. Is it because of the costume change? We don’t know.

I’m kinda in love with the new Supergirl suit and Melissa’s bangs pic.twitter.com/D4eQsoTY8G

It recently became known that Supergirl is dropping the skirt for Season 5 because of feminism, as instead, the character will be wearing a tight suit.

“I just think it’s more adult,” Benoist told EW.com. “Part of my goal in this whole series for whenever the show ends, I just want there to be a very clear arc for this character that she evolved as a woman and found her femininity and her adulthood, just a self-discovery.”

Benoist continued mentioning how the character is more of an adult.

“Kara is always evolving and becoming more of a woman,” she said. “It’s so fun to look back on season 1 and see how much she has grown. I just felt an ownership and responsibility, and what I wanted [the role] to mean to other people.” 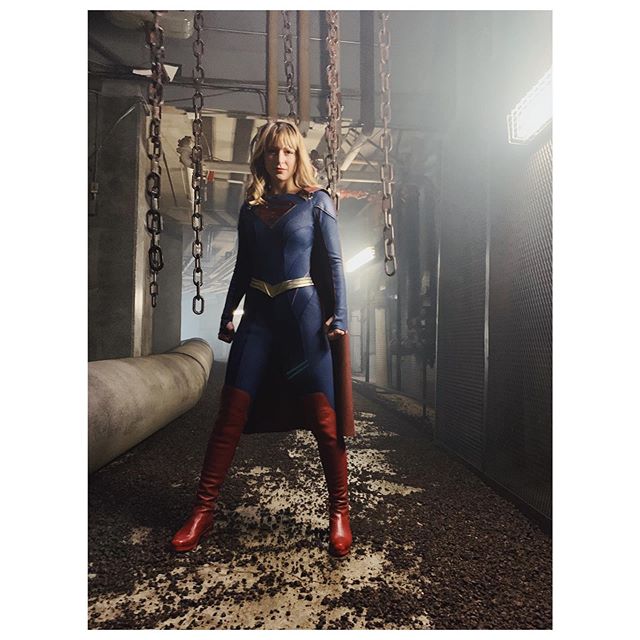