Following the Black Lightning reveal, now the “Super Friends” assemble for Crisis On Infinite Earths which includes Superman, The Flash and more.

Check out images below featuring Tyler Hoechlin as the Man of Steel from Supergirl along with Grant Gustin as The Flash and Brandon Routh as the Kindom Come Superman.

The larger cast photo also features a look at Tom Cavanagh as Pariah who first appeared in the Crisis On Infinite Earths comic back in 1985 and is his Earth’s greatest scientist. 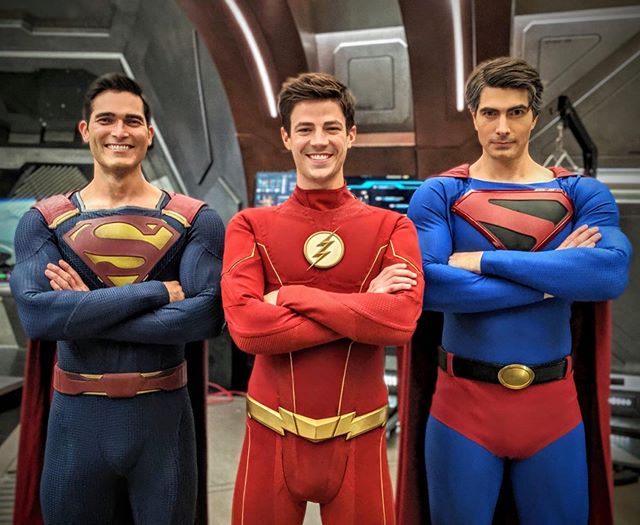