Black Lightning is now officially a part of the Arrowverse as actor Cress Williams reveals a first look behind-the-scenes at his involvement in the Crisis On Infinite Earths crossover.

Williams posted an image and video from the set where Black Lightning is parterned up with Grant Gustin as The Flash.

“Game recognizes game and powers recognizes powers. #grantgustin is a true pro and a great new friend #blacklightning #crisisoninfiniteearths thanks @grantgust for playing with me,” Williams posted on Instagram.

The video Williams posted also shows the Brandon Routh Superman in the back which is onboard the Legends of Tomorrow Waverider ship.

More looks at the Superman characters can be found here. 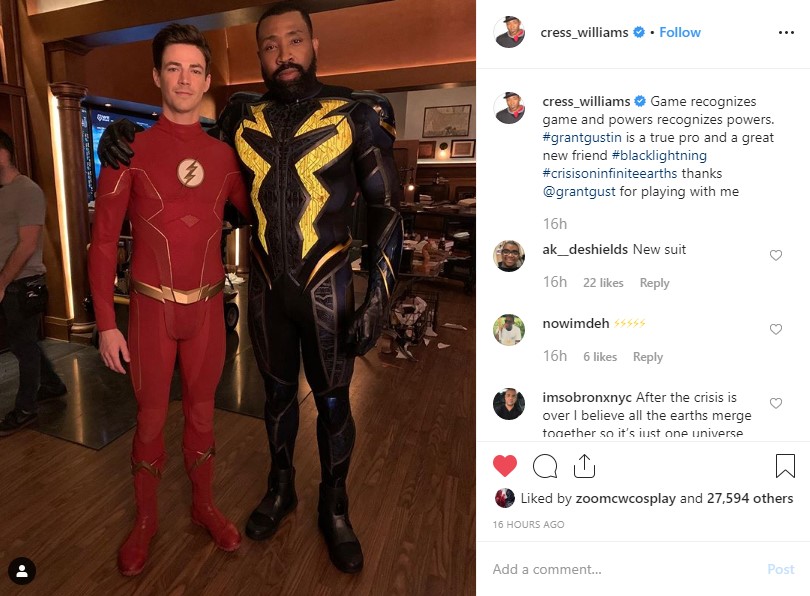