Similar to all the Disney Star Wars movies, Rise of the Skywalker again fails and comes up short for fans of the franchise that George Lucas created 42 years ago.

J.J. Abrams, who failed to deliver with The Force Awakens, returns for Rise of the Skywalker, as following the disaster known as The Last Jedi, LucasFilm president Kathleen Kennedy couldn't get anyone else to direct and had to beg Abrams to come back for the final movie in the Skywalker Saga. 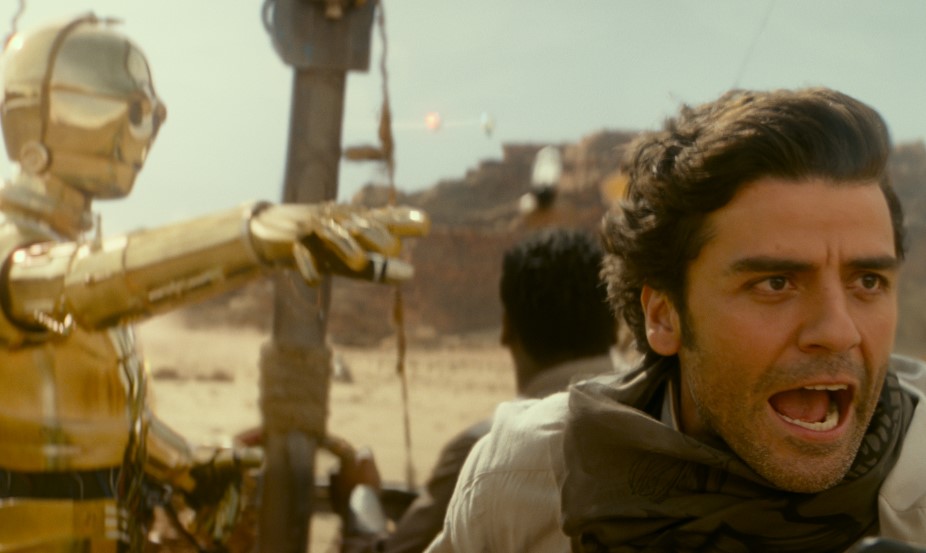 While I do appreciate what length Abrams went through to deliver some sort of quality movie to fans with Rise of the Skywalker, unfortunately, it comes off as too little too late and a forced fan service piece of garbage, which further proves that Kennedy and Disney really had no clue what they were doing or what direction they were headed.

George Lucas gave Disney some sort of outline; reportedly, Star Wars novelist Timothy Zahn offered to help, and it's pretty obvious that fan-favorite SW creator Dave Filoni hasn't been involved, at least up until The Mandalorian, so there is no excuse at all for Disney serving up a trilogy that, for the most part, fans have disliked.

Instead, Disney decided to go with their politically correct driven agenda - thinking that Star Wars fans were zombies, like Feige's MCU audience that would eat up anything - but Kennedy, Abrams, Johnson, Iger, et al, were sadly mistaken, which is proven by the failure of Solo, merchandise sales and Galaxy's Edge. 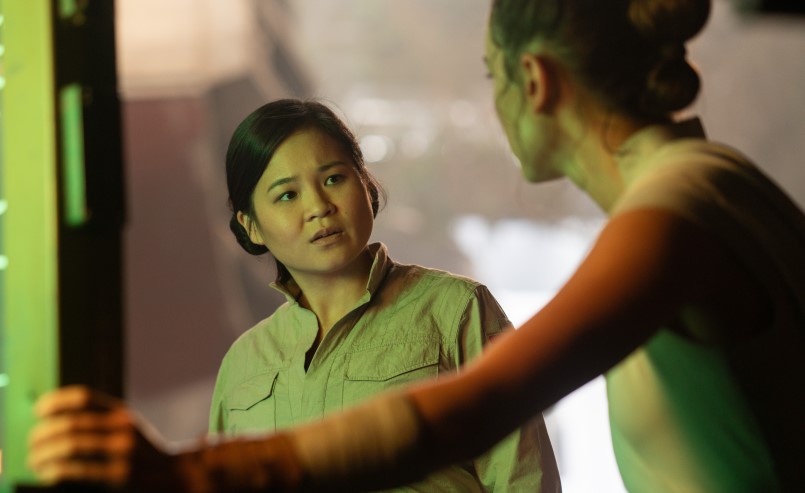 The Rise of the Skywalker is a big mess

The Rise of the Skywalker drops you into a story that has nothing to do with the two preceding films; the Emperor is back out of the blue, said to be responsible for everything, yet nothing was ever hinted at in any of the previous Disney SW flicks, again further proof about Disney not having any direction for this franchise. The first two acts of the film were actually pretty decent, but I didn't like the third act at all and felt it was a big mess. More on that below.

What should have happened is that the story surrounding Rise of the Skywalker should have made up Episodes 8 and 9, with The Last Jedi scrapped, but again, under Kennedy, there was just no direction. 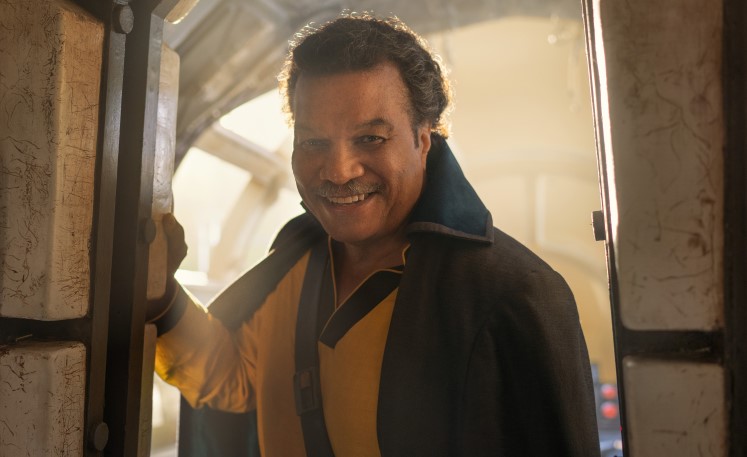 On the fan service moments:

Regarding the fan service moments, again, I do appreciate them (which basically reverses everything in The Last Jedi and sees Disney admit they made a huge mistake), like Luke stating he was wrong, Luke catching the lightsaber, commenting the Holdo maneuver is a joke (basically), no appearance by Holdo, minimal screen time for Rose, the fleet coming to save the day at the end, on and on, but I felt it was just a bit too much.

It should have all been spread out between the three movies, especially some sort of reunion with the original cast, which is where Abrams failed epically with The Force Awakens. Abrams even provided some of the SJW fans a bit of fan service with the Reylo kiss and the inclusion of an LGBTQ scene, so we see at least Disney went out of their way in an attempt to please all fans, but it just came too late, IMO, and felt forced.

The film was also filled with a lot of cringe-inducing scenes, such as Hux becoming a spy and getting killed off (again way too forced), the "they fly now" attempt at Marvel jokes which doesn't at all fit with Star Wars, the inclusion of new Force powers such as healing (funny how they showed Baby Yoda first using healing powers in The Mandalorian and that they released it the Wednesday before Skywalker debuted, obviously intentional, as new episodes debut on Fridays, and it again shows the franchise has zero direction), the ability to teleport objects between Rey and Ren (though it was cool seeing Kylo taking on the Knights), and the "two are one" power that restored the Emperor (eye-rolling). Again, why some of these things were cool, it should have been spread more organically throughout three movies, which would have paid off in an epic third flick, yet everything was jam-packed and thrown into this one movie. 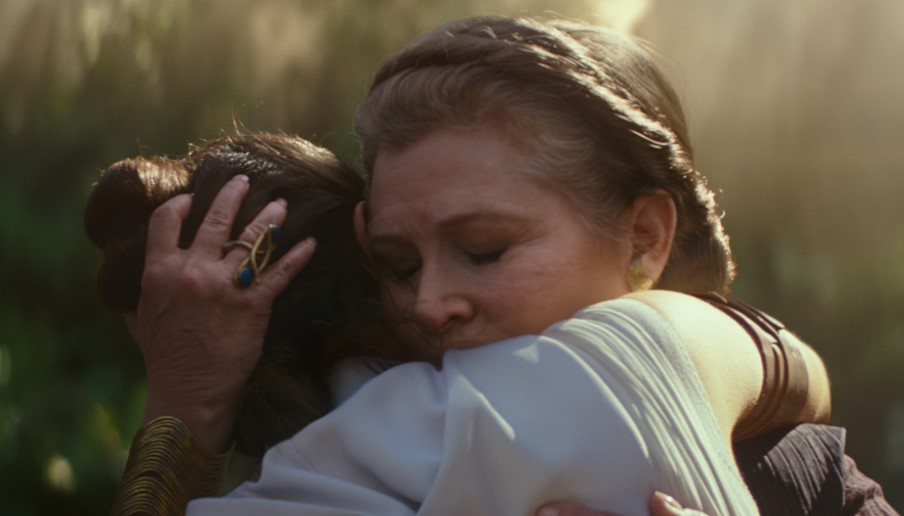 Where Abrams and Disney went dead wrong in Star Wars: The Rise of Skywalker:

The movie killed off the Skywalker family in its entirety (at least that we know of).

Luke died in the last movie; obviously, Leia dies in this one, which leaves Kylo Ren as the last Skywalker, but he, too, dies when he gives up his life force to bring Rey back from the dead.

Rey who is a Palpatine.

So, in part, The Emperor's plan succeeded by killing off all the Skywalkers (lol) and placing a Palpatine at the top, albeit Rey is the "Last Jedi" who will probably now train Finn (recently became Force-sensitive) to become a Jedi as well, but the Skywalker family is no more. 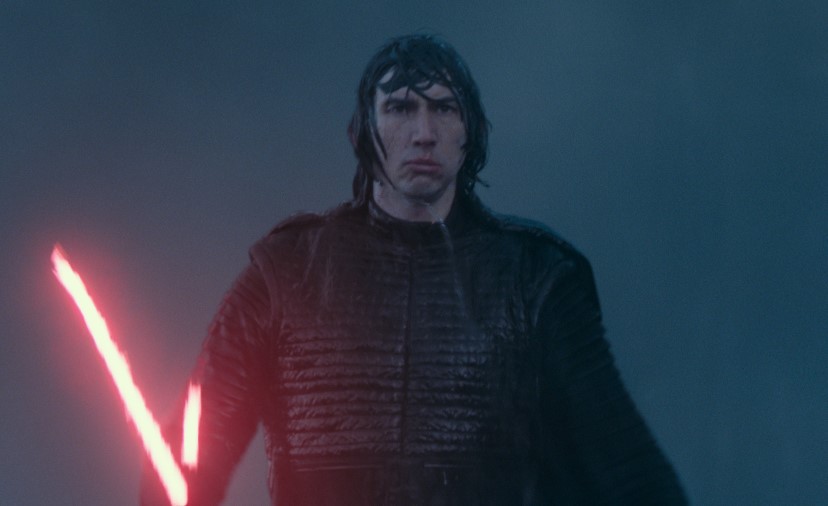 I think I hate Rey even more now.

Then they show Rey burying the Skywalker lightsabers on Tatooine, where she has her own "golden" lightsaber (cringe) and identifies as being a Skywalker. Huh? If anything, that end scene was just another FU to the Star Wars fans.

Can I identify myself as an Iger and fire anyone who has anything to do with creating Star Wars movies at Disney?