Star Wars: 'The Book of Boba Fett' Another Disney Plus Disappointment

The first episode of The Book of Boba Fett has been released on Disney Plus and sadly it's another disappointment following Marvel on Disney Plus.

The episode comes off as pretty lame and low-budget and does nothing to leave me wanting for more.

The character of Boba Fett comes off as weak and unable to lead and the opposite of how the character was portrayed in previous appearances. Why would I want to continue to watch his story?

But, hey, Ming-Na Wen's Fennec Shand is badass and the best character in the show. It's her I want to watch.

"Get me back to the bacta pod," says it all.

The flashback scenes, of which there were many, were pretty decent as we got to see what happened to Boba following Return of the Jedi, but they probably should have done more with the Sarlacc scene, but since the episodes are so short and the season consists of only seven episodes, they can only do so much.

Also, since a majority of the episode featured Boba Fett helmetless I found whenever Temuera Morrison donned the helmet to be rather lackluster: Why bother wearing it?

The present-day(?) scenes were really bad, especially the "big" fight scene with the wannabe Assassin Creed goons. Who would have any respect for Boba Fett after watching that? Boba has become a big wuss.

And the Cantina scene, while cool, felt like it was just thrown in there for the sake of nostalgia. It was much too quick.

Check out some reactions below that are in line with my own views. 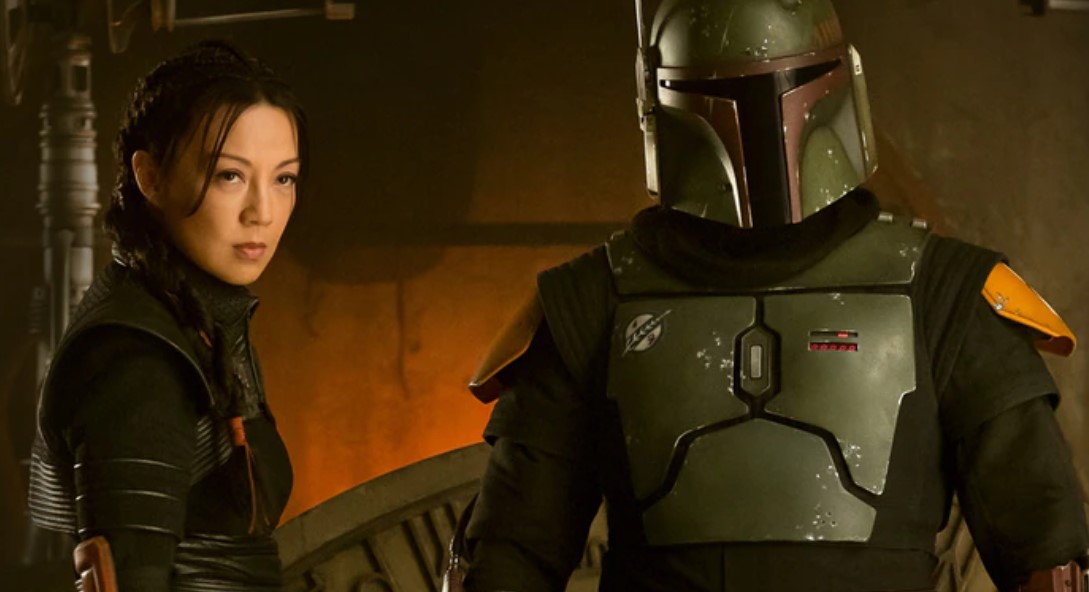 As expected, #TheBookOfBobaFett reaffirms how Disney Star Wars is just big-budget fanfiction. They turned a ruthless bounty hunter into a respectful crime lord with a heart of gold who talks like an MCU character. Who in the world thought that was a good idea? pic.twitter.com/K2l742i2Bm

#TheBookOfBobaFett as expected, pretty boring. Feels like an episode of Rebels, just bring on Kenobi

For being one of the most cunning, ruthless and deadly bounty hunters in the universe, Boba Fett sure is none of those things in the D+ series #BookofBobaFett. Might as well call him Beta Fett.

It's all so dragged out.. I'm sure this would have been much better in a 2 hour movie with less filler. Either way, the helmet thing pisses me off and Fennec is more ruthless and intimidating than him. Plus, the Sarlacc pit escape should have been more epic. Meh.

The Gamorreans didn't look right, bit slimy enough. Fett saying he "doesn't torture" and showing compassion and respect felt out of character. Can't lie, it was great to see the Max Rebo band again. Fett spends too much time with the helmet off.

For a 35 min episode it dragged at times. Any attempts at humour didn't land for me. Temura did an ok job with what he was given. He's in decent shape too. Not sure if he can carry this though. Ending was meh. I'd give it 4/10.