It’s claimed that the upcoming She-Hulk series coming to Disney Plus for Marvel is not exactly all about the titular character, Jennifer Walters.

While discussing DC’s upcoming Batgirl movie, YouTuber Grace Randolph made mention of the Batgirl: Year One comic book which has an artist that also worked on the She-Hulk comics for Marvel.

Randolph mentioned that She-Hulk is also getting her own series on Disney Plus and dropped a tidbit that the She-Hulk series isn’t just about She-Hulk:

Regarding “all the Hulks,” presently in the MCU there is only Mark Ruffalo’s Hulk, but in the comics, there are many more. 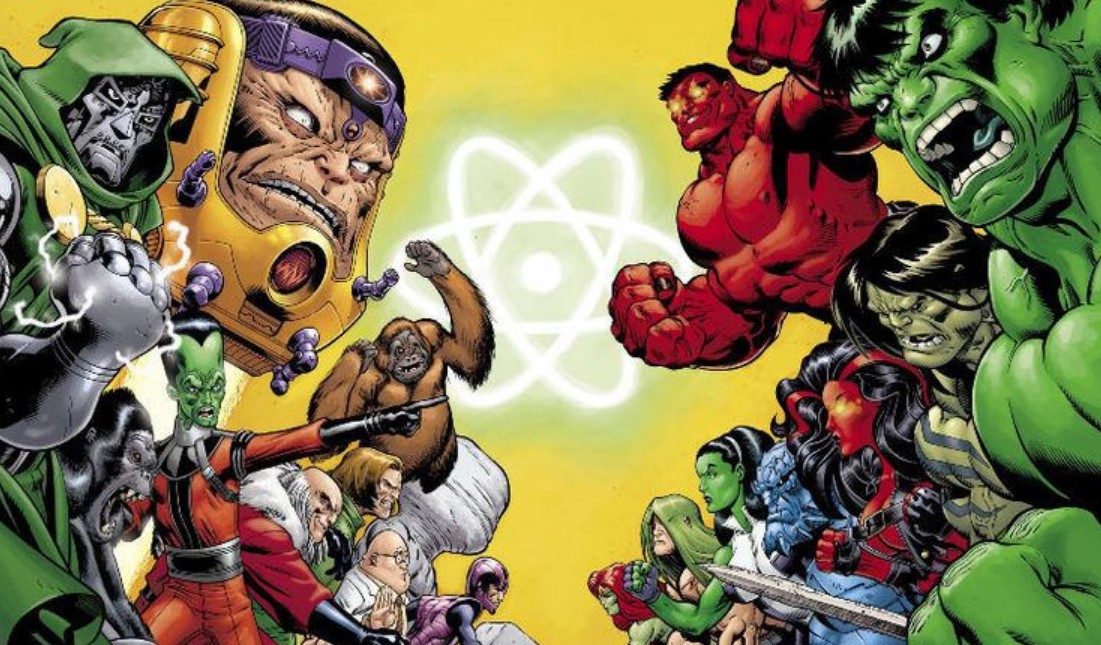 Many Hulk versions exist in the comics

It has been said Mark Ruffalo will be appearing in the Disney Plus series, which seems obvious as in the comics Banner gives his cousin, Jen Walters, a blood transfusion which transforms her into She-Hulk.

However, Grace Randolph seems to be indicating there will be more Hulks than just She-Hulk and Ruffalo’s Big Guy in the Disney Plus series.

There are rumors and speculation that the MCU might be introducing the Red Hulk, who in the comics is General Ross, played by William Hurt.

We can also add that possibly Amadeus Cho could be introduced in the She-Hulk series who has also gone on to become a Hulk.

Other possibilities include the Rick Jones A-Bomb Hulk, and even Betty Banner has become a Red She-Hulk.

What also would be pretty cool is if the series gave us different versions of the Banner Hulk. The Avengers: Age of Ultron almost featured the grey Hulk from the Ultimate Avengers, but it was cut because it was thought it would be too complicated for Feige’s general audience.

I’m a huge fan of the Hulk comics and really favor the Joe Fixit Grey Hulk; there is the World Breaker Hulk from Planet and World War Hulk (wasn’t used in Thor: Ragnarok), the son of Hulk, and recent rumors even offer the Immortal Hulk (awesome comic) will be featured in a Hulk vs Wolverine movie.

Hopefully, Feige gets rid of the goofy Endgame version and gives us the Hulk(s) we all need and deserve.