The comics will first be released digitally through Amazon’s comiXology and then in print through Dark Horse.

Geoff Johns also recently bailed on DC Comics and is publishing at Image Comics with Geiger.

Titles to be digital first on comiXology and Kindle, then in print via Dark Horse Books 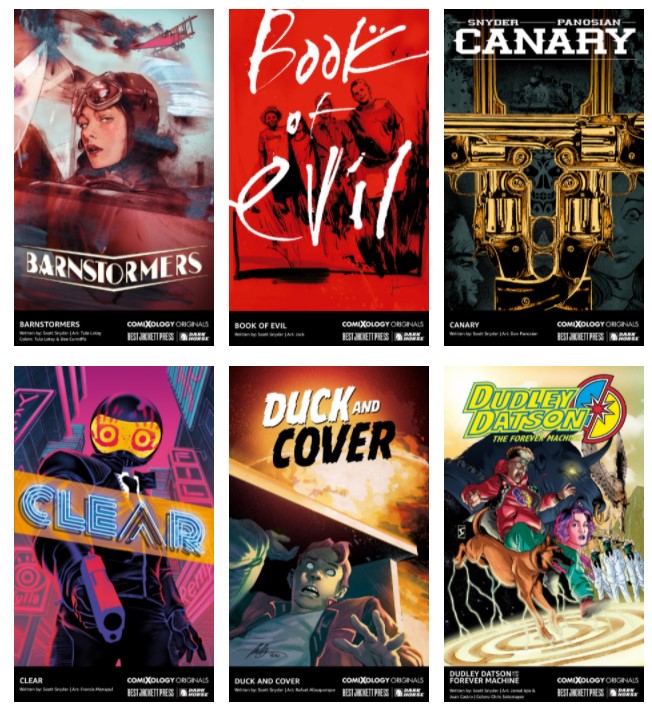 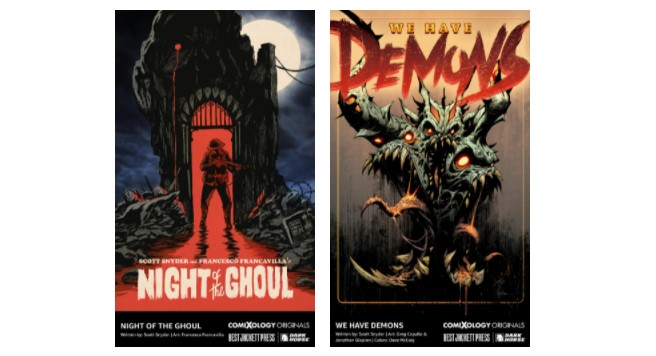 With these new titles, #1 New York Times bestselling writer Snyder is returning to his creator-owned roots and collaborating with some of the biggest artists in comics, including Rafael Albuquerque, Greg Capullo, Francesco Francavilla, Jamal Igle, Jock, Tula Lotay, Francis Manapul, and Dan Panosian. Legendary comics editor Will Dennis is overseeing the titles.

“This historic, multi-title deal with comiXology Originals has enabled us to assemble a murderers’ row of artists and together we’re challenging ourselves creatively to work outside of our comfort zones and really lean into the possibilities of making comics,” said Scott Snyder. “This deal allows me the freedom to explore the kind of storytelling I’ve wanted to try for a long time, while supporting my need to try something that’s not totally comfortable for me.”

“Massive in scope and creative range, these comics embrace all the things you love about Scott Snyder as a writer, while offering stories that are unexpected and new,” said comiXology’s Head of Content Chip Mosher. “Teamed with the best artists in the business, these creator-owned comics range from horror and sci-fi to historical fiction, there’s truly something for everyone.”

The first titles arrive this October. Additional details on exactly how the comiXology Originals’ Best Jackett Press titles will be digitally released will be announced closer to release.

“One of the things I’m so excited about is experimenting to find new ways to build and nurture a community of readers,” said Snyder. “We want each release to be an event and we can’t wait for readers to see what we have planned, whether they’re reading via comiXology Unlimited, print, or both.”

ComiXology Originals titles are available at no additional cost for members of Amazon Prime, Kindle Unlimited, and comiXology Unlimited, and for purchase on the Amazon Kindle Store and comiXology. Prime Reading offers all Amazon Prime members a rotating selection of over a thousand top Kindle books, magazines, short works, comic books, children’s books, and more – all at no additional cost. Kindle Unlimited gives customers access to more than 1 million titles, including thousands of audio books, and current magazines for just $9.99 a month with a free trial period at amazon.com/kindleunlimited. ComiXology Unlimited offers over 30,000 comics, graphic novels and manga for just $5.99 a month with a 30-day free trial at comixology.com/unlimited. 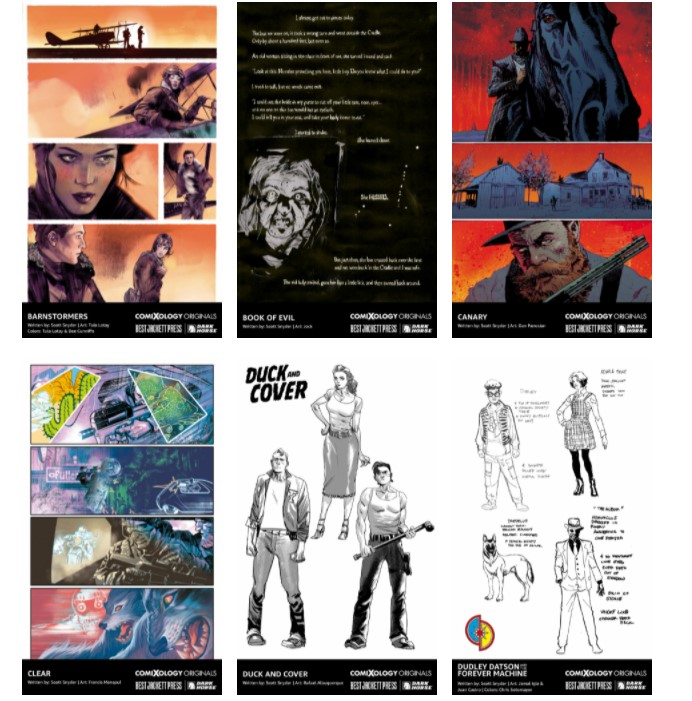 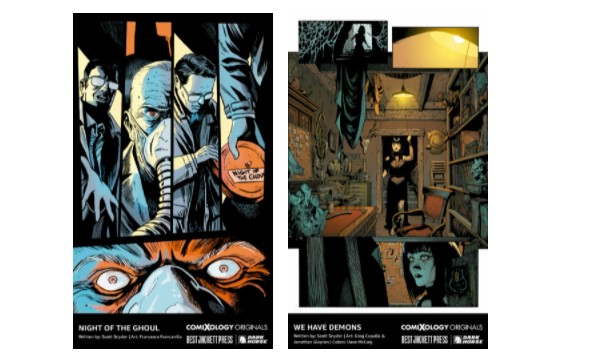