It appears as if the new Predator 5 movie in development at Disney/Fox will be skipping theaters and will get a streaming release on Hulu.

The info was made known in a court case involving the screenwriters attempting to regain the Predator rights as a lawyer stated Predator 5, which apparently is titled "Skulls," will be distributed through Hulu.

The AVP Galaxy fan site also points out that the planned Alien TV series will be getting released on Hulu, so it appears as if Disney's Alien and Predator franchises that they acquired during the Fox deal - likely featuring rated R content - will be released on Hulu, which is basically Disney's version of a more adult content streaming service compared to Disney Plus.

Also coming to Hulu includes the new reimagining of Hellraiser. 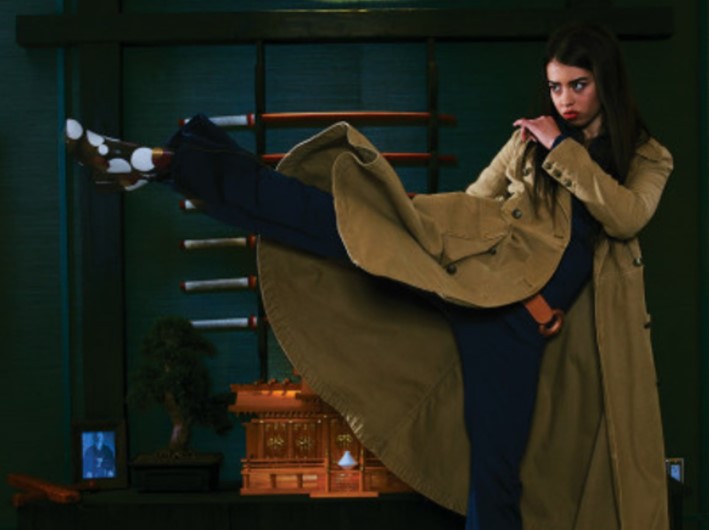 Details for Predator 5 include that it will be directed by 10 Cloverfield director Dan Trachtenberg, Patrick Aison (Jack Ryan) is writing, and the movie stars Amber Midthunder, known for Fox's X-Men series, Legion, as a Comanche woman who goes against gender norms and traditions to become a warrior.

The story will follow Kee, a Comanche woman who goes against gender norms and traditions to become a warrior. Many years ago – in a time before any Europeans had ever encroached on their lands – the Comanche people had a well defined society and gender norms. Kee is very close to her younger brother, Taabe, who is being groomed as a leader. As capable as any young man in the tribe, Kee has always been a teacher and source of inspiration for Taabe. In the Comanche way – she is Patsi – the elder sister that has helped to shape him. Kee is a truth teller and has insight that others do not. A tomboy, she wants to prove herself in the masculine world of the Comanche. When danger threatens them all – Kee sets out to prove that she is as capable as any young warrior.”