Fox Studios officially announces the PG-13 rated version of Deadpool 2 is a go as it will be released for a limited time in December.

Via Deadline, Fox announces Once Upon a Deadpool will have a limited-engagement that begins December 12 and concludes on Christmas Eve.

In addition to a toned down version, Once Upon A Deadpool will feature a framing sequence starring Fred Savage, which is a play on the bedtime-story set-up from the 1987 The Princess Bride movie that featured Savage as a child actor.

Ryan Reynolds also announces one dollar of every ticket sold will be going to the F-ck Cancer campaign, which will follow suit just for Once Upon A Deadpool’s release and also be toned down to “Fudge Cancer.”

“Because it’s the season of giving, we will also be giving $1 for every ticket sold to F-ck Cancer, which will be renamed Fudge Cancer just for this limited time and campaign,” Ryan Reynolds said.

Regarding releasing the PG-13 version, Reynolds offered, “Fox has been asking for a PG-13 basically since the start in 2006. I’ve said no since 2006. Now, this one time, I said ‘Yes’ on two conditions. First, a portion of the proceeds had to go to charity. Second, I wanted to kidnap Fred Savage. The second condition took some explaining…”

It’s noted Once Upon A Deadpool is about three minutes shorter than Deadpool 2, but features eight scenes that were filmed which will be used as interstitial additions to the existing sequel’s footage.

The article further notes the PG-13 version could be used for a release in China, the #2 market in the world, which is something the first movie missed out on.

Regarding Disney and Marvel, which will be taking over the property next year when Disney acquires Fox Studios, it’s said: “The response to the PG-13 repackaging is also being watched closely by the leadership at Disney and its Marvel Studios and may inform the way they incorporate Deadpool into their plans.” 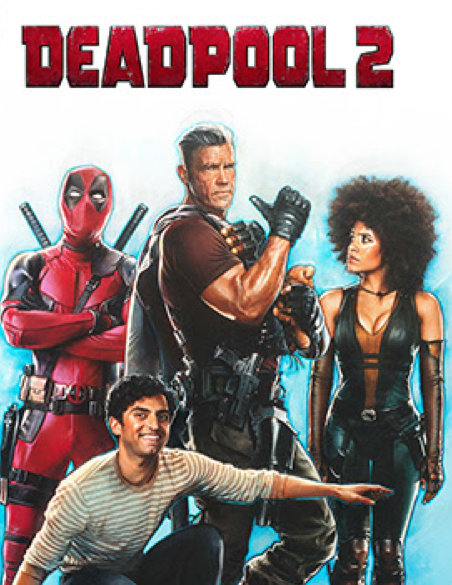