As part of Saturday’s TUDUM online fan event, Netflix has shown off the opening credits to its Cowboy Bebop series.

“It’s time to blow this scene. Who’s in? Cowboy Bebop arrives Nov. 19,” teases Netflix. “Cowboy Bebop is an action-packed space Western about three bounty hunters, aka ‘cowboys,’ all trying to outrun the past. As different as they are deadly, Spike Spiegel (John Cho), Jet Black (Mustafa Shakir), and Faye Valentine (Daniella Pineda) form a scrappy, snarky crew ready to hunt down the solar system’s most dangerous criminals — for the right price. But they can only kick and quip their way out of so many scuffles before their pasts finally catch up with them.”

Check out a batch of first-look images here.

3, 2, 1… let’s jam to this exclusive first look at the title sequence from the upcoming live-action adaptation of the beloved anime series about a ragtag crew of bounty hunters chasing down the galaxy’s most dangerous criminals. 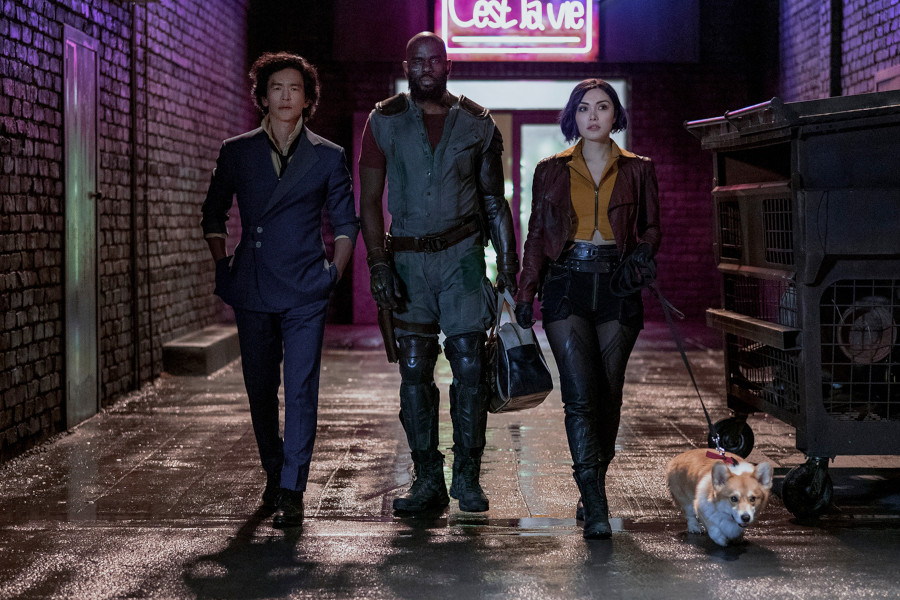