Netflix announces that it is releasing a live-action Avatar: The Last Airbender series, which is based on the hugely popular animated series.

Netflix is bringing back original creators Michael Dante DiMartino and Bryan Konietzko, and they also released the following concept art featuring a look at Aang and Appa (see below).

“We’re thrilled for the opportunity to helm this live-action adaptation of Avatar: The Last Airbender. We can’t wait to realize Aang’s world as cinematically as we always imagined it to be, and with a culturally appropriate, non-whitewashed cast," DiMartino and Konietzko said in a joint statement. "It’s a once-in-a-lifetime chance to build upon everyone’s great work on the original animated series and go even deeper into the characters, story, action, and world-building. Netflix is wholly dedicated to manifesting our vision for this retelling, and we’re incredibly grateful to be partnering with them.”

“We are committed to honoring Bryan and Mike’s vision for this retelling and are thrilled to support them on creating a live-action event series, bringing Aang’s epic world of elemental magic to life for global audiences on Netflix,” said Netflix’s Melissa Cobb, VP Kids & Family Content. 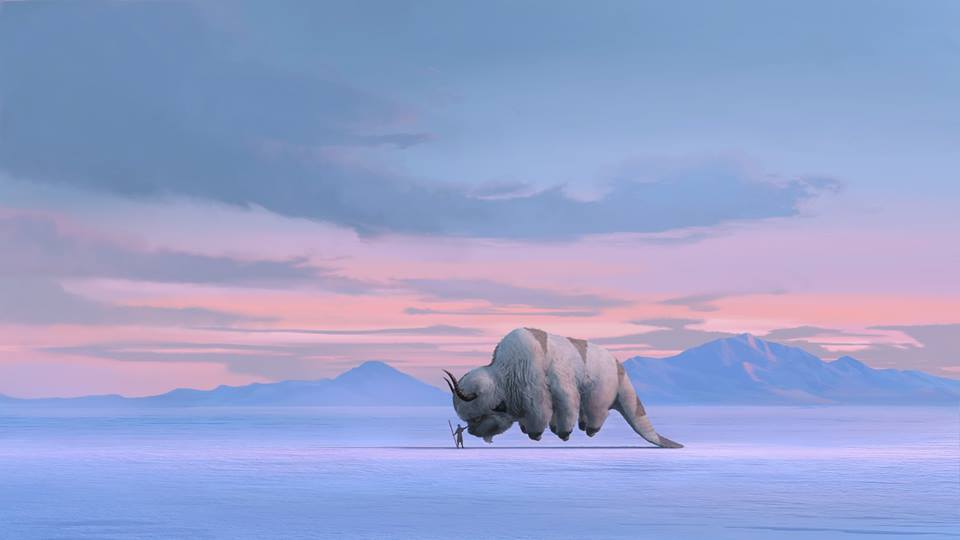