The big Ms. Marvel spoiler ending is confirmed as Marvel.com has posted a pair of articles that confirm the details.

The episode actually saw two big-time spoilers revealed as Kamala Khan is actually revealed to be none other than a mutant, which makes Ms. Marvel the MCU’s first mutant (not Namor, not the X-men), and Brie Larson appears in the post-credit scene as Captain Marvel, and it’s not Kamala Khan shapeshifting into Carol Danvers. 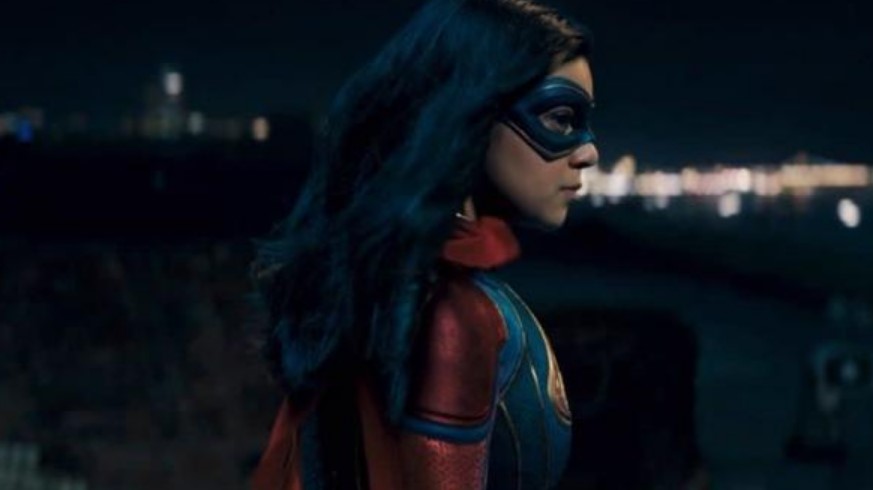 Kamala Khan is a mutant

The article at Marvel.com about Kamala Kahn being a mutant (“‘Ms. Marvel’: What Kamala Khan’s DNA Reveals About Her Genetics”) comes off as really cringe as what Kevin Feige really does is to spit in the face of decades and decades worth of comics, all for the sake of woke politically correct garbage.

What’s so bad is that the series first reveals Ms. Marvel to be some sort of being from another dimension (a ClanDestine), but now it’s revealed she is a mutant, and now she has embiggen powers, and she also needs a magic bracelet to use the crystal powers? Talk about a big mess, which is something that always happens when a woke character is created. So is Kamran a mutant, too?

Are you freaking out? If the answer’s yes you’re in good company, as the cast and crew of Ms. Marvel are also freaking out about this huge reveal (and yes, you heard that music cue correctly).

“Oh my god, best day of my life!” Head writer Bisha K. Ali tells Marvel.com when asked about being able to include that word.

And when Vellani learned this was happening? That’s when she emailed Feige in all caps.

“They sent me, and only me, the draft [of the final episode], and I immediately freaked out,” Vellani recalls. “I emailed Kevin Feige in all caps. I was like, are you doing this like for real? Are you sure? I’m so honored! I was like yelling at him through an email. I was freaking out. This is the biggest deal in the world, and the fact that it’s happening in our show is crazy.”

Vellani also knows that the reaction to this reveal is going to be through the roof. “People are going to lose their minds. They’re going to lose everything. I did. It’s truly a really big deal.”

Elsewhere on set, the whole crew was freaking out and giggling, too. As Lintz recalls, “I remember…you could just hear in the background [the crew] all screaming and the excitement and joy that they had was really, really funny. It’s a very big moment. I was just blessed and lucky enough to be able to share that with Iman and everybody else.”

Vellani still can’t believe she’s allowed to even say the word out loud now. “It makes me so excited, I can’t even put it into words. I feel very, very honored, very, very lucky.”

“I feel so excited as a viewer of my show. The Bisha teen fan girl in me is like, ‘I can’t believe it.’” The writer recalls. “And the fact that it’s Kamala — it’s her. It’s like her wildest dream already came true over the show [gaining powers], but then we just gave her one more bit of the dream. It’s incredible. I’m overjoyed.”

The showrunner also fills in Deadline:

As Bruno says, there’s a mutation in her DNA. I think the music cues have a lot to tell you about what’s to come. [Note: The music playing during that scene is the theme from the X-Men animated series from the 1990s. Ali would not elaborate further on the connection.] 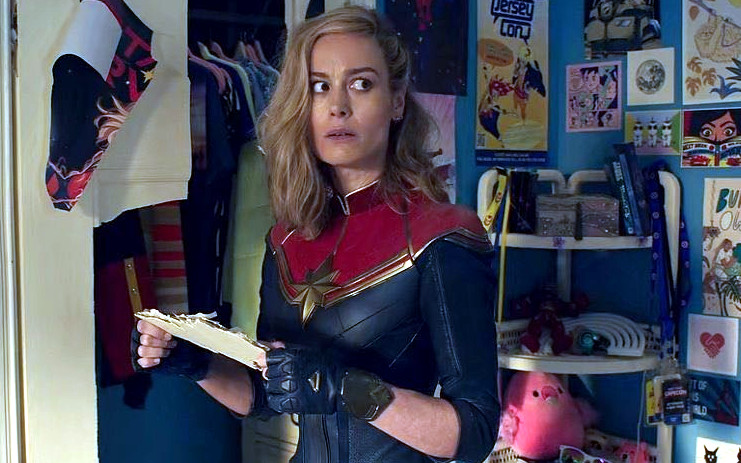 As I thought, the Ms. Marvel post-credit sets up The Marvels as it features Brie Larson as Captain Marvel, with Marvel.com confirming in their write-up of the episode (“Sloth Baby Productions Presents: ‘Ms. Marvel’ Episode 6”):

Sometime later, Kamala collapses on her bed, with her mother calling from downstairs that it doesn’t sound like she’s doing science homework. Kamala groans, and that’s when she notices the bangle on her wrist is illuminating. As she gets up to take a better look at it, she’s suddenly sucked away via some unknown force which in the process destroys her closet door. When the dust settles, Captain Marvel stands up and takes one look around Kamala’s room and all the pictures, posters, and images of her plastered on the walls. Oh no.

That is Carol Danvers in Kamala’s bedroom. What you’re seeing is exactly what you think you’re seeing. That’s her, there’s no magic there. All I can say beyond that is to enjoy the movie in one year’s time.

I wasn’t there when it was shot but seeing it was incredible! Also, her new suit looks so good with how it coordinates with Kamala. It was delicious! The joy I felt seeing her standing in Kamala’s bedroom I can’t describe. It was perfect. That’s been Kamala’s place for safety and where she expresses herself. So seeing Captain Marvel standing in that space, there’s just so much joy in that scene.

In my review, I theorize that Carol Danvers finds another bracelet and activates it (look at her left wrist above), which causes her to switch places with Ms. Marvel. In the comics, it’s sort of similar to the original Captain Marvel and Rick Jones as they share the Nega-Bands which enables the two to switch places from the real universe to the Negative Zone. Let’s just hope Carol doesn’t activate it in the vacuum of space. Whoops!