In something that looks like its straight out of one of his sci-fi movies, Maze Runner director Wes Ball took to Twitter to show off an eerie video he produced of the West Coast sky colored with orange and red hues.

The video features footage of San Francisco including the Golden Gate Bridge covered in red and orange which is caused by wildfires that caused the sky to turn red, with an added music score. 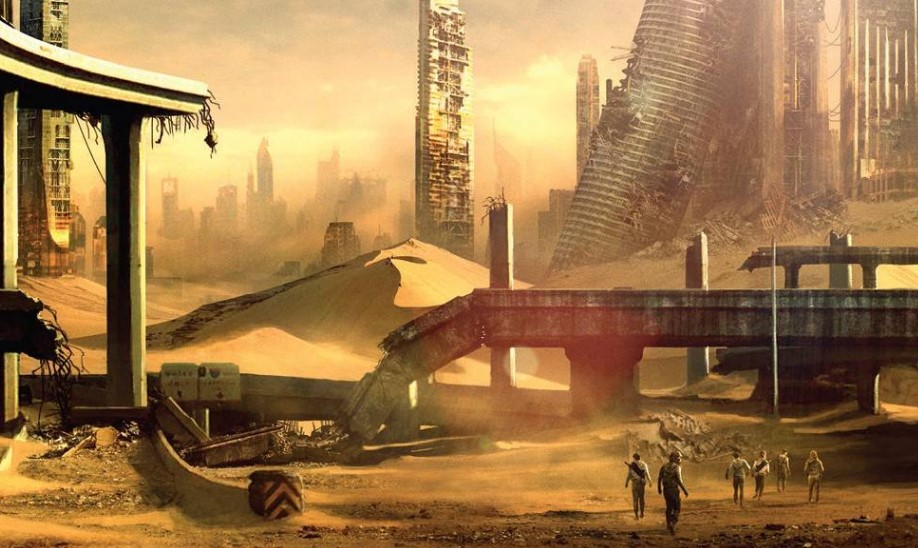 The wildfires have broken out in California, Oregon, and Washington which have generating enormous clouds of thick smoke that have blanketed much of the Pacific Coast, affecting visibility and air quality (via The Atlantic), and some of the fires are still going.

While Wes Ball, who directed The Maze Runner: The Scorched Trials (pictured above), also tweeted that climate change is to blame, the cause of most of the wildfires is actually people as the El Dorado Fire, which has grown to more than 10,000 acres, was ignited when a family used a “pyrotechnic device” to announce the gender of their new baby (via the NY Times) and had nothing to do with climate control.

Another cause is when a driving a car sends soot into dry vegetation and sparks a fire, which was the case with the Apple Fire in Southern California earlier this year.

Additional causes for the wildfires include power transmission lines or other utility equipment, which may spark and ignite fires in remote areas.

Still, other causes are natural which include falling trees knocking down power lines such as in Oregon, and this year saw some of the biggest fires started by unusual lightning storms.

What makes the matter worse is that once the wildfires get started, fierce winds whip up and blow them out of control up and down the West Coast causing billions in damage, and killing and harming a large number of people and animals.

Incredibly vast extent of smoke this morning along the U.S. West Coast.

The 2020 fire season is off to a staggering start, far outpacing last year. Thousands of people on the West Coast are under evacuation orders, and more red flag warnings were issued today. https://t.co/xAWmLC0HkB pic.twitter.com/MOJySRkdnq

Bobcat fire in the Angeles National Forest above Monrovia and Sierra Madre grows to nearly 20,000 acres – no containment. https://t.co/4GGqLTH8yq pic.twitter.com/OGm5upagVx

New evacuation orders have been issued for the Bear Fire near Oroville, north of Sacramento and south of Chico. Mandatory evacuations are spread across parts of Plumas, Butte, and Yuba counties.​ https://t.co/czojvraaIL pic.twitter.com/6JqYzHDKG7