The one-and-done Marvel’s MODOK animated series debuts a new trailer and poster as the show debuts on Hulu next month.

The series will consist of only one season and centers on the titular character, an egomaniacal super-villain who struggles to maintain control of his evil organization after it is bought by a multinational tech company, all while juggling the needs of his demanding family. 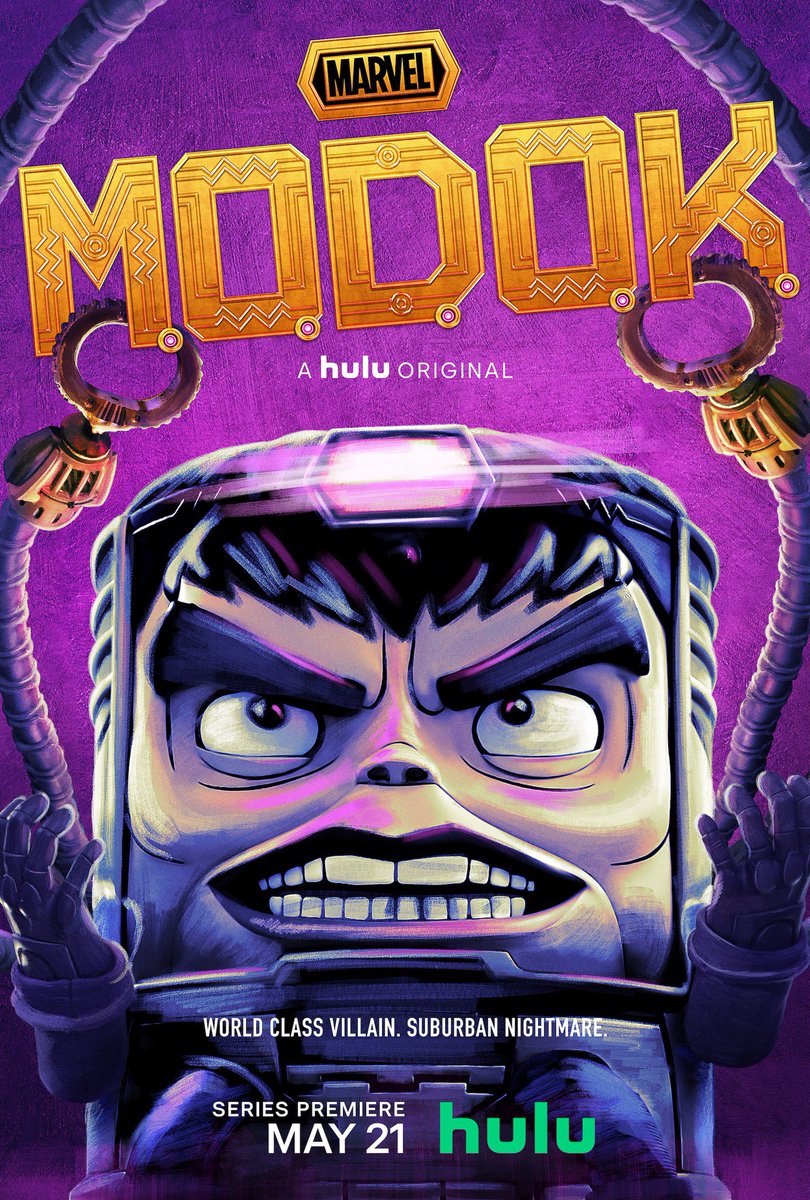 Hulu’s new adult animated comedy series “Marvel’s M.O.D.O.K.” premieres all 10 episodes Friday, May 21. In “Marvel’s M.O.D.O.K.,” the megalomaniacal supervillain M.O.D.O.K. (Patton Oswalt) has long pursued his dream of one day conquering the world. But after years of setbacks and failures fighting the Earth’s mightiest heroes, M.O.D.O.K. has run his evil organization A.I.M. into the ground. Ousted as A.I.M.’s leader, while also dealing with his crumbling marriage and family life, the Mental Organism Designed Only for Killing is set to confront his greatest challenge yet!