Marvel Comics and Rob Liefeld are launching a new X-Men character with Major X, who will be introduced in an all-new, six issue mini-series event written by Liefeld with art by While Portacio and Brent Peebles.

The major (pun intended) new Marvel published Comic is a brand new X-character event from the creator of Deadpool, Cable, X-Force, and Domino, that recalls the 90's era art and storytelling that Liefeld made so popular. It is a 6 part event mini-series, shipping twice a month from April to June scripted and drawn by Liefeld with additional art from Whilce Portacio (X-Men, Image Comics) and newcomer Brent Peebles (Teen Titans), in his Marvel debut. It introduces never before seen conflicts and a whole new world of characters in a realm called the X-istence alongside already long-established characters like Cable and Wolverine. Marvel is thrilled in its 80th Year to be re-teaming with Liefeld, with whom they have had an illustrious relationship with for over 30 years to bring the exciting new mystery "Who Is Major X?". Trust us when we say you will want to know!

WHO IS MAJOR X?

A mysterious new player has joined the Marvel Universe…

New York, NY—January 18, 2019 —Who is Major X? This April, the truth will be revealed in an all-new, six issue mini-series written by the creator who introduced the world to Deadpool, Cable and X-Force: industry legend Rob Liefeld!

“To me, the X-Men have always thrived on big ideas, crazy ideas,” Liefeld said in an exclusive interview with Entertainment Weekly. “Major X introduces a new character who is certain to mix up everything in the X-world. He hails from another existence, which is called the ‘X-istence’ — a mutant Shangri-La, a safe haven that has been a realm where mutant kind has lived in peace and harmony. They escaped there following a tragedy that befell mutant kind, and built this community…but then a terrible event happens within the X-istence that causes Major X to cross over and land in the Marvel Universe that we know.”

C.B. Cebulski, Editor-in-Chief of Marvel, said “I still remember when Rob made his Marvel debut, and the impact his art and storytelling had on comics. The energy and enthusiasm Rob brings to comics and every page he draws is still felt to this day, and it’s a joy to have him return to his roots with the X-Men. Rob may have started developing these X-ideas 30 years ago, but his story will leave an indelible mark on our modern mutants!”

The mystery of MAJOR X begins this April! Head to Marvel.com for more information. 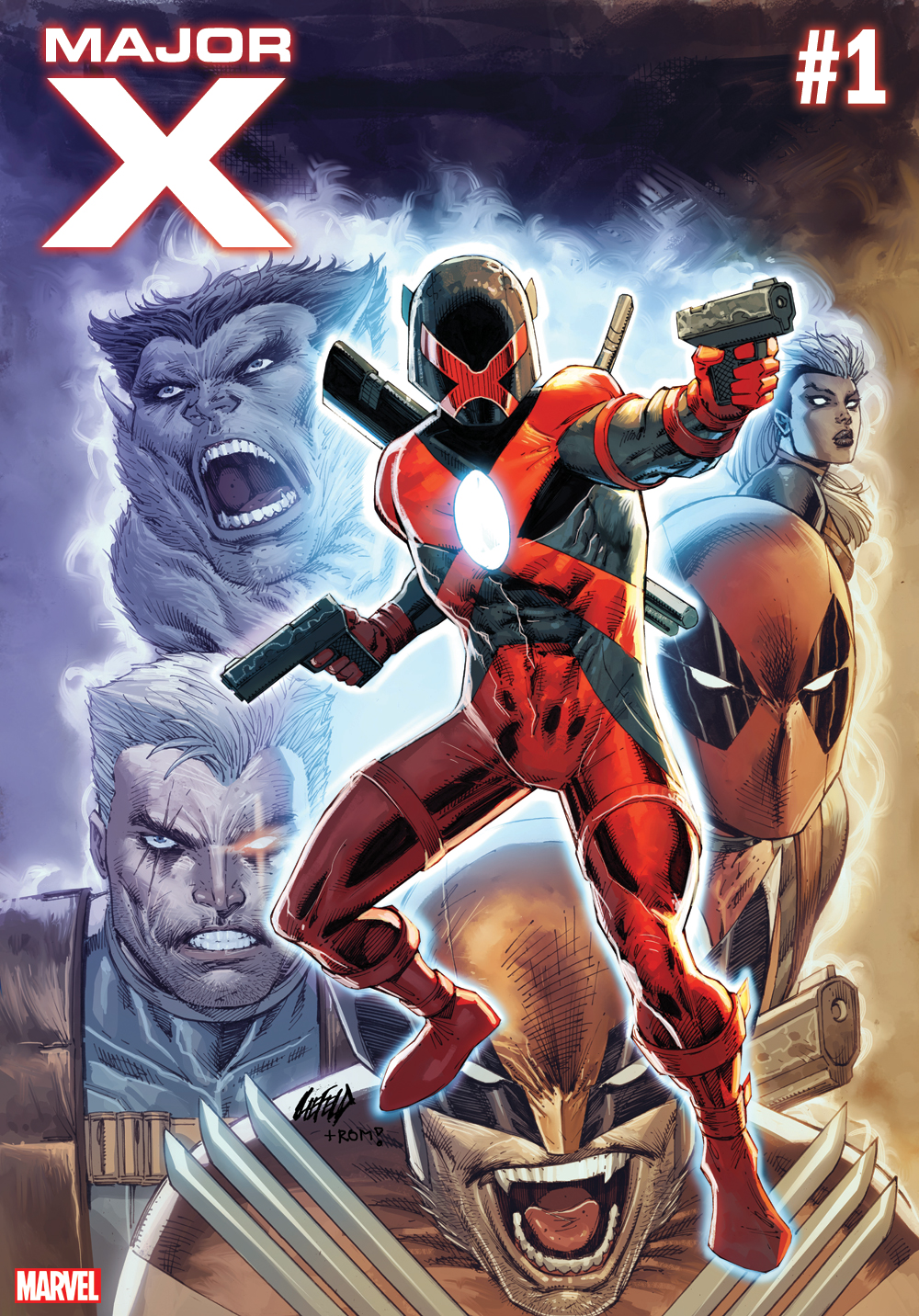