While the Disney Star Wars movies have been a big-time disappointment, fans are hoping the Disney Plus The Mandalorian series is a lot better, especially with Iron Man director Jon Favreau on board to oversee things.

Check out a cool new image (via EW) below that promises at least Star Wars on TV might be pretty good as a pic is released featuring Pedro Pascal as The Mandalorian battling a pair of Trandoshans. Fans will recall that the Bounty Hunter Bossk who appeared during Darth Vader’s bounty hunter roll call in The Empire Strikes Back is of the same reptilian race.

Watch the new trailer below as well. 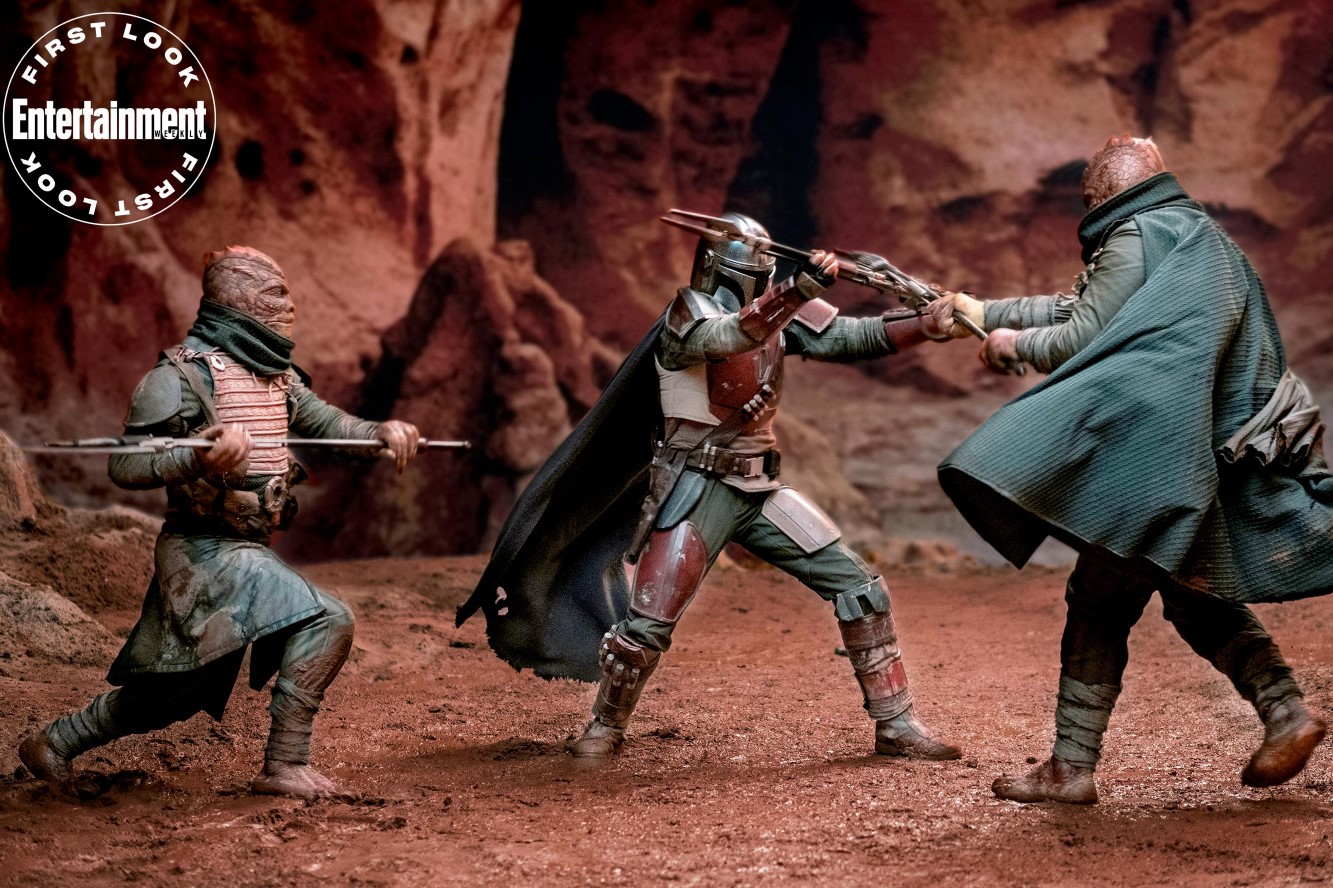 Star Wars The Mandalorian comes to Disney Plus in November

The Disney Plus streaming service launches Nov. 12 and will have the first episode available.