Watch a new clip from the upcoming Justice Society: World War II animated movie featuring The Flash vs the Nazis.

Surprised to find himself in World War II, but instinctively aware of his new role, The Flash (voiced by Matt Bomer) makes quick work of a platoon of Nazi soldiers terrorizing a war-torn village.

Warner Bros. Home Entertainment will also celebrate Justice Society: World War II at WonderCon@Home with a star-studded panel during the virtual experience on Saturday, March 27 at 11:00am PT.

The new animated film finds modern-day Barry Allen – prior to the formation of the Justice League – discovering he can run even faster than he imagined, and that milestone results in his first encounter with the Speed Force. The Flash is promptly launched into the midst of a raging battle – primarily between Nazis and a team of Golden Age DC Super Heroes known as The Justice Society of America. Led by Wonder Woman, the group includes Hourman, Black Canary, Hawkman, Steve Trevor and the Golden Age Flash, Jay Garrick. The Flash quickly volunteers to assist his fellow heroes in tipping the scales of war in their favor, while the team tries to figure out how to send him home. But it won’t be easy as complications and emotions run deep in this time-skipping World War II thriller.

Produced by Warner Bros. Animation, DC and Warner Bros. Home Entertainment, the all-new feature-length animated film arrives on Digital starting April 27, 2021, and on 4K Combo Pack and Blu-ray on May 11, 2021. 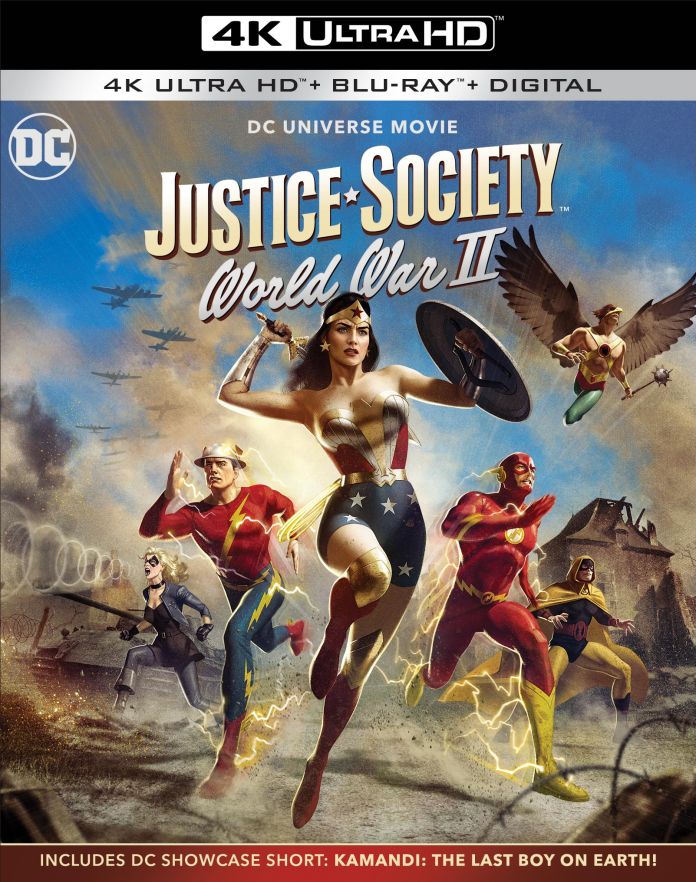